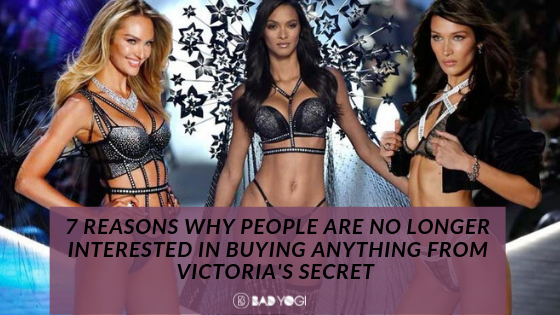 Everyone is familiar with the famous lingerie brand Victoria’s Secret. They’ve been massively successful for many years, but the tide seems to be changing, and the reasons why are pretty obvious once you start to look at how the company approaches its customers.

According to CNN Business, Victoria’s Secret hasn’t been doing all that well in the sales department. An analyst from Wall Street actually thinks that the company’s days are pretty much numbered, saying that time may be running out for L Brands, the retailer’s parent company, to fix it. There are a number of reasons why the company is losing customers, and they’ll have to do something fast if they don’t want to become irrelevant.

1) Victoria’s Secret is not keeping up with the times

Citigroup analyst Paul Lejuez actually downgraded L Brands’ (LB) shares from a “buy” to a “neutral” rating. He also lessened the price target from $35 a share to $27 and expressed concern that the company is too slow in trying to implement some meaningful changes to start appealing to a wider market. He added that cultural norms are shifting away from the company – this means that, if they don’t do something soon to appeal to everyone, they’re pretty much going to blink out of existence. 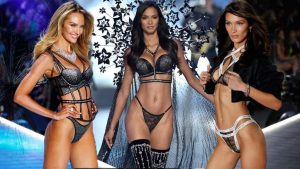 Victoria’s Secret seems to be completely out of touch with what women want these days.
Image: Getty Images

The real problem seems to be the fact that Victoria’s Secret is really struggling to adapt to current times – when the #MeToo era started, many started to criticize the company’s advertising where models are posing in lingerie. The company hasn’t gone to any great lengths to change the way it does things, despite all of the criticism it received.

Victoria’s Secret’s reliance on push-up bras also seems to be their downfall these days. Women rather prefer the custom-fitted bras from the company’s main competition – and we don’t blame them. 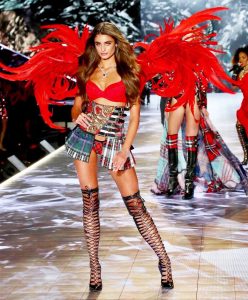 These days, people often choose comfort over fancy, something the company doesn’t seem to be taking into account.
Image: Getty Images

A lot of people prefer comfort over anything else. Women now rather buy their favorite lingerie from brands like ThirdLove, Lively, and Aerie (which is owned by American Eagle Outfitters). The main difference between Victoria’s Secret and these brands? The latter really works hard to promote inclusiveness, providing lingerie for women of all shapes and sizes. Aerie’s models aren’t photoshopped at all, and they use models that represent all body types, unlike Victoria’s Secret, which still uses the stereotypical “skinny-as-hell” models to advertise their brands. People are so done with that.

3) The company is struggling to take an “authentic leap”

So, with all their rivals getting all their clients, why hasn’t Victoria’s Secret taken the leap to the other, more inclusive side of the lingerie industry? Well, according to Lejuez, it’s not as easy as it seems. He fears that it may be too little too late for L Brands to turn around the company. Why? Lejuez says that if the company doesn’t plan their next move very carefully, any changes they make towards inclusivity might come off as being inauthentic. 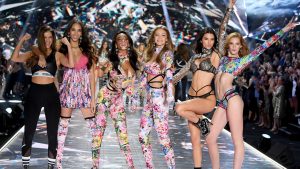 The company’s attempts to be more inclusive hasn’t been good enough, and a lot of people don’t seem to be interested in what they have to offer anymore.
Image: Photo by Dimitrios Kambouris/Getty Images for Victoria’s Secret

The predicament is real – for a company that has put out the image of “skinny is the only pretty” for so long, it’s hard to take a leap into the opposite direction without looking inauthentic. Most people probably won’t buy their products and see it as a fake fad to make money. Also, Victoria’s Secret still has a solid customer base, even though it’s starting to decline at a rapid pace. Lejuez says, “It will be a tough balancing act to attract new customers without alienating its existing customer base. While we still think a change toward inclusivity is the right move, a move in that direction might be more difficult to pull off.”

Lejuez isn’t the only one who sees huge potential problems coming Victoria’s Secret’s way – James Mitarotonda, the CEO of activist hedge fund, and L Brands investor Barington Capital, also urged the company to start making big changes at the beginning of the year. Mitarotonda wrote a letter to Leslie Wexner, the founder and CEO of L Brands, asking him to take action – and fast.  In the letter, Mitarotonda urged the company to “take swift action to improve the performance of Victoria’s Secret, by, among other things, correcting past merchandising mistakes and ensuring that Victoria’s Secret is communicating a compelling, up-to-date brand image that resonates with today’s consumers.” 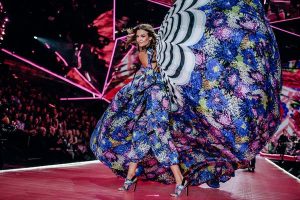 Women are more interested in seeing models that promote inclusiveness, and Victoria’s Secret is not doing that.
Image: Getty Images

Mitarotonda even made some suggestions regarding the changes that could be made, like considering a Victoria’s Secret spinoff. This might solve the problem of looking inauthentic. When you give something a new name, people tend to be more forgiving, even if it’s a branch of the same company.

5) The company needs to step up its game

L Brands actually responded to Mitarotonda, saying that they have been taking steps to improve the performance of the company, like closing its Henri Bendel brand and selling its La Senza business. It also launched some new products at PINK and Victoria’s Secret and slashed its dividend. Still, L Brands are currently one of the worst performers in retail and the S&P 500 as of late – the company lost more than half its value in the past five years. Clearly, it needs to do a lot more than it’s are currently doing if it wants to maintain any sort of client base in the future.

6)The CEO has connections with shady people

Another problem that plagues the company is CEO Wexner’s connection to money manager Jeffrey Epstein. Epstein has been charged with the sex trafficking of minors, and even though he’s pleaded not guilty, everyone knows that Wexner was a client of Epstein’s way back. Wexner, however, says that he severed ties with Epstein 12 years ago. The problem here is the fact that people still connect him with Epstein, and that’s not helping the company’s declining sales at all.

7) Models don’t speak well of them

With so many lingerie companies going to great lengths to be more inclusive, it’s no wonder that Victoria’s Secret is struggling to keep its clients. It also doesn’t help that some of its former models, like Karlie Kloss, has opened up about why she left the company, saying that she didn’t like the message the brand was sending and no longer wanted to be a part of it. 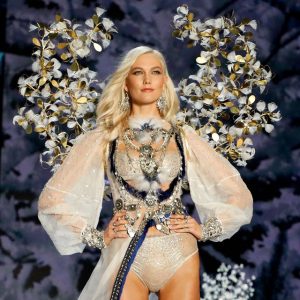 Kloss recently revealed that she left the company because she didn’t approve of the way they portray
women.
Image: Taylor Hill, Getty Images

According to Elle, Kloss said that she left Victoria’s Secret because of the way they portray women.

“The reason I decided to stop working with Victoria’s Secret was I didn’t feel it was an image that was truly reflective of who I am and the kind of message I want to send to young women around the world about what it means to be beautiful. I think that was a pivotal moment in me stepping into my power as a feminist, being able to make my own choices and my own narrative, whether through the companies I choose to work with, or through the image, I put out to the world.”

It’s pretty clear – Victoria’s Secret needs to implement change, and soon, or it will become the lingerie brand that was, instead of one that is still loved by future generations of women.

What do you think of the way Victoria’s Secret portrays women? Do you agree that they need to change their appeal to become more inclusive? Drop your thoughts in the comments.