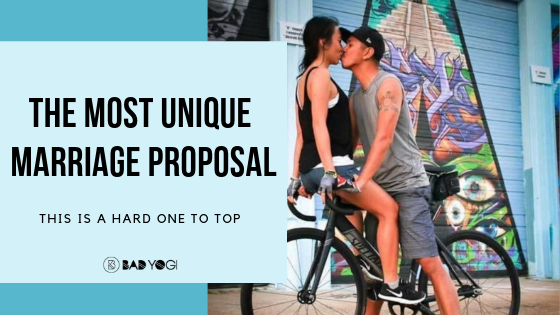 The Most Unique Marriage Proposal

Most of us tend to dream about the perfect guy or lady, the perfect relationship, and then, of course, the perfect proposal. As we all know by now, perfect doesn’t exist, but there’s this one guy that pretty much nailed the proposal part.

Thinking of a creative proposal

Jon Blaze and Thao Nguyen, both from Texas, bonded over their love for cycling, so when Blaze decided that he wanted to ask her to spend forever with him, he knew he wanted to include cycling in the proposal. After some thought, he came up with a brilliant idea.

According to Yahoo News, Blaze took Nguyen on the bike ride of her life, full of crazy twists and turns. The crazy 15-mile ride had a divine purpose though – when the ride was finished, Blaze took out his phone and opened Strava, the GPS-based running and cycling app. It turned out that the ride was so full of twists and turns because Blaze was actually spelling two words. The Strava app showed it in clear, red letters: Marry Me. Yeah, try to top a proposal like that. 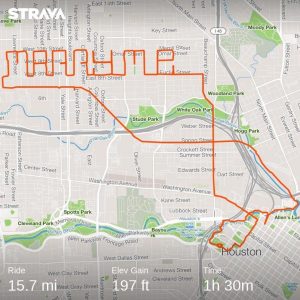 Nguyen didn’t see the proposal coming at all. The second she saw the message, her annoyance turned to shock, which then turned into amazing joy. She clearly loved how Blaze had incorporated their love for cycling into the proposal. Who wouldn’t?

Blaze admits that he was quite nervous the entire ride and was glad when it was all finally over and he got the yes he hoped for from Nguyen. He happily announced the engagement on the Instagram page he and Nguyen co-manage, called “cycling.couple”.

People had some hilarious reactions to the proposal

Blaze was well-prepared for the affair, so naturally, he had a photographer on standby to capture the moment. According to ABC News, he also shared the moment on a bicycling sub-Reddit, and people came up with some hilarious responses. One commenter said, “If she played along with that bonkers route she’s a keeper for sure.” Another said, “When you turned around in the middle of the street a couple of times, did she ask you what’s going on? – Did you reply: ‘trust me’.” to which Blaze replied, “I told her we’re gonna ride a crazy route today. Don’t ask any questions, just follow along.” Another joked, “By the second switchback in the first ‘A’, I would have kicked your ass. She’s definitely a keeper, with patience like that. 🙂 Congrats!” We agree. They clearly are made for each other.

On to the next adventure

The couple is planning to get married in November and then spend their honeymoon in London to go watch the Texans vs. Jaguars game. Blaze told ABC News that they are both big football fans and love the Houston Texans. Well, they sure seem to have it all planned out. After a proposal like that, we bet that the rest of their lives together will be just as adventurous.