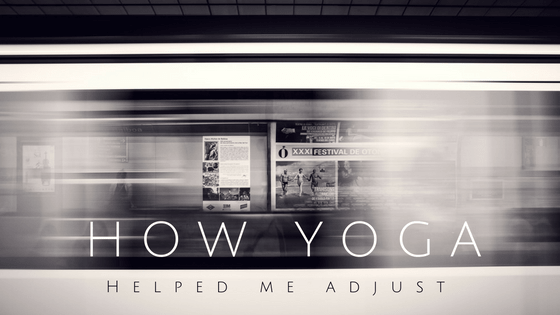 How Yoga Helped Me Adjust

I first started doing yoga regularly while working in Mexico. I came across some article somewhere when I googled “ways to help you fall asleep.” This article suggested inversions.
What? Going upside down helps you sleep?

I was having difficulty winding down after work and would lie awake for hours even though I was exhausted. I was desperate for anything.

The natural progression after hanging off the side of my bed and propping my feet on the wall was the discovery of yoga videos. Eventually I found these 10 minute ones with this person whose voice was not annoying (spoiler alert: it’s Erin.).

I started doing these regularly and eventually they became a part of my two-hour wind down routine. Besides yoga, this included in this wind-down routine is a shower (that’s actually supposed to wake you up rather than put you to sleep so I usually do this before yoga), a couple Netflix shows, and a book—-or two.

This practice followed me to grad school. My schedule was never steady, but I did notice a difference in my sleep pattern when I would do yoga consistently versus when I decided to skip it a couple days.

Around this time, I began to experience these weird aches and pains as I approached my thirties. (uncool, body, uncool). It was almost magic the way these short routines would loosen the joints and help me pretend the aging process wasn’t actually happening.

After graduate school, I found myself in a metropolitan city where my commute was no longer spent in a car but rather on a bike and a metro. After a few weeks, I started noticing my hips would be sore at the end of the day and the rest of my body achy from walking, biking, and sitting.

You might be thinking, “Get better shoes!” And while I’d happily seize any opportunity to add to my wardrobe, I found another way. I decided to turn to the tried-and-true yoga routines that I would do to wind down in the evening. It was always super simple, such as sitting on the kitchen floor as I waited for my Costco salmon and rice orzo to finish cooking. A couple double pigeons with a twist and I would start feeling the difference.

While my yoga practice has always remained private, I’ve so joyfully noticed its impact on every twist and turn in this crazy life that I decided I couldn’t keep it a secret any longer. One day, I sent an email to my coworkers, inviting them to join me for a ten minute yoga video on a Tuesday. I was sure to remind them to wear pants to work, to which one colleague responded, “Yay, I get to wear pants!” (He’s a dude, so his enthusiasm was adorable). I only tell that story to say, while yoga helped me adjust in three major cities it also helped me make friends-—making life feel a little less upside down.

How about you, yogis? Has yoga helped you fall asleep, make friends, or anything else? Tell us below! 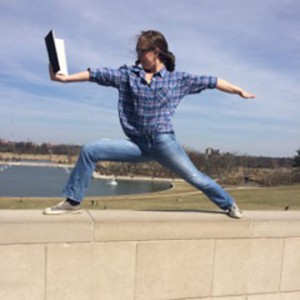 Katherine is a grad student and youth worker in St. Louis. She credits Bad Yogi for the reason she will graduate with at least half of her sanity still intact. Check out her blog at www.katherinespearing.com .