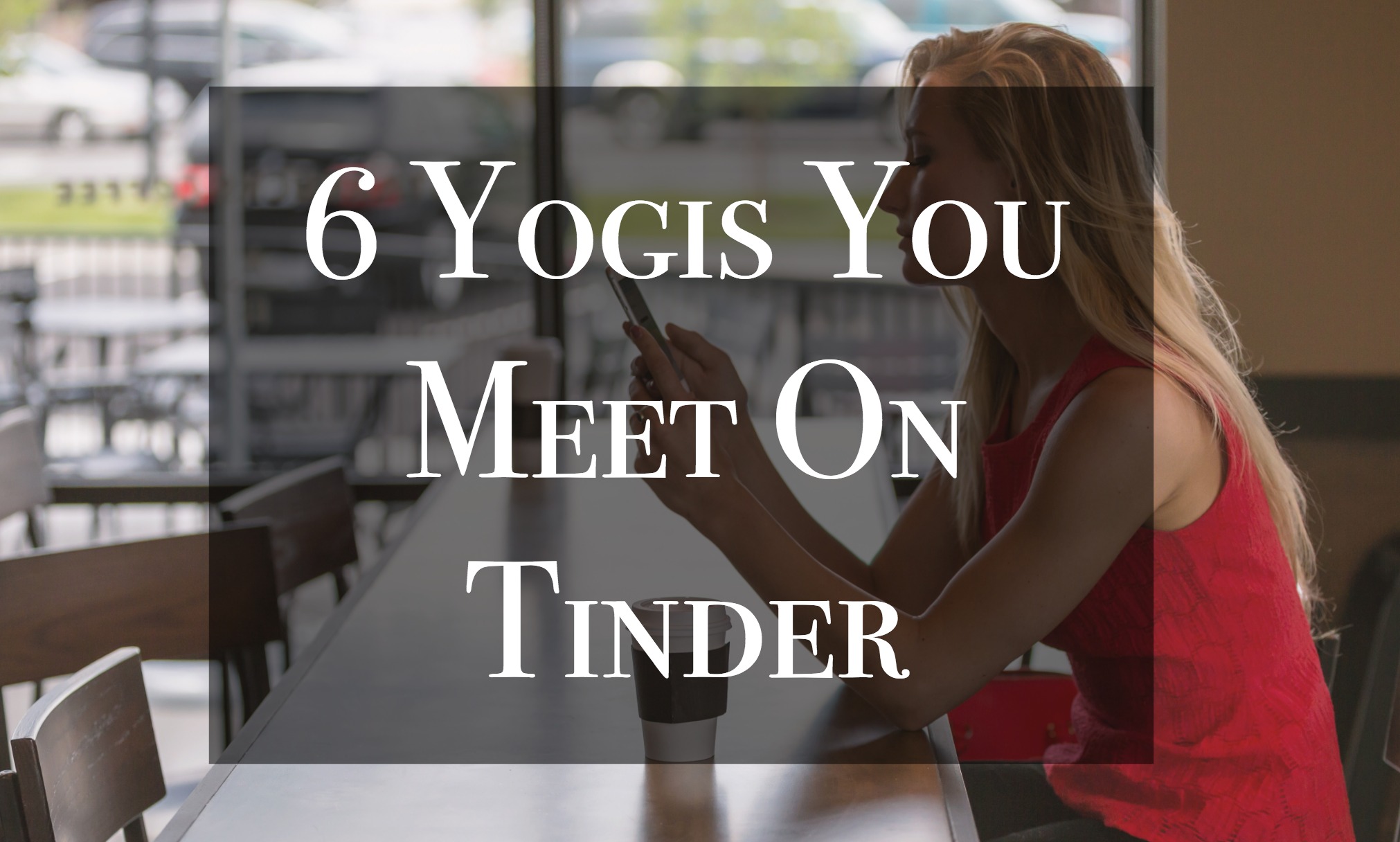 6 Yogis You Meet On Tinder

Finding a yoga style, studio and teacher that suit you is a lot like dating: there’s so many candidates out there you don’t even know where to start.

Trying them all seems daunting and time consuming. Certain ones seem way out of your league. Competition from other women is fierce. What you see online doesn’t always correspond to reality. You’ll swipe left a lot and you’re destined to go on a number of uncomfortable dates. But in order to find The One (or, in case of yoga, The Ones) you have to go out there and see for yourself.

If only there was a way to link yoga styles to personalities: if yoga styles were men, what type would they be?

Mr. Bikram is the tough type. Powerful. Forceful. Loud. Think investment banker, stock trader, hedge fund manager. The A-type personality on steroids. He is well-respected, in control, fearless. His talent, success, and charisma will swipe you off your feet. Mr. Bikram has an intense drive and energy. He is looking for someone to complete his Power Couple dream, though most women feel intimidated by him. As a real alpha-male he loves bringing home the bacon. He’s best in class, obviously. He is demanding and self-centered.  The word ‘relax’ does not exist in his dictionary. He doesn’t have much patience. He may come off as aggressive, arrogant, and/or arguing, when actually he’s just sharing his opinion.  Mr. Bikram loves risky activities like skydiving or cliff-jumping to get that adrenaline going. He enjoys running marathons, triathlons, any type of -on, because that’s what his athletic body and stamina are made for. Mr. Bikram doesn’t do ‘feelings’. What he does do is overdo things, which can lead to exhaustion and burn-out. Another A-type personality, Mr. Ashtanga is intense and fast-moving (think CEO, attorney, CPA). He is an extrovert, a do-er driven by the need to succeed. He works hard and plays hard. He really enjoys life, if he has time that is. Mr. Ashtanga is physically fit and attractive. He loves sports that focus on strength and endurance. He’s into Crossfit, competitive rowing, and can be found in the gym frequently. He knows how to suit up and dress well. Prepare for lots of competition because Mr. Ashtanga is popular in the dating scene.  You can follow him on Instagram where he posts pictures of himself looking, well, amazing. There’ll probably be amazing-looking women in those pictures, too. Mr. Ashtanga believes that love and acceptance are based on his achievements and success. He is dependent on external approval and recognition. Mr. Vinyasa is a mix of A and B type personalities. He’s creative and works in publishing, marketing, or owns his own start-up. Mr. Vinyasa is full of surprises; you never know what you can expect. He is laid back, and doesn’t like strict formats or plans. Some may be more spiritual; others are more athletically-oriented. Mr. Vinyasa is into surfing, hiking, sailing. He dresses well and casually, as though he didn’t make any effort (we all know that ain’t true). Tattoos are common among this type. Mr. Vinyasa is tough but sensitive, he wants you to be happy. He also wants you to be in love with him, and he’ll seduce you easily. On the downside, he can suffer from mood swings and he’s afraid of commitment (proven by his history of many and short relationships). He uses several (lame) excuses to explain why he hasn’t met the right woman yet. He says he still has plenty of time to settle down.

Is a B-type personality: introverted, relaxed, peaceful and easy-going. Works in HR or in the public sector. Instead of making things happen, Mr. Hatha lets things happen. He appreciates the importance of emotions in life and love. He’s very much in touch with his feelings and doesn’t mind discussing his deepest emotions with others, all the time. Mr. Hatha wants you to find inner peace and will do everything to help you achieve that. He is a good listener. He loves poetry and long walks on the beach. He respects women, sometimes more than he respects himself. Mr. Hatha tends to get along to get along. He avoids conflict and does not prioritize his own needs and opinions. He doesn’t enjoy making decisions and is afraid of rejection. He never gets angry. Mr. Hatha believes he’ll find love and connection by focusing on fulfilling other peoples’ needs. He loves biking around town or in nature (with you), and/or cooking (with you), or a deep conversation (with you) over a good glass of wine. This is a C-type personality. Think Greenpeace activist or alternative medicine therapist. Mr. Yin lost his innocence a long time ago, after realizing the world is harsh and unjust. He has felt vulnerable ever since. He longs for a deep sense of emotional connection with the world and with the people around him. Mr. Yin often feels disappointed by life, and is looking for self-acceptance and self-appreciation. He may live in a commune. Mr. Yin is in his element when doing nothing. Others might call him lazy, he says he’s meditating. He meditates a lot. Likely plays the flute or the harmonium. And meditates. A lot. Mr. Yin only wears comfortable clothing, such as traditional Indian garb. Mr. Yin is extremely patient and not afraid to show his deepest emotions. He is looking for that special person he believes to be the ultimate fulfilling and the one thing that is still missing from his life: you. A.k.a. the Patient Perfectionist. Think librarian, architect, document-controller, maybe even something in insurances. Mr. Iyengar is detail-oriented. He loves to show and share is wisdom. He loves setting and sticking to rules. He likes making to-do lists. Mr. Iyengar is never late and always prepared. He has a critical inner voice and is focused on correcting error and getting things right. He doesn’t tolerate his own mistakes, or yours. He often feels guilty and worried for not being perfect. He will do everything to make himself, you, and your relationship perfect. Mr. Iyengar loves to be in control and he can come across as feeling superior. He loves to be right, which means that in his view, you’ll often be wrong.

Would you swipe left or right? 😉 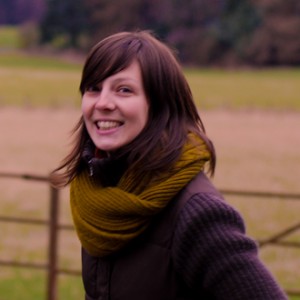 Cindy is a curious traveler, expat, Netflix addict, and food lover (the eating part, not the cooking part). When she isn't practicing ashtanga or dancing it out with friends, she is probably making travel plans. You can follow her adventures, including neat travel tips and tricks, on www.thewhiterabbit.me