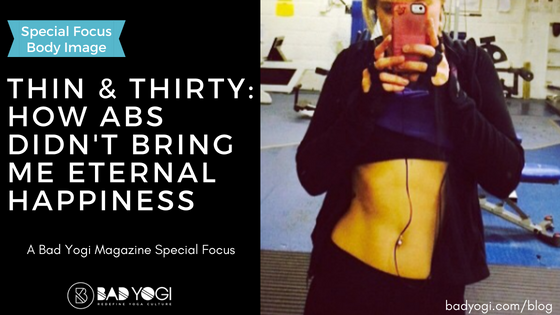 Thin and Thirty : Why Abs Didn’t Bring Me Eternal Happiness

As I was approaching my 30th birthday some years ago, it dawned on me that I had achieved absolutely nothing with my thirty years on this planet. I hadn’t reached the peak of my career (I barely had one); I hadn’t found a single boy willing to marry me or procreate with me; I had very few friends and even fewer that I felt I could count on; I had not mastered time travel or found a cure for illness; and, I had a serious muffin top plus a mountain of debt! If I had died that very moment I felt that I would have had nothing to show for it. Note: I was in a pretty dark place at that time.

Naturally, when at our most miserable and approaching a significant life event, we tend turn to some sort of crutch to get ourselves through it. Whether it be wine, church, or crack cocaine, mine somehow ended up being the gym. At least I chose a healthy habit, so I thought. I ultimately went Level 11 crazy at the gym for about nine months leading up to my 30th birthday. I was resolute this would work and naturally reaped most of the benefits that this level of fitness brings.

I was convinced that rock solid abs resulted in supreme happiness. But why wouldn’t I think that, when all of the magazines, social media channels, TV shows, and pretty much every billboard I looked at told me that THIN MEANT HAPPY.

So I went for it. I ate a religious body-builder style diet; I worked out at 5:30 am, six days a week; and, I lost about 20 pounds in the process. I got my desired abs just before my 30th birthday and my boyfriend at the time whisked me away on a surprise trip to Egypt to soak up some sunshine and show off that svelte body I had worked so hard at. Everyone told me I looked amazing, so why was I still miserable? 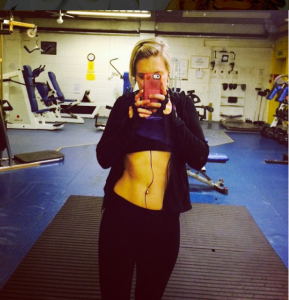 Fast-forward a few years and I’ve regained half of those pounds, ditched that boyfriend, changed my job, paid off the debt, moved cities and taken up yoga as my only obsession and crutch.

I no longer want to crunch my way into the weekend nor do I care if I ever have that body again. My now fiancé (yep, you read it right… I found a boy who wants to marry me) doesn’t care about abs either. I workout to feel good, to move, and for my mental health, as opposed to a mission for an unrealistic body image that never suited me anyway. I’m still the same dress size, I’m healthy and I’m grateful that I have the use of all of my limbs and get to open my eyes every day. What use is a washboard stomach unless you’re actually doing washing the old fashioned way?

I’ll keep my muffin top and the happy heart that goes with it thank you very much. 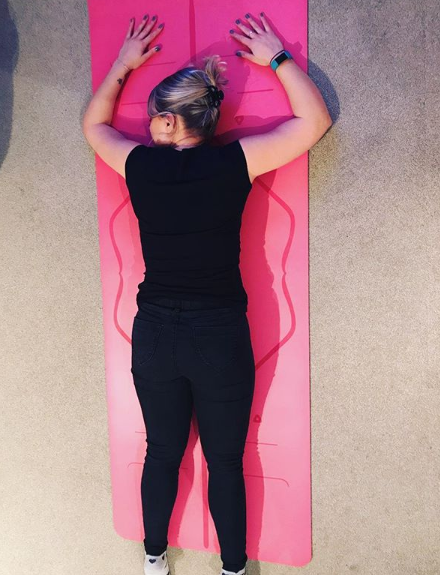 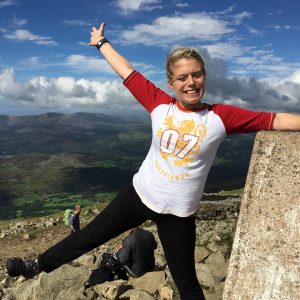 My name is Tiffany, you'll find me on the South coast of England in the UK practicing on the beach at some insanely early hour in the morning or enjoying a long hike with my beau in the mountains. I work in property (mostly because I'm really nosy) and as well as Yoga, I'm a red wine, pie & beach lover. I am mid-YTT, a firm believer that Yoga should be taught in schools and meditation should be incorporated into the working day. Oh and I'm a huge Harry Potter geek :)