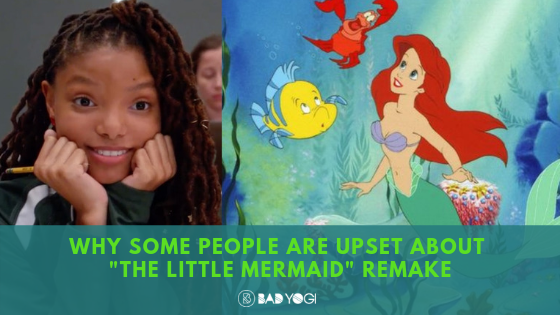 Why Some People Are Upset About “The Little Mermaid” Remake

Disney is slowly remaking all of its classic movies and the latest one on the radar is The Little Mermaid. Recently, the movie giant announced the actress that will be portraying the role of the famous mermaid we all know and love – and some people were very unhappy about the casting choice.

The search for the “perfect” Ariel is over

Today reports that R&B star Halle Bailey is the lucky girl who’ll get to portray Ariel. This will be her debut on the big screen. Director Rob Marshall said that it had taken them quite a while to find the perfect person to portray the famous little mermaid. “After an extensive search, it was abundantly clear that Halle possesses that rare combination of spirit, heart, youth, innocence, and substance — plus a glorious singing voice — all intrinsic qualities necessary to play this iconic role,” he said.

Not everyone thinks that Bailey is a good fit

Well, that sounds great. The director surely knows what he’s talking about, and let’s be honest, casting for these movies are really hard. People have preconceived ideas about who the actors should be based on what the animated characters look like. Well, it’s those exact preconceived ideas that caused a lot of people to lash out at Disney and Bailey on social media because of one simple thing – Bailey is not white. 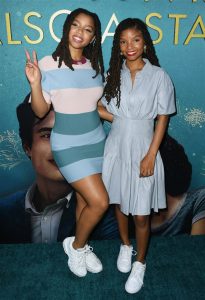 Bailey (right) has been cast as Ariel in the remake of Disney’s “The Little Mermaid”
Image: Jon Kopaloff / Getty Images

Yes, we’re all well aware that the animated version of Ariel is white with red hair, but there’s no denying that Bailey is bringing an entirely new look to the film, which still fits the bill. She has the “mermaid look” if you will. And honestly, we’d rather have someone who can portray the role amazingly than someone with the right look doing a horrible job. But a lot of people didn’t see it this way, and the hashtag #NotMyAriel started trending on Twitter shortly after the news was announced.

Many felt that Disney had ruined the film by casting Bailey because she’s not white and argued that they had to cast an actress that looks like the animated version.

It's not a movie about mermaids … it's about the 1989 Disney movie based on the story "The Little Mermaid" Written by Hans Christian Andersen where he describes white skin as blue eyes.
Ariel is from DENMARK … Nordic … #NotMyAriel #Itisnotinclusive pic.twitter.com/7fMNy2xhGI

I mean honestly I’m not racist I want damn accurate actors that look like her. It’s a live action version, meaning it should look like the film and she doesn’t.I honestly think this is hilarious that y’all can’t handle opinions. Pathetic tbh, like grow up. #NotMyAriel

in other news Sebastian the Crab has been cast by a Narwhal as they dont get enough representation in todays world! #Narwhallivesmatter #littlemermaid #ariel #lamecasting #notmyariel pic.twitter.com/oEtNdIzy8q

Wanting an accurate representation of Ariel's character in the big screen doesn't make anyone Racist or less accessible to those changes, leave the classics ALONE, if everyone wants princesses from different ethnicities and colors, make new tales that include them. #NotMyAriel https://t.co/ZY0d7zeMxG

Others couldn’t contain their excitement

Then there were those who were ecstatic by the news and told those who didn’t like the casting to grow up and get over it.

Dear #NotMyAriel people. You’re right, she’s not your Ariel. Because it’s someone else’s turn to see themselves in The Little Mermaid. You’ve had yours.

As a danish person, I have some bad news for all the people who’s angry, that a black woman is playing Ariel. Danish people don’t have fins either, nor do we live underwater – we can, and do, however have different ethnicities🤷🏻‍♀️ #notmyariel

this what all of y’all look like using that dumbass hashtag #NotMyAriel pic.twitter.com/atRgPDkDnq

Everyone: "maybe she just really fit the role it doesn't matter what her race is" 😤

Hollywood: *casts Halle bailey as Ariel for this exact reason*

BuzzFeed reports that neither Disney nor Bailey has responded to the backlash. Bailey, who is one-half of the Grammy-nominated sister duo Chloe x Halle, just expressed her excitement in a tweet after the news was announced, saying that it’s a “dream come true”.

Freeform wrote an open letter to the haters

In the meantime, Freeform, which is a Disney network, decided to write an open letter to all the “poor, unfortunate souls” who were criticizing the casting – and they did not hold back.

Well, that says about everything that needs to be said on the matter. Yes, it’s probably natural that some people will feel a bit upset about the difference in ethnicity at first. The Little Mermaid is a part of everyone’s childhood, but times change, and honestly, color and ethnicity shouldn’t be a factor anymore. It’s ridiculous. Let’s give Bailey a chance. She’s got a killer voice and according to the director, the perfect personality for the part. We can’t wait to see her in action!

Production for the film is set to start early next year. It’s not yet known who will be playing Prince Eric or any of the other main characters, although word has it that Melissa McCarthy will star as the evil sea witch Ursula. We can’t wait to see who they’ll cast next. This is definitely a remake we can all look forward to.

Over to you: What do you think of the casting? Is Bailey a good fit? Drop your thoughts in the comments.