Ah, Disney films, most of us have loved them since we can remember. With the new “Lion King” coming to theaters next month, we can’t help but feel very, very nostalgic – and let’s be honest, even though it’ll be a live-action film, we still want the exact same story with the exact same characters, and oh yes, we want those characters to look exactly like the animated versions of themselves. Too much to ask? Well, maybe.

Pumbaa had a makeover, and people aren’t having it

The internet and social media are ablaze with backlash from people who have, of course, seen the trailer and the new posters for the remake of “The Lion King”. The things they’re ranting about? Well, there are two: first of all, Pumbaa looks too scary, and secondly, Scar’s voice is not nearly menacing enough. Are these valid complaints? Well, that’s for you to decide. 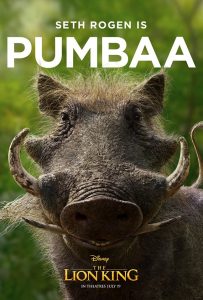 According to the Cosmopolitan, the new film is going to destroy your fond childhood memories of the most famous warthog that’s ever lived. It seems that Disney simply couldn’t manage to capture the original Pumbaa’s face in live-action form. People are upset because he doesn’t resemble the friendly (and very gassy) warthog we’ve all loved for over two decades.

Some fans are very, very unhappy

The whole world seems to be, well, shook, by the warthog’s “new” face and many are refusing to accept this new Pumbaa who, according to them, has no resemblance to the original. People’s fury led to some hilarious memes popping up on Twitter.

Imagine Seth Rogan’s laugh coming out of this creature. Might make me support Scar. https://t.co/XNjhjNPTDM

are we just gonna ignore how fucking terrifying pumbaa is??? is this not a children’s movie??? https://t.co/Ebm6sNQ730

Others are perfectly happy

There were, of course, also people who thought that Pumbaa looked perfectly fine, because that is the way a real warthog should look.

did y’all really expect pumbaa to not look like a warthog…? pic.twitter.com/8i9erNNAjm

People are talking about Pumbaa saying he ugly and terrifying bitch he’s a warthog he’s not Wilbur from Charlotte’s Web 😂😂 pic.twitter.com/YnG5Wlf9Er

What the hell yall thought Pumbaa was suppose to look like? Piglet? pic.twitter.com/c7HKcC4OiZ

While everyone was going on about Pumbaa looking too scary, I was over here being upset about the fact that the creators hadn’t somehow managed to give Timon his signature red fringe in his live-action form. What? I’m pretty sure they could’ve made it work. 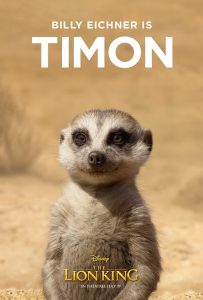 Where is Timon’s signature red fringe though?
Image: Disney

So, Pumbaa looks too scary and Scar doesn’t sound scary enough. When the trailer was released in April, Metro reported that complaints about Scar’s voice were making the rounds. The trailer for the film starts with a voiceover of Scar, voiced by actor Chiwetel Ejiofor, and for many, Ejiofor simply couldn’t do the job as well as Jeremy Ions who originally voiced the iconic villain. While most people seemed happy with the trailer, they couldn’t make peace with Scar’s “new” voice – some even called using another actor to voice Scar “blasphemy”. Another social media user joked that Scar’s voice really wasn’t scary and that he sounded “educated”. Well, he was a master of deception so, who knows? 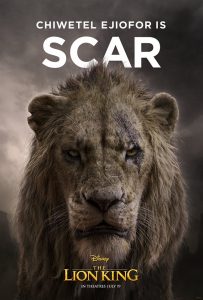 Even though Scar looks pretty scary, people are saying his voice is not.
Image: Disney

Whether you agree or disagree with the majority is all up to you, but we’ll only be able to deliver the final judgment once we’ve watched the movie. Despite all of the complaints, we’re pretty sure that this film will shatter some box office records. To be honest, we really can’t wait to see all of the characters in live-action. It won’t help to worry about how good or bad the film will be, all we can do now is hope for the best. As Timon and Pumbaa so famously said, “Hakuna Matata!”

What do you think about the looks of the live-action characters? Tell us in the comments!