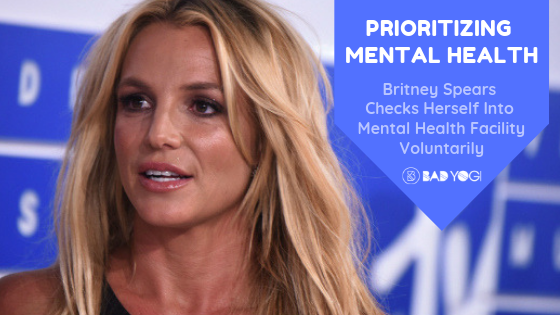 Most of us have experienced times in our lives where we felt like everything was out of control and it seemed like life was just too much to handle. When we’re going through tough times, it always helps to know that we’re not alone and that there are other people out there who have gone through similar things. The most important thing, however, is to take care of yourself – it’s totally okay to do that. Earlier this week, singer Britney Spears decided to do just that, checking herself into a mental health facility.

Prioritizing yourself should not be a “luxury”

When we think of mental health facilities, we usually see a picture of someone dragging us there. A lot of us don’t want to look “weak” or show how broken we really are. The thing is, the only way you can take care of the people around you is by taking good care of yourself first.

Variety reports that Spears checked herself into a mental health facility after suffering from emotional distress. This comes after her father, Jamie Spears, recently underwent a second surgery to fix a ruptured colon. Her father’s illness has taken its toll on Spears, especially since she has a very close relationship with him.

Spears realized that she needed to take care of herself

According to Aol, Spears realized that her father’s illness was affecting her own wellbeing as well as her everyday life and relationships. She realized that she needed to take the time to focus on herself, that it was her only option. Even though those close to her had encouraged her to get help, she had to come to a point where she had to decide for herself that she needed it. She had been isolating herself from the world and the people around her and decided that she had to take action to feel better and more relaxed.

Her friends and family are supporting her all the way

Spears’ family and friends expressed their love and support for her on social media, saying that they are proud of her for being brave enough to take care of herself during this very hard time in her life.

Her sister, Jamie Lynn, took to Instagram on Wednesday to post a throwback photo of her and Spears, making her older sister her #WCW (Woman Crush Wednesday). The picture shows Britney getting off the bus with Jamie on her first day of school.

Spears’ boyfriend, Sam Asghari, also voiced his support on Instagram, saying that what she did isn’t a weakness, but a sign of true strength.

Spears is at an all-encompassing wellness treatment facility and is expected to remain there for several weeks. Hopefully, she’ll come back feeling ready to take on the world again and face all of life’s challenges head-on. 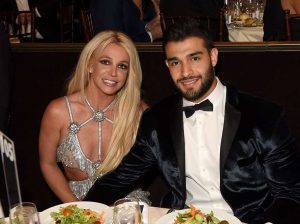 Take a proactive stance when it comes to your mental health

Deciding to prioritize your mental health, especially while your father is critically ill, cannot be an easy decision to make. We all know the feeling of wanting to be there every second, doing whatever we can to make things right again. Sometimes we have to realize that some things are out of our control and we have to focus on the things we can change – like taking care of ourselves and our mental health. We can hardly be any good to anyone around us if we don’t take the time to be good to ourselves.

Britney’s approach is one we can all take something away from – take responsibility for yourself and your well-being. Prioritize it, especially when you know it’s affecting the people around you. Once you allow yourself to take care of you, you are capable of taking care of the people around you and handle all the things life throws at you. Be brave – take care of yourself. Your mental health (and those around you) will thank you for it.

Have you ever been in a situation where you knew you needed to take care of yourself but felt like it just wasn’t “the right time”? Tell us in the comments!