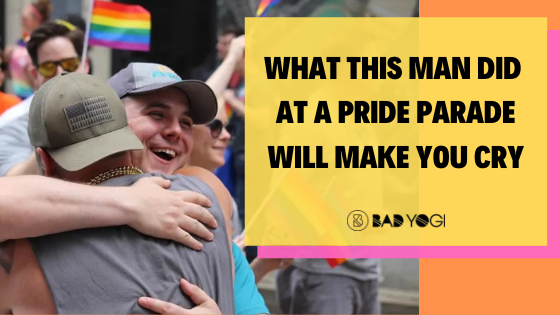 We’re in the middle of Pride Month, and many countries are having Pride Parades to celebrate the LGBTQ community. It’s great that these parades are happening, but what’s really sad is that, even though so many people are supporting the LGBTQ community, many of them have been abandoned by their families after coming out. Luckily, there are people with kind and open hearts who make it their job to let these people feel loved.

Deciding to attend a Pride Parade

BuzzFeed reports that Scott Dittman, who is known as Howie to his friends, decided to head to the Pittsburgh Pride Parade at the last minute. He made the decision to go after hearing that his friend Denna was attending with Free Mom Hugs – an organization that makes it their main mission to assist those in the LGBTQ community and also provide them with hugs at Pride events. It’s sad that this is even necessary, but it’s amazing that there are people who take the time to do this.

After deciding to join Denna, Dittman headed over to Amazon and got himself a shirt that said “free dad hugs” on the front. Then he made his way to the Pittsburgh Pride Parade. What he didn’t know was that he was about to make a lot of people very happy. 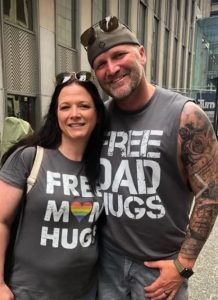 Dittman couldn’t even begin to imagine the impact he was about to have on those attending the event, nor could he imagine the impact all the people he would meet that day would have on him. The first person he got to give a hug to was a young woman. Dittman recalls how she was standing in front of him with tears in her eyes before throwing her arms around him and thanking him over and over again for what he was doing. Another big moment was when a young man came to hug him, saying that his parents abandoned him after he came out to them at the age of 19. “He just sobbed and sobbed and thanked us. He just melted. It was an honor to be involved in that, but it was terrible at the same time,” Dittman says. 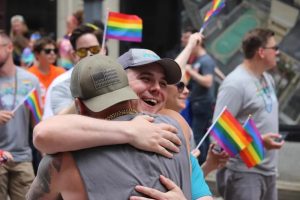 Many people came to Dittman for a hug.
Image: Pamela Luu

Dittman received all kinds of hugs that day, ranging from happy ones to very sad ones. He realized that many of the people attending the Parade hadn’t had something as simple as a hug from their dad in a very, very long time. This realization made him incredibly sad and he decided that he was going to take things a little further to create more awareness around the issue.

After he got home, Dittman took to Facebook to share his experience with the rest of the world and hopefully reach some of the people who have abandoned their children because of their sexual orientation. His post read:

“Imagine that, parents. Imagine that your child feels SO LOST FROM YOU that they sink into the arms of a complete stranger and sob endlessly just because that stranger is wearing a shirt offering hugs from a dad. Think of the depths of their pain. Try to imagine how deep those cuts must be.” 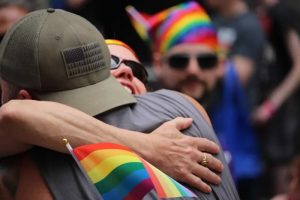 Dittman didn’t expect his act of kindness to have such a big impact.
Image: Pamela Luu