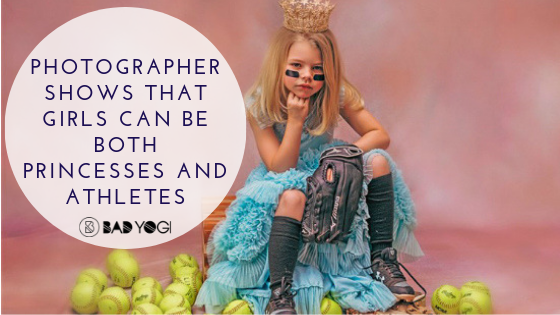 Photographer Shows That Girls Can Be Both Princesses and Athletes

If there’s one thing we can all agree upon, it’s that people should not be put into boxes. We should all be free to choose who and what we want to be, regardless of our gender. Alabama portrait photographer Heather Mitchell was determined to prove this when she realized that young girls are still “forced” to choose between being a girly girl or a tomboy. No young girl should have to choose between the two. They can be both if that’s what they want.

Putting people in boxes is so last season

Today reports that Mitchell was chatting to a fellow parent at her eight-year-old daughter’s softball practice when she was told that her daughter is not athletic, but more of a girly girl. That kept Mitchell up the entire night, pondering why girls have to choose between the two. She recalled her younger self playing every sport available and wearing lipstick to every game. As a young girl, her parents told her that she could grow up to be anything she wanted to be. It was only when she got older that she realized all girls were not that blessed. Not being able to sleep has its perks, because, in those nightly hours, she came up with an amazing plan. 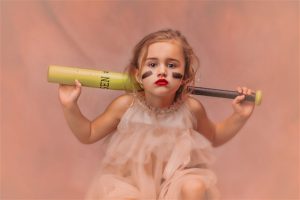 Mitchell was determined to show the world that girls don’t have to fit into boxes.
Image: Heather Mitchell

You can be a princess and an athlete

Being a photographer, Mitchell has a platform to communicate important messages through images and it’s true what they say – a picture really does tell a thousand words. Mitchell took her daughter Paislee into her photography studio the next day and set her brilliant plan into motion. 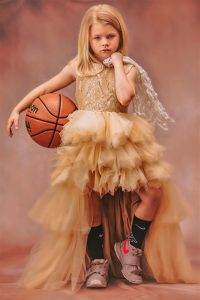 You can be a princess and an athlete, you don’t have to choose between the two.
Image: Heather Mitchell

She dressed Paislee in a mixture of princess fashion and athletic gear. The pictures showcase Paislee wearing beautiful princess dresses with tiaras and softball gear. The results were nothing short of amazing. Mitchell posted the pictures on her Facebook account and not soon after she received requests to photograph more girls using the same theme. If that isn’t proof that a lot of people out there are fed up with the boxes girls (and boys for that matter) are put into, we don’t know what is. The photo sessions sold out and Mitchell’s Facebook page has gone viral since. Her photos have been shared nearly 200, 000 times. They all have a simple message that reads: “Because you can do it all.” 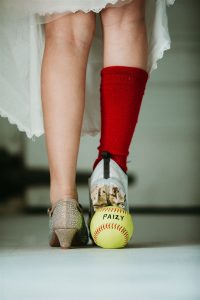 Mitchell is determined to smash the boxes young girls are put into.
Image: Heather Mitchell

Sending an important message to the world

Mitchell shared these photos hoping that it will send a clear message to young girls all over the world that they don’t have to fit into any box, that they can be whatever and whoever they want to be, and whatever dreams they may have, they can achieve them. We’d say she’s reached her goal – her photographs made the news after all. 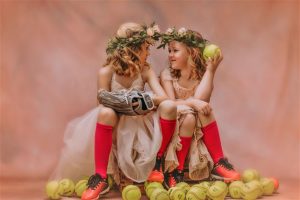 We as adults can also take something away from this – whatever interests you may have, whether it “fits” your gender or not, don’t hold back. Whether you’re a woman dying to be a mechanic or a guy who really wants to do ballet – go for it. Those boxes society puts us in is, in fact, non-existent. They only exist in our minds. Smash them, smash them all, and be whoever the hell you want to be. 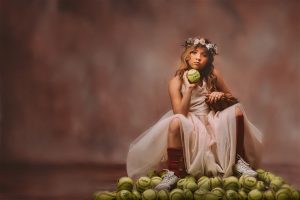 Don’t let anyone tell you who or what to be.
Image: Heather Mitchell