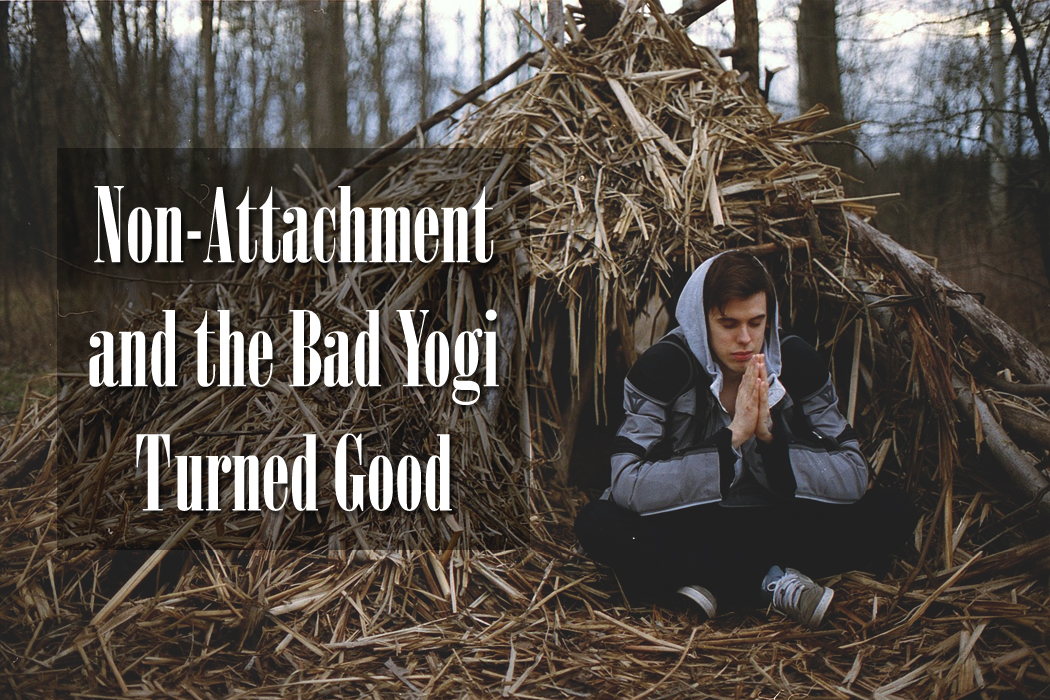 There’s this idea that a good yogi releases all the charms and temptations of this physical world in a flawless practice of aparigraha (or non-greed/non-attachment). This is admirable, for sure. And you’ll probably find, as I have, that practicing aparigraha is freeing.

So that means I live in a shack, right? I reject running water and pretty leggings because they’re not necessary on my personal road to enlightenment. Not where I live.

I think this is where people get lost in aparigraha and other facets of yoga life, sometimes abandoning it altogether. It becomes overwhelming and impractical to think that if we want to be good yogis, if we want to truly live a yogic lifestyle, we have to give up everything we enjoy. And that we’re bad for enjoying it in the first place.

As I look around me right now, I see a lot of beautiful things. Yes, things. Objects. Unnecessities. I’m working on a fine computer on top of a beautiful oak table. I love these jeans, which I’ve darn near worn out, and my skin smells like coconut because I slathered it with coconut oil. My hair is not blowing wildly in my face because I’m in a sturdy house, and I’m drinking kombucha. Ginger kombucha.

Each one of these things, and so much more, is evidence of someone’s creativity. All of these lovely objects started as a spark in someone’s head, an idea that might never have been if that person hadn’t followed through on the vision. To enjoy these things is to honor the creative power in all of us. I loved this truffle. But I was not attached to it. Good thing, because it disappeared pretty quickly.

We can do that without totally rejecting a practice of aparigraha. I own more yoga pants than I probably need, but I still feel comfortable in the place from which I practice non-attachment. There’s a balance to be had that allows us to enjoy all the crazy ideas made manifest in this world without becoming slaves to them, because there’s a difference between enjoyment, even wild enjoyment, and attachment or greed.

It sucks if your expensive camera is stolen. It sucks to lose your grandmother’s necklace. But we can breathe deeply and let it go, acknowledging the inconvenience and the hurt without burdening our minds and bodies with regret and resentment. It doesn’t mean we loved any less. It doesn’t mean we didn’t appreciate what we had.

Because that’s just it: instead of restricting us and forcing us into a life of minimalism, the principle of non-attachment actually invites us to enjoy what’s in front of us–and let it go when it’s time.

So while we might celebrate our bad yogi-ness when drooling over an Instagrammer’s colorful leggings or while having a party to celebrate the purchase of a new television on which to watch Game of Thrones, I don’t think we need to, because there’s nothing “bad” about it. There are plenty of other areas to rejoice in the bag yogi within. As long as we’re appreciating these unnecessary but wonderful objects and sending up a little thank you to the genius who invented kombucha, we’re being good yogis, indeed. 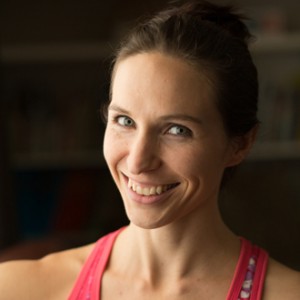