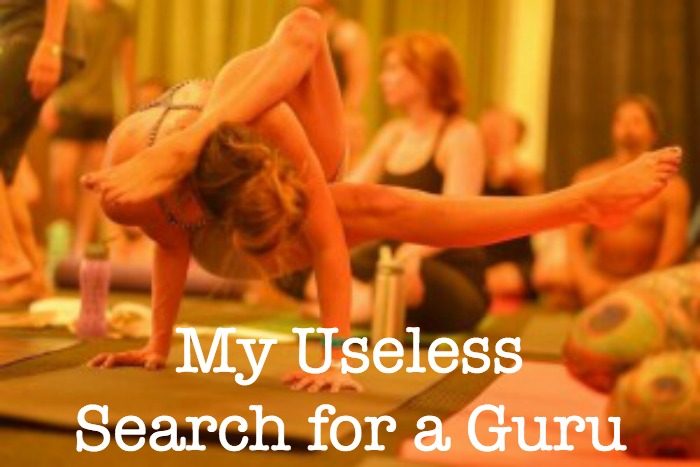 My Useless Search for a Guru

I had come to a crossroads in my yoga journey. Freshly divorced, I decided I needed to find a guru to guide my practice, my life. Up until that point, the only yoga accessible to me had been Rocket Yoga and Ashtanga. The only guru I had ever heard of was Sri K. Pattabhi Jois. By the time I was privy to gurus and the yoga scene Guruji had passed on, and although learning from one of his students sounded good, I wanted a direct connection. My own guru.

Around this same time I kept coming across Sri Dharma Mittra, a living guru in NYC. His students were devoted and had the most beautiful backbends. As an asana addict, my new goal was to backbend like the yogis I had seen on social media. My path became clear: I needed to meet Sri Dharma.

By a random chain of events, I found myself at Wanderlust Tahoe that summer. Sri Dharma was there. I signed up for every single class he taught at the festival. I even snuck into one that was full—I know, asteya, but I was unfamiliar with yamas and niyamas at this point and thirsting for truth.

I showed up for the first class both nervous and excited. Sri Dharma walked into the room and began his own warm up consisting of lots of sirsasana and kapyasana. He began class with a short lecture. He spoke of G-d and veganism, and even though I had an aversion to both of those topics, I was still captivated because he had a twinkle in his eye and an accent like my beloved grandfather. Class began. After my very first class with Sri Dharma Mittra at the Tahoe Wanderlust 2013. Photo by Eric Ward

And. Wow…this was different. We didn’t warm up with Sun Salutation A & B and our third pose of the practice was tittibhasana. I literally thought, “What the hell is he doing? We are not warm enough for tittibhasana.” The rest of class flew by. I was in it. It was the purest form of yoga I had ever experienced. After class, I tried a posture that had eluded me for months, Parsva Dandasana. I could finally do the pose. It was magic. Dharma was my guru. After completing my 500-hour training with Sri Dharma I rattled my little community when it was apparent I was NOT an Ashtangi. I definitely saw myself as a Dharma Yogi. I even gained permission from Dharma to be his disciple.

But something didn’t feel right.

At the closing ceremony of my 800-hour YTT, I had a panic attack. A bad one. Everyone was so happy and excited, giving hugs, well wishes, talking to Dharma, and I was dissociated from my body and losing my shit in the back studio unable to breathe and crying hysterically. What the f*ck was wrong with me?

I came back from my training overwhelmed by it all. I decided to do my homework and “follow my inner intuition,” like Sri Dharma had taught me. A month later, I signed up for a workshop with Seane Corn. She said something that finally made sense to me even though I had heard it countless times before.

“You will leave me.”

It finally made sense.

I could not fathom ever not following a guru. It wasn’t an option I had given myself. Dharma had even said, “You don’t need me. Eventually you realize the true guru is inside yourself.”

The inner guru. It was so simple: this is my path.

I had been searching, reaching, yearning, trying to put myself in the “good student” box I had lived in my whole life, but my efforts were futile. For some people a guru is necessary. It is vital. For others, we need the freedom to follow our own hearts, to dabble in different yoga styles, teachers, and atmospheres without any judgement. All paths are good. All paths are correct. All paths are laced with pure magic.

And if you find yourself confused, not fitting in the box people assume you should live in, then take a moment. Find yourself some place quiet. Close your eyes. Notice the rhythm of your breath. Listen to the song of your own heart. Live by your own guru. Be the light. Follow your inner intuition—the guru is you. 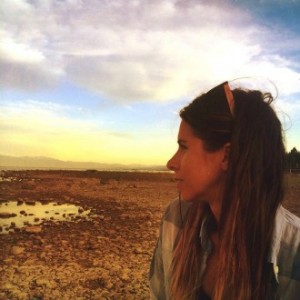 Alissa Kepas is a Utah native whose passion for yoga is palpable. Loud, Greek, and a straight shooter, Alissa lives life to the fullest. She enjoys messy hair, living in yoga pants, and cuddling. Alissa is a social media addict and "Instagram Yogi" who you can find at @alissayoga. She is an active yoga teacher as well as a Reiki practitioner and intuitive reader & healer. If you can't find Alissa in the digital world, she has most likely taken up her lifelong dream of living as a hermit in Utah's mountains.