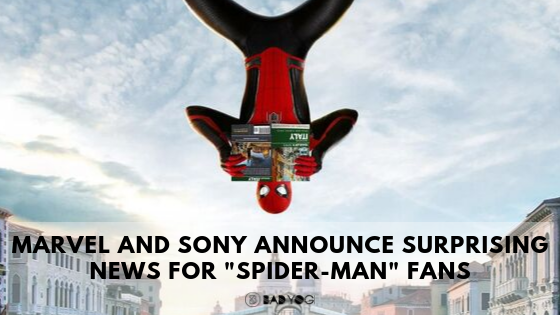 Back in August, there was some huge drama regarding Spider-Man leaving the Marvel Cinematic Universe (MCU). Fans were devastated by the news and it seemed like there was no light at the end of the tunnel, but, as it turns out, the light we’re all seeing at the end is not a train after all.

BBC News reports that Sony Pictures and Marvel announced that there will indeed be a next Spider-Man film with Tom Holland. Cue the happy cheers from all over the world. And no, this is not just a rumor – Kevin Feige, Marvel Studios’ president, confirmed it, saying, “I am thrilled that Spidey’s journey in the MCU will continue, and I and all of us at Marvel Studios are very excited that we get to keep working on it.” We’re excited with you Feige, in fact, we’re jumping up and down with joy.

This comes after a new deal was reached by Marvel Studios and Sony, according to Forbes. Variety reports that this new deal consists of Marvel and Disney receiving about 25% of the profits in exchange for Feige working as a producer on the film. This comes after the previously suggested deal of splitting profits 50/50 was a complete failure. We are so glad they could work it all out, for all our sakes. Marvel will be producing the next installment of the Spider-Man franchise, with Feige back in the driver’s seat as it should be. All is well once again. 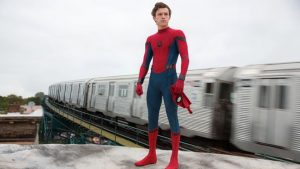 “Spider-Man” is returning to the MCU and we couldn’t be happier!
Image: Alamy

The creators are just as happy about the new deal

Feige was the producer of the previous two Spider-Man films with Tom Holland, and possibly one of the main reasons the films have been doing so well. Having him back on the team means that we can all look forward to an amazing third film, as opposed to what it probably would’ve looked like without his input. After all, he is the one who managed to successfully integrate Tom Holland’s Spider-Man into the MCU.

According to Feige, Spider-Man is “the only hero with the superpower to cross cinematic universes, so as Sony continues to develop their own Spidey-verse you never know what surprises the future might hold.” Sony Pictures’ Robert Lawson seemed just as delighted over the news, saying that the company is delighted to be moving forward in this way: “We have had a great collaboration over the last four years, and our mutual desire to continue was equal to that of the many fans.”

Tom Holland is the happiest of them all

Holland was as delighted by the news as anyone else, taking to Instagram where he featured Leonardo DiCaprio’s scene in The Wolf of Wall Street where he’s saying “I’m not… leaving – the show goes on!”

Fans can hardly contain their excitement

Fans voiced their happiness on Twitter, posting delightful memes that we can absolutely relate to.

Me after seeing that Spider-Man news pic.twitter.com/mEex8fJrKc

SPIDER-MAN IS BACK IN THE MCU THIS IS HAPPENING THIS IS NOT A DRILL I’M HYPERVENTILATING pic.twitter.com/FYQQLDDVfO

When is the next film coming out?

We cannot wait to see the next installment in the Spider-Man franchise, but it’s going to take a while – the new film is expected to hit cinemas in July 2021. And that’s totally okay, as long as Spidey gets to keep his spot in the MCU.

On a scale from one to ten, how happy are you that Spider-Man gets to keep his spot in the MCU? Tell us in the comments!