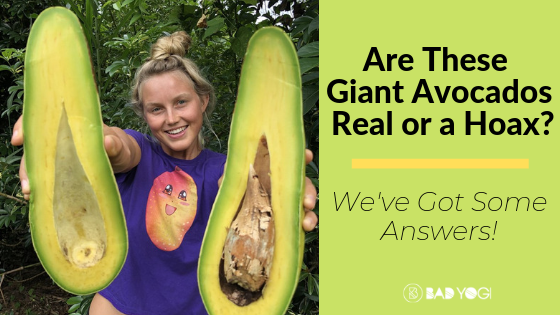 Are These Giant Avocados Real or a Hoax? We’ve Got Some Answers

Want some guacamole? Like, a lot of guacamole? Because as it turns out there’s a huge ass avocado out there that can provide you with enough guacamole for a big party, and then some.

Is this for real?

We know what you’re thinking. This is a hoax. It’s a super late April Fool’s Day joke. Well, as it turns out, it’s not. Recently, a picture of a massive avocado that’s almost the length of a human arm went viral on the internet, with many wondering if it was actually real. So, does this extra-long fruit qualify as an avocado? And does it taste as you would expect? Well, we’ve got some answers to your burning questions. 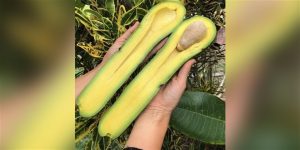 It’s actually been around for years

According to Today, this strange-looking fruit is actually an avocado and is unofficially called long neck avocados. Edelle Schlegel, the co-founder of Miami Fruit, the online fruit stand that originally posted the viral picture, says that these long neck avocados are actually quite common and farmers in Miami grow hundreds of varieties all year round. Even though the long neck avocadoes have only recently garnered mainstream attention, they have actually been sold by Miami Fruit for years. They are considered to be of the Pura Vida Variety, and according to a 2012 article by Slate, Pura Vida avocado trees are known for bearing large fruit. Most of these avocados average 18 inches in length, but some grow as long as three feet! Imagine all the guacamole you can make from that. 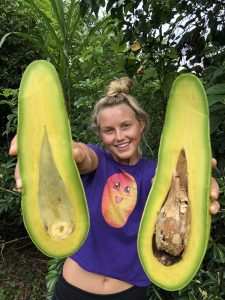 What time of year are they available?

You can find these avocados from mid to late summer, but unfortunately, they are no longer available to order from Miami Fruit. You can, however, preorder them for next season. Just note that this is unfortunately not an option for those living in California since the USDA prohibits avocado shipments from Florida. Yeah, sorry guys, we feel you. 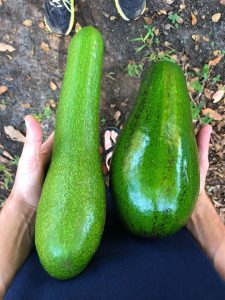 We know what you’re wondering now – how much do these big babies cost? Well, as you probably already guessed, the longer they are, the higher the price tag. Long neck avocados weigh about 1-3 pounds, while an average California Hass avocado weighs about 1/3 pound. If you want to buy the long neck avocados from Miami Fruit, you can get a small box with 3-6 pounds of fruit for $47. If, however, you want to make avocado toast or guacamole for an army, you can order the biggest box available, which includes 35-45 pounds of fruit for $197.

Finally, what do these long neck avocadoes taste like? Well, it seems that they have a pretty unique taste, but one that avocado lovers will still like. According to Schlegel, these avocados are “thick, creamy, savory, and slightly sweet.” If you order these from Miami Fruit, you’ll receive various sizes – Schlegel says that some of them might even be as big as your head. But take note – the bigger the avocado, the bigger the pit. There are some pitless avocados out there, but they are quite rare and chances that you’ll find one like that in your order is pretty small. But one can hope. 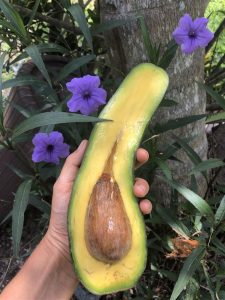 If you think that long neck avocados are huge, you probably haven’t heard of the massive five-pound avocado a woman found on a walk in Hawaii a few years ago. Yup, that avocado existed, although it’s long gone now. You might not be able to stroll around Hawaii randomly picking up massive avocados, but you can preorder the same variety from Miami Fruits for the next season. Go on, you know you want to. It’s going to be an (avo)some summer indeed.