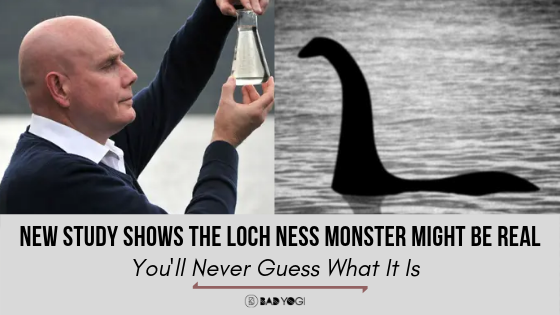 The Loch Ness monster has been around for almost a century, and while thousands of people claim to have seen it, no proof has ever been found. Scientists are as curious as anyone, so they conducted a yearlong study of DNA that was taken from water samples in Scotland’s Loch Ness. And they did find something.

A new study is providing some answers

Today reports that this new study was led by a professor from New Zealand and it consisted of literally studying millions of DNA samples to figure out what might be lurking in the depths. Professor Neil Gemmell from the University of Otago says that, according to the DNA they found, the “monster” might be a giant eel. “There’s an awful lot of eel DNA in Loch Ness. Could it be a giant eel? Well, we know there are mutations that make things much larger than normal,” Gemmell said. Ever since the Loch Ness monster was first “spotted” in 1933, there have been many hoaxes and fake photos that supposedly proved that it’s real, but Gemmell said that they have absolutely no evidence that points to the creature being some kind of strange monster. 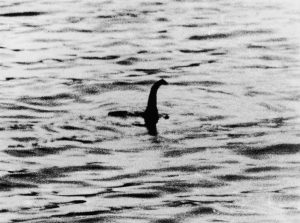 The picture of the Loch Ness monster is one of two photos known as the “surgeon’s photographs.” It was allegedly taken by Colonel Robert Kenneth Wilson, though it was later exposed as a hoax by one of the participants, Chris Spurling.
Image: Getty Images

Millions of DNA samples have been taken

The study was done by Gemmell along with naturalist Adrian Shine. Shine has been investigating Loch Ness for 40 years now, so we’re pretty sure that his findings can be trusted. To give you an idea of how thorough this study is, Gemmell and Shine extracted about 250 water samples from all over the nearly 23-mile-long loch. The genetic material found in these samples helped them to figure out what kind of living creatures currently reside in the water as well as those who are long gone. This is how they found that there is a lot of eel DNA in Loch Ness. 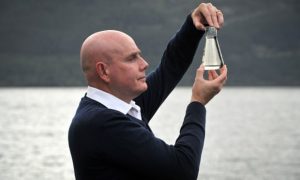 Neill Gemmell and his partner Adrian Shine have taken hundreds of DNA samples from the loch.
Image: Getty Images

Many researchers before them have thought the monster to be a Jurassic reptile which is called a plesiosaur, but Gemmell says that no such DNA was found. Previous researchers also thought that the monster might be some sort of giant catfish or sturgeon, but again, Gemmell and Shine didn’t find any DNA pointing to that possibility.

The mystery is not quite over just yet – Gemmell says that 20% of the DNA samples they took still need to be encoded, which means that the possibility to find some strange DNA of some unknown creature isn’t completely off the table. We’re kind of glad, because we love a good mystery.

Gemmell seems to love a mystery as much as the next person, he is a scientist after all, and he says that there may well be a monster in Loch Ness, but they haven’t found it.

Maybe it’s a magical monster after all

Maybe J.K. Rowling is right, and the Loch Ness monster is some magical creature called a Kelpie (as she points out in her book Fantastic Beasts and Where to Find Them). According to this very reliable source of information, the Kelpie in Loch Ness is the largest in the world and it can transform its shape at will. When humans approach it, it changes to look like a perfectly normal creature, such as an otter. Its favorite shape is that of a horse with bulrushes for mane. It can take many shapes, but usually, it takes the form of a sea serpent.

We present to you… a Kelpie aka the Loch Ness monster as pictured in “The Crimes of Grindelwald”
Image: Warner Bros

See, it all adds up. No wonder Gemmell and Shine couldn’t find any evidence of a monster. Once humans begin to investigate, the Kelpie makes sure to deceive them, and we’re pretty sure that Muggle (human) technology doesn’t pick up magical DNA. We think we just solved this mystery, don’t you?

If you still think both us and J.K. Rowling are completely bonkers, you can watch a two-hour special of Gemmell and Shine’s findings on the Travel Channell, which airs September 15.

What do you think of the Loch Ness Monster? Is there something weird hiding in the depths or do people just love to imagine it? Drop your thoughts in the comments.