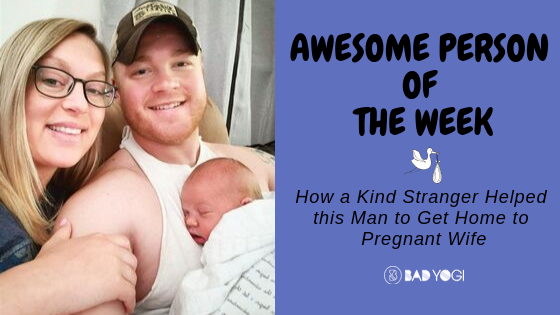 Awesome Person of the Week: How a Kind Stranger Helped this Man to Get Home to Pregnant Wife

To see the birth of your first child is probably one of the most amazing experiences in the world. A US military dad-to-be almost missed the birth of his first child because of flight delays due to heavy storms. He was ready to give up hope, but then something amazing happened.

Trying to get home for the birth of his first child

Sgt. Seth Craven, who at the time had been serving at a NATO base in Kabul, Afghanistan, as a member of the West Virginia National Guard, had been denied permission for leave numerous times. He finally managed to get permission to be there for his wife when she gives birth. She had a scheduled cesarean section, and Craven wanted nothing more than to be there for her.

Everything didn’t go as planned, though. According to Today, Craven’s journey home to Charleston, West Virginia, went alright until the last leg of the journey. The connecting flights from Philadelphia to West Virginia were canceled and not even car rentals were an option – a big storm had passed through the area and all transport had come to a standstill. At this stage, Craven was starting to lose hope that he would arrive home in time for the birth of his child. 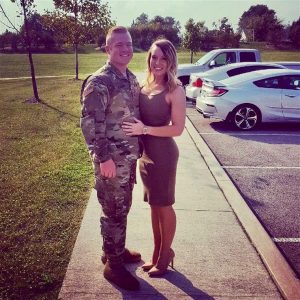 Seth with his wife Julie.
Image courtesy of Seth Craven

Even his wife, Julie Craven, was starting to think that he wasn’t going to make it. She was very scared to go through the whole experience all by herself, but was also feeling so bad for her husband. The couple had gone through a few miscarriages before her current pregnancy, and therefore the birth of this baby was extra special for them.

Craven was waiting at the airport, hoping and praying for a flight that would take him home in time. He eventually just sat down with his back against the wall and his head down, trying to accept that he was going to miss everything. This is how a kind stranger, Charlene Vickers, found him. Once she learned that he’d been traveling for a few days to get home in time to be there for his wife when she gives birth, she knew she had to help him.

Being the mother of two daughters, Vickers knew how important it had been for her to have her husband present for the birth, saying, “I can remember giving birth like it was yesterday. If my husband hadn’t been able to be there, it would have devastated me. And the way Seth lit up when he talked about his wife, I just knew I had to get this guy home.”

Getting home just in time

Craven was incredibly grateful when Vickers offered him a ride home, saying, “It humbled me. It made me realize that if I accept help from others, it will make the things you can’t control easier.” He joined Vickers and her co-workers for an eight-hour drive home and arrived just in time to take his wife to the hospital. 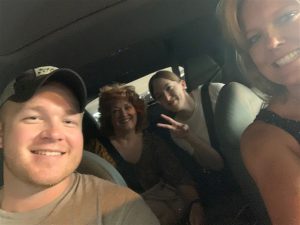 Julie recalls how emotional his homecoming was for both of them: “He fell on his knees and put his head and hand on my belly. We were both in tears. He is a very strong man so for him to kind of crumble like that I know that getting here had been such a struggle for him.”

Spread kindness wherever you go

The couple left for the hospital after Craven’s homecoming, and a few hours later welcomed their son, Cooper Owen, into the world. 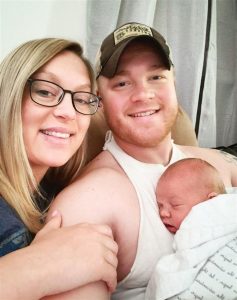 Craven says that the experience was life-changing. “Holding him that first time, it changed everything for me. They tell you how important it is, but nothing can prepare you for that moment. That baby looking back at you, it takes over everything.” He added that he hopes Vickers’ kind deed will allow people to see that there is still so much good left in the world. He hopes this deed will inspire others to do some good too. 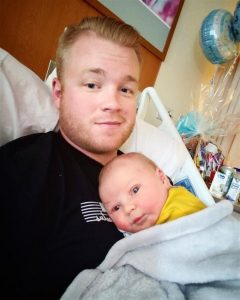 Seth says that being there for his son’s birth was life-changing.
Image: Seth Craven

Vickers has the same mindset on the matter, saying that being good to others is really what life is all about. “It’s not so much about how much money you make or what you accomplish. It’s about trying to be a good person. These are the things people remember. These are the acts that people will remember you by.” 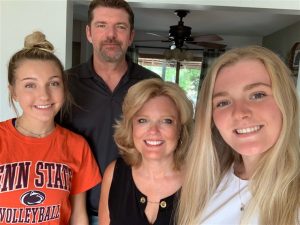 Make the world a better place

What Vickers says is true – we will be remembered by the kind acts we did. Make sure that you do what you can for others, no matter how small. It’s important that we leave the world a better place than we found it.