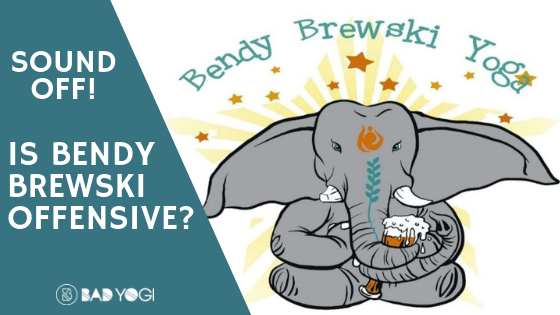 SOUND OFF: Is Bendy Brewski Offensive?

It’s a strange world we’re currently living in, isn’t it? At least in the United States, I tend to feel like we’re both super offended all of the time and also pushing for the normalization of things that people would generally take offense to. But here we are, in an argument over an elephant drinking a beer.

Let me rewind that last statement… I mean, Lord Ganesh is holding a beer and it’s offensive! 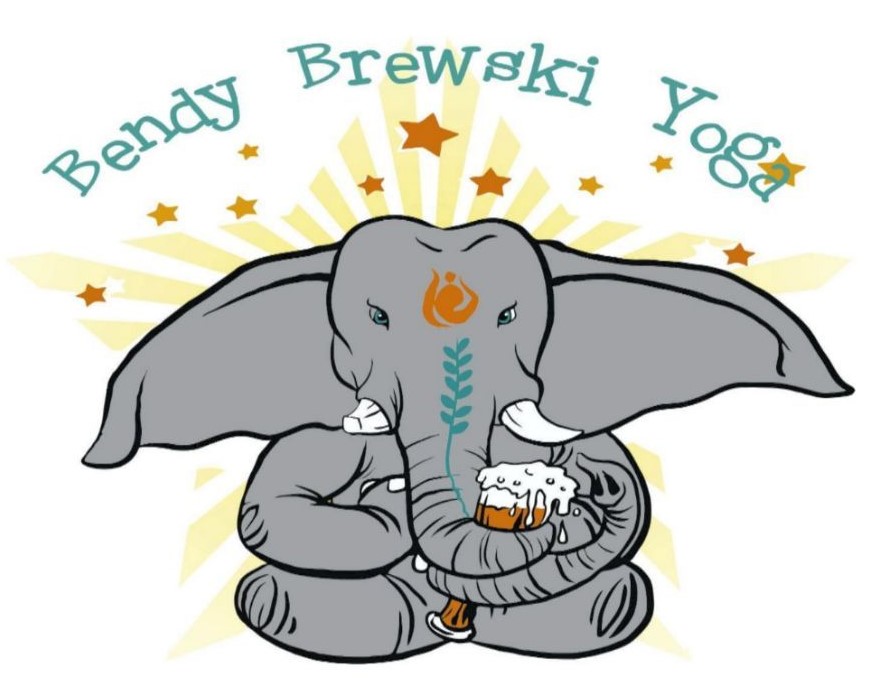 Lord Ganesh is who, again?

Bad Yogi 101: Ganesha is one of the most popular deities in Hindu mythology and is also known as the The Lord of Beginnings and The Remover of Obstacles. He is most identified because of his elephant head.

Ganesha is honored throughout Indian and in Hindu cultures, at both secular and religious ceremonies. When someone launches a new business or moves into a new home, for example, the elephant-headed god is invoked to bless the venture.

Ganesha can be a source of inspiration or act as a role model as you try to achieve a goal. Ganesha is typically the first deity contacted in prayers in Hinduism. Those who seek wisdom and prosperity often call for him.

In other words, Lord Ganesh is a very big, and serious, deal in Hinduism.

Bendy Brewski and the Battle of the Beer

As you’ll have it, Hindus have voiced their anger over Charleston, SC based ‘Bendy Brewski’ yoga as a result of the logo which pairs yoga and beer, calling it “highly inappropriate”.

In a press release received from Hindu statesman Rajan Zed, he calls the use “inappropriate” and that the “usage of Hindu deities or concepts or symbols for commercial or other agenda was not okay as it hurt the devotees”.

Zed, who is president of Universal Society of Hinduism, indicated that Lord Ganesh was highly revered in Hinduism and was meant to be worshipped in temples or home shrines and not to be used inappropriately for mercantile greed. He added that linking a deity with an alcoholic beverage was very disrespectful.

Bendy Brewski Yoga, created in 2011, reportedly hosts yoga classes at Charleston area breweries followed by beer tasting and calls itself “the world’s first Yoga and Beer pairing”. It claims to be “Standard on Yoga + Beer” and points out that both Craft Beer and Yoga are “art forms” and ancient practices “involving trial-and-error and precision, patience, practice, pureness and hard work”. It also sells yoga apparel under this logo. Yoga instructor Elizabeth Auden Cosi is the owner and founder, who claims: The brewery is a perfect place for yoga.

We want to hear from you. Do you think this is offensive to the Hindu religion? Or is it just harmless combination of two things that we Bad Yogis love? Share the good, bad and ugly with us in the comments.