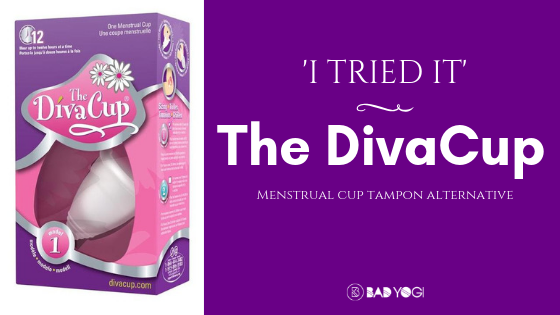 I Tried It: The DivaCup Tampon Alternative

Today, we are getting down and dirty on a topic that I do NOT generally get down and dirty about. In fact, the first time I got my period (and for years to follow), I hid it from my parents and have only just recently become comfortable enough leaving my tampon wrappers in the garbage can of the bathroom I share with my husband. Yeah, I’m that kind of weird about it all. But here I am, writing about the blood and gore (kidding) that is the monthly menstrual cycle.

My period: A short story

When I got my first period, I knew what was happening, but really had no idea what to do beyond that.  Telling my mother about it wasn’t an option (yes it was, but not in my irrational mind) and I’m old enough that I didn’t have an iPhone, at the time, glued to my hand for my research needs. My mom used tampons without an applicator- and without getting into that hilarious and unfortunate story, let me just tell you I DID try to figure out how to use one of those- and pads were bulky packages. Keep in mind, I was trying to be a stealthy ninja, creeping around a local CVS to take care of my own feminine hygiene needs without anyone spotting me.

True story: My first few periods, I laid down several pantyliners across my underwear and hoped for the best. Insert: blood and gore in the messiest fashion possible. In other words, Thinx weren’t ever going to be an option for me, either.

Soon enough, I had my friends picking up tampons with applicators for me, and eventually, I even grew the cajones to buy my own, like a real adult woman who receives her period monthly.

Recently, I decided to give the DivaCup a try. In full disclosure, I probably would have never tried the DivaCup on my own. Even when deciding to try it out, and write about it for Bad Yogi Magazine, the idea of a silicone cup being jammed up my lady bits, only to collect a pile of bodily fluids, and then be removed by myself felt WEIRD. The idea of taking it out? Nearly gave me the heebie jeebies.

But then I thought about it… and a tampon is another device jammed up my lady bits, only to collect a pile of bodily fluids, and then to be removed. Except there’s science suggesting that tampons really have no business up there, never mind the environmental impact. I reminded myself this time after time when my mind would wander and I’d ask myself “will I be able to do this?”

Well… I’m here to report that I did, and with general success. Here’s my story, and my experience.

Why the DivaCup was appealing to me 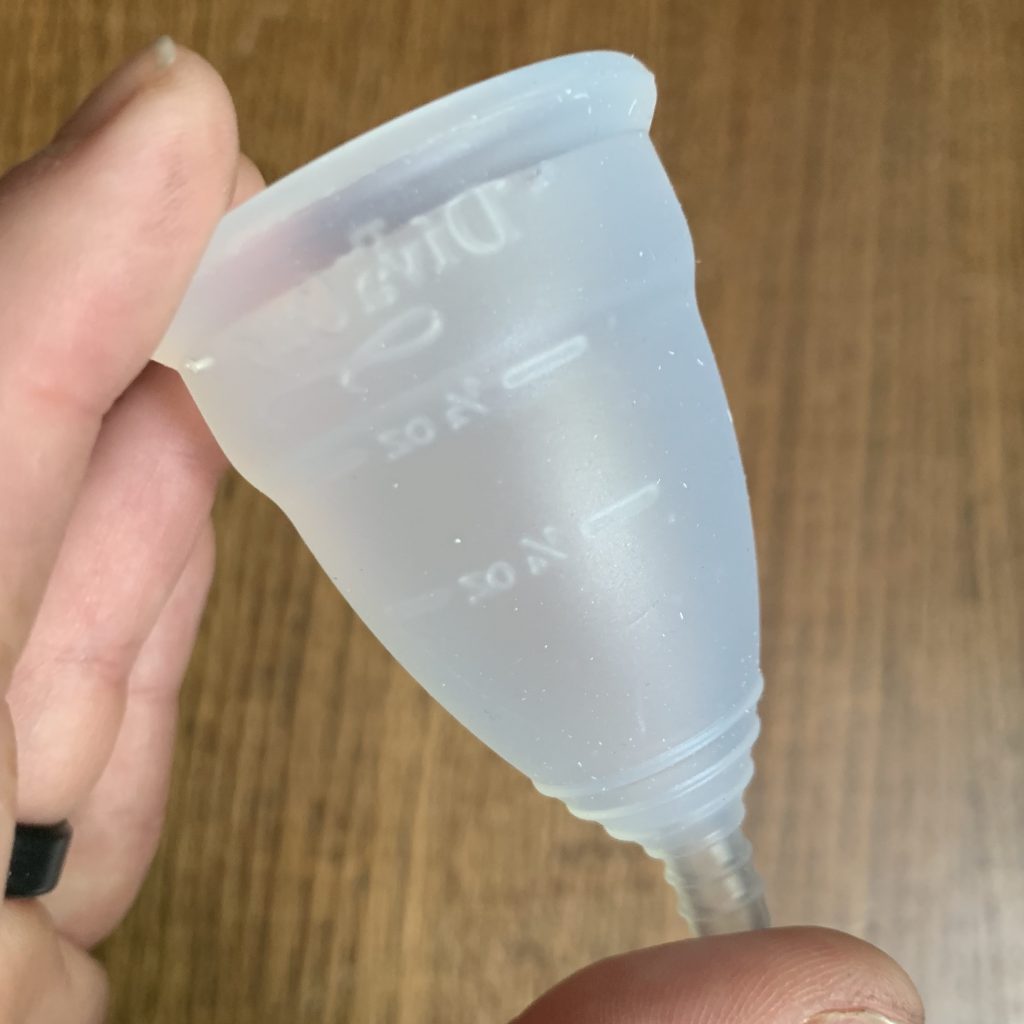 The DivaCup is a reusable silicone menstrual cup that collect your flow for up to 12 hours, and for up to one year. Especially on busy days where the last thing I want to do is worrying about leaking, this sounded incredible.

It’s eco-friendly, made of silicone, odor-free and reviews claimed it to be comfortable and easy-to-use. I can tell you that first non-applicator tampon was not comfortable or easy to use. With over 10,000 reviews on Amazon and 4.5 stars, I felt confident I was at least trying something that people could vouch for.

The DivaCup comes in three models:

Although I’m over the age of 30, I chose the Model 1. I’ve never had a child, and don’t have an overly heavy flow (and thought it’d be easier to insert, which was on of my “bigger” concerns when deciding to try this). I am satisfied with this choice.

Have you ever watched a child look curiously at a new toy they don’t quite understand how to work? That’s basically how I stared at this “toy” when it first arrived. I’d seen pictures, but still had a “that’s going WHERE?” moment of shock in pulling it out of its box. Again, checked in with myself and reminded myself of all the other things that can come in and out of a vagina that are larger than the cup, and told myself to shut up.

DivaCup provides fairly general, and easy, directions for use including two ways to insert the cup. One method basically looked like you were folding the cup in half (they call it the “U-Fold”). The second is called the “Push Down Fold” which, you’ve guessed it, is pushing down the top of the cup to create a triangular entryway.

Inserting it wasn’t difficult, but it’s been a bit different each time, and the first time was definitely the easiest for me. Perhaps it was beginners luck, and the other times can just be chalked up to needing to get a bit more comfortable with the device. Luckily, they’ve got some great videos online that help you if you’re feeling a bit nervous. Rest assured, they use illustrations to guide you through the process.

While inserted, DivaCup is relatively pain-free. There have definitely been times where I’ve felt it, but I will give it my seal of approval that it isn’t uncomfortable at all.

How does it feel?

At its best, I can’t feel it. Its worst, it feels like a tampon that’s kinda out of place, if you know what I mean. At my most paranoid, I feel like it may start to poke out a smidge if I’m not careful, but never felt like it was slipping or falling out.

I’ve gotta admit- this is the part I was the most nervous about. I pictured a messy, bloody scene that would turn me off from ever reinserting the cup again. But I also had no tampons on reserve, so lucky for me, I can report no murder scenes.

Much to my surprise, taking the cup out the first time was shockingly easy. It wasn’t messy, as the cup stored all fluids in the lower portion of the cup, so if it’s not overly full, didn’t have to risk any “spilling”.

I’ve had a bit more difficulties taking it out other times, sometimes even feeling like the cup was so securely in there, that it almost felt like a suction cup being pulled from a window as I removed it.

Major TMI alert: OK… I’ve warned you. That suction cup feeling? Not the worlds greatest feeling in the world. I’ve also noticed that it feels like something “larger” has been renting space inside of me than what it’s used to.

Prices vary based on where you purchase, but you can purchase via Amazon for $20-30 based on size. Comparably, Target and Walmart sell the DivaCup for around $37-38. I also purchased DivaWash  cup cleaner, which is a natural cleaner to wash the cup. May or may not be necessary, but I felt like making the investment. I think that bottle will last me a LONG time.

At the end of the day, I’m going to continue to try the DivaCup. While using it, I’ve had to spend less time thinking about changing my tampon to avoid risk of leaking, and haven’t had any leaking with the cup. It’s been pretty easy to insert and remove, and I’ve generally been able to carry about my daily life.

The eco-friendliness of the cup is also a major appeal to me. Your average tampon takes a long time to biodegrade, and the plastic applicators can take centuries. This is a very easy way to do my part to reduce where I can.

Over to you- what questions do you have about DivaCup? Have you another alternative to traditional pads and tampons, with success? Reach out to me in the comments.