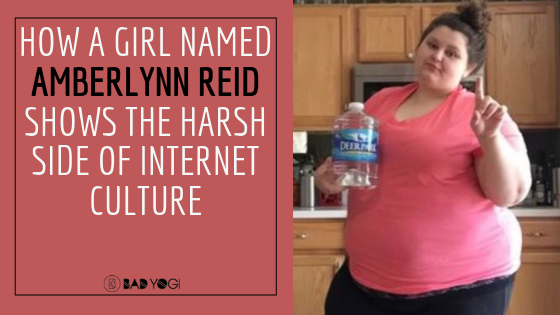 At the beginning of 2019 I was going through an extremely tough first trimester of pregnancy. I was throwing up multiple times a day, nauseous 24/7 and the only thing I ate for 4 months was white rice and fruit popsicles.

I had once heard about something called a “mukbang.” A mukbang is a video or live webcast in which someone consumes large amounts of food for an audience in front of a camera; they became popular in South Korea around 2010 before going mainstream later on.

Unfortunately mukbangs have contributed to the obesity epidemic, and show how unhealthy our relationship can be with food. Many people at an extremely unhealthy weight eat massive amounts of junk food in front of the camera, and many of the owners of these popular channels make a majority of their income from this.

And, this is what I found myself doing after getting re-acquainted with my toilet bowl for the fourth time one day. I came across a girl named Amberlynn Reid who was eating a Subway sandwich in a video titled, “Subway Mukbang – It Gets Messy.”

What struck me as odd was that she started the video by choosing her sandwich online, and counting the calories because she was documenting her weight loss journey. “Well, good for her,” I thought to myself. I went back to the very first video she posted 5 years ago, and was stunned by the fact that she was hundreds of pounds lighter, meaning she had actually gained a huge amount of weight during this time. 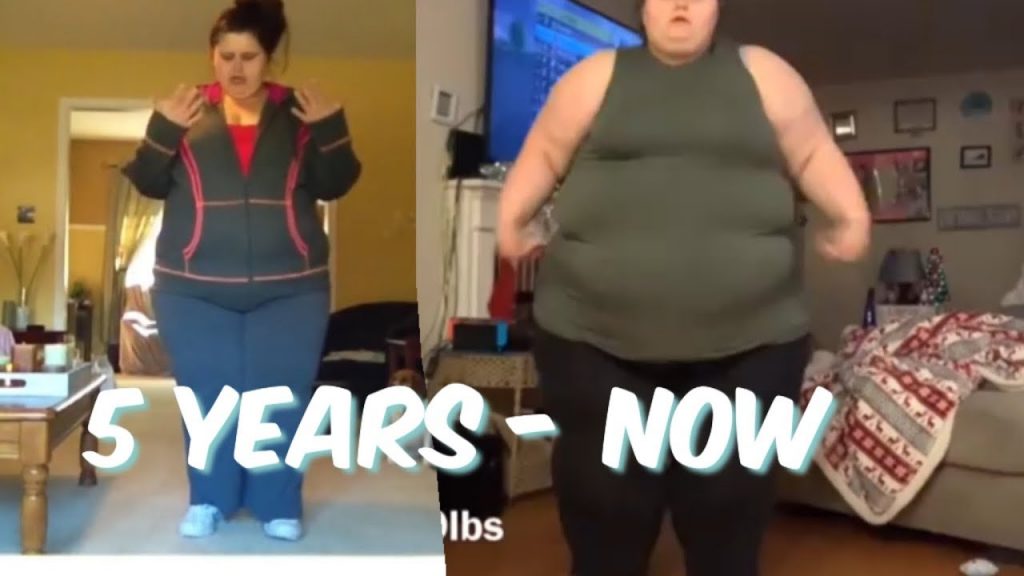 And so, I found myself spiraling into the tornado of not only Amberlynn Reid’s Youtube channel, but apparently an entire community of people who, over the years, became fascinated with her while simultaneously hating her. I googled her name and found an entire Reddit thread discussing her, a change.org petition to get her channel demonetized, and entire Youtube accounts dedicated to “reacting” to her videos. People like Zachary Michael, MichaelBePetty, and Charlie Gold do simple reactions to Amberlynn Reid videos, while channels like Katie W make edits of her videos to make fun of her.

Her life has been online for so long now, that watchers of her channel have seen her with three different girlfriends in three different states, referring to each one as an “era.” There was the “Krystal-era,” when she first started her vlogs, the “Destiny-era,” and the current “Becky-era.”

Unfortunately, in the five years since Amberlynn Reid started her channel, her weight has gone up to over 570 pounds and she struggles to walk more than 3 minutes at a time. Her failures have become fodder for hundreds of comments and conversations online, and at some points in her videos it seems as if she does things on purpose to garner more negative attention, thereby increasing her income.

Amberlynn Reid has become such a phenomenon that it’s hard to look away, and why is that? Is it simply the age-old idea of not being able to look away from a car crash? Watching someone slowly kill themselves by engaging in unhealthy eating habits on camera? Other similar channels include, Hungry Fatchick and Foodie Beauty.

Reading through comments on Amberlynn Reid’s channel or Reddit thread will reveal not only an unsavory side of humanity but a curious one as well. Throughout all of this, I felt a huge sense of sadness for this girl who has become somewhat of a target. Hundreds of thousands of people converse and debate about her as if she has her own reality show.

But, my question in reading everything about her and watching all the videos is this. Why?

I have a few theories:

1. Schadenfreude: The pleasure derived by someone from another person’s misfortune

Basically, when someone fails, it makes us feel better about ourselves, if you’re already insecure, even if the person failing is a friend.

2. Voyeurism: the practice of taking pleasure in observing something private, sordid, or scandalous

For the same reasons we watch reality t.v., we have the desire to see the private life of other people.

Dr. Jana Scrivani, licensed clinical psychologist, told Hello Giggles, “Every genre of television, but reality television in particular, gives us a false sense that we really know the people we see on the screen each week.”

3. It just plain makes you feel better about yourself

Scrolling through the comments section on Amberlynn Reid’s channel or the other various discussion groups about her, I saw multiple comments in which people claimed watching her made them feel better about their own lives. For some, it even motivated them to lose weight or accomplish another life goal.

In falling down another Youtube rabbit hole, I realized something about our internet culture that we often forget. It’s easy to look at people on a computer screen and feel like they aren’t real. But, there is a real person who could be suffering greatly behind the camera and those harsh comments are being read by them.