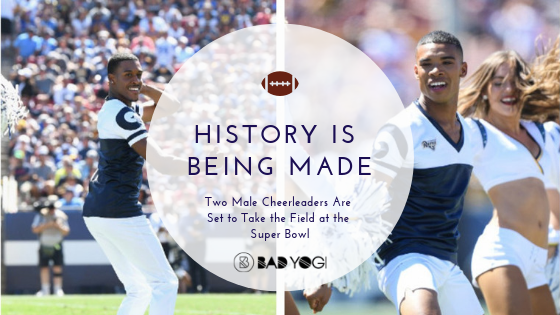 History is Being Made: Two Male Cheerleaders Are Set to Take the Field at the Super Bowl

Football fans across the US are gearing up for the Super Bowl today and while it is usually one of the highlights of the year, this year’s is extra special – two male cheerleaders will be performing at the event, making history.

The Guardian reported that Quinton Peron and Napoleon Jinnies will be taking to the field today as part of the cheerleading squad of the Los Angeles Rams. In doing so, they will become the first male cheerleaders to perform at a Super Bowl in recent memory. Both of them are also professional dancers, so you can expect some seriously awesome moves from these guys. 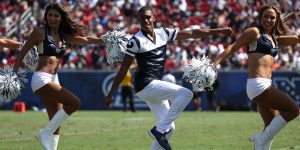 When did this happen?

Peron and Jinnies kicked the gender barrier to the curb in March last year when they first joined the team. Male cheerleaders aren’t an entirely new concept – one often sees them forming part of stunt-heavy cheerleading teams in high school and college, but males have been mostly absent when it comes to the cheerleading squads of professional teams. You will see some men performing the stunts on the Baltimore Ravens and Indianapolis Colts’ teams, but Peron and Jinnies are on the Rams’ team to do what cheerleaders do best – dance!

Keely Fimbres, who is the Rams’ director of cheerleading, says that she immediately notified her bosses when she appointed Peron and Jinnies, adding that she wanted to make everyone aware of the fact that the team now had two amazingly talented male members who are phenomenal dancers.

How did the public receive it?

Even though Peron and Jinnies are both amazingly talented and love being on the squad, they have been subjected to some taunts and jeers on social media and at games. They are not allowing it to dampen their enthusiasm though.”If you have the talent and work hard, why not?” Jinnies told Fast Company last year.

Today reported that despite some of the negative comments Peron and Jinnies received, many people on social media also had some positive things to say about the two male cheerleaders. When the Rams made it to this year’s Super Bowl, Peron celebrated the news with Jinnies on Instagram.

#FullCircleMoment with these 2! 10 months ago, We had our first interview with Good Morning America sharing our excitement with the world about being the First 2 male cheerleaders in the NFL and now we are sharing that same excitement as we become the First 2 male cheerleaders to ever cheer at the Super Bowl! This has been an INCREDIBLE journey and I have been blessed to work with the BEST AND MOST TALENTED TEAM IN THE NFL! See you guys in Atlanta… “We gon’ win!”😜 GO RAMS💙💙 • • 📸: therams.com

Following the post were a bunch of positive comments from fans, with one commenting that they have started watching football solely because of Peron and Jinnies. Another said that they are the team’s good luck charms – and they might just be!

Their story serves as an inspiration to others

Peron and Jinnies are both determined to use the Super Bowl as a platform to inspire fellow men to pursue their dreams in cheerleading, and it seems that they have already managed it without even having performed at the Super Bowl yet. Stories of other men plucking up the courage to follow in their footsteps have popped up everywhere – like the one of Jesse Hernandez, who successfully auditioned for the Saintsations squad after his mom forwarded him Peron and Jinnies’ success story.

Peron told Good Morning America that other men have reached out to him and Jinnies, saying that they are excited to try out for cheer and dance teams in their area. He added that he was happy to see a little bit of a change in the tide.

Men joining a cheerleading squad is definitely not something you see every day, which is what makes Peron and Jinnies’ story so amazing. They are setting the stage for other men to follow in their footsteps and to not be afraid of what others might think. If you love doing something and know that it is your passion, why should your gender stop you from pursuing it? Here’s to breaking more gender barriers in 2019! 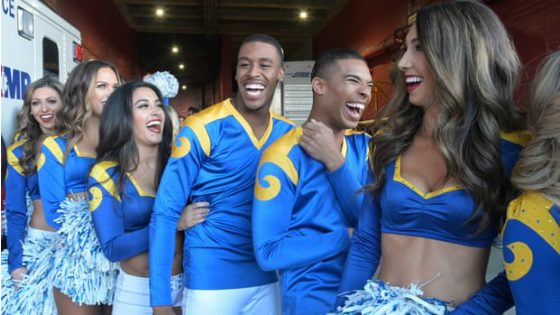