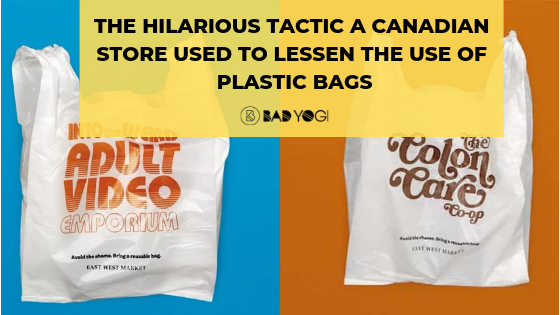 We all know that plastic is a problem. Most countries have started to take note of the issue, and the majority of the world population hate plastic straws right now, but grocery stores still have the issue of customers forgetting to bring reusable bags with them. One store in Canada thought of a creative way to get them to remember, but it didn’t work out exactly as they’d planned.

According to Today, an independent grocery store in Vancouver by the name of East West Market decided that they were going to try and shame their customers into using reusable bags. They had a pretty brilliant idea – they started using plastic bags at the checkout adorned with slogans like Dr. Toews’ Wart Ointment Wholesale,” “Into the Weird Adult Video Emporium”, and “The Colon Care Co-Op”. At the bottom of each of these is a word of advice: “Avoid the shame. Bring a reusable bag.” Pretty cool, right? 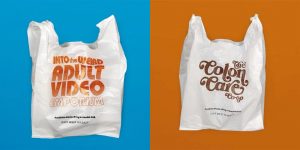 The store announced its new initiative on its Facebook page. The post read, “It’s hard to always remember a reusable bag. We redesigned our plastic bags to help you never forget again.” Along with the post, there was a video that explained some of the dangers plastic holds for the environment.

People loved the bags they were supposed to hate

These bags started showing up at the store earlier this month, but what was supposed to be an embarrassing bag turned into a collector’s item for some. Even though there definitely were some people who were very embarrassed by them, some couldn’t wait to see what bag they’d get next. The plastic bags soon hit social media, with many people saying that they love them. One Facebook user wrote, “Nope this just makes me want to use your plastic bags even more, sorry not sorry, this is awesome.” Someone else commented that they would totally not use reusable bags on purpose just to see what bag they’d get next.

Trying to make a change

David Lee Kwen, the owner of East West Market, spoke to The Guardian about the bags, saying that their tactic to charge customers 5 cents for plastic bags failed miserably, so they went ahead and tried something that would hopefully send a stronger message and get people to use reusable bags. “We wanted to give them something humorous, but also something that made them think at the same time. It’s human nature not to want to be told what to do,” Kwen said. 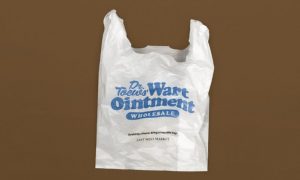 Customers loved the bags and some even started collecting them.
Image: East West Market

Kwen was hopeful that this new tactic would work, printing only 1,000 of the bags to start. Needless to say, the store needed much more than that after a while. Many would probably feel like giving up on humanity after trying so hard to give them a nudge in the right direction, but Kwen is actually not disappointed by how things turned out at all. He wasn’t even really fazed when he found out that some people loved the bags so much that they’re collecting them. In fact, he believes that his plan is actually working, since the bags are getting people to talk about the issue. “Even if you have the bag, you have to explain its origin to your friends. And then, we’ve started a conversation,” Kwen said.

With the bags being so popular, business is booming, and Kwen now wants to print those same designs on reusable canvas bags. Hopefully, people will then opt to buy the popular bags’ reusable version rather than the plastic ones. “It’s a double-edged sword. We wanted to address an issue, but we’ve also made something popular, so it’s turned out great,” Kwen said.

People had a lot to say about the bags

Of course, not everyone is happy with Kwen’s way of doing things. Some people on Twitter said that they admire his idea, but that banning plastic altogether would send a much stronger message.

I like it. Its funny but I would prefer them to just ban the plastic bags altogether.

Funny idea. If they wanted customers to stop using plastic bags, then don’t have them in the store. Use paper bags. Oh right, it’s really about selling cloth bags at a profit and shaming customers into buying them. True environmentalists.

Others shared their frustrations on Facebook, saying that the store in question still wraps many of its products in plastic. One user wrote, “What about the plastic bags you are using in the bin behind the till and what about the plastic wrapped around the food in the display cabinet opposite the till? What are you doing about that?”

Another comment read, “How about being more direct and having the bags say things like: ‘I know I’m trashing the planet but I don’t care,’ ‘I have more important things to do than remember a reusable bag,’ ‘My convenience is more important than trash free oceans,’ ‘My bag won’t end up as whale, albatross or dolphin food…and if it does I won’t believe anyway.'”

We have to admit, that last comment really hits home. If stores put messages like that on plastic bags, people will feel like they are being addressed directly, they’re put on the spot – and no one likes to be put on the spot, let alone walk around with a bag that says how bad of a person they are for using it in the first place. That might just work. Sometimes harsh measures need to be taken. Yes, all of us forget our reusable bags sometimes, but if you’re going to be subjected to a bag that quite literally “scolds” you for using it, you’re bound to get into the habit of always having a reusable bag in your handbag or your car.

People, especially those living in Canada, can just as well start getting used to using reusable bags, because, according to The Globe and Mail, Canadian Prime Minister Justin Trudeau promised to implement a ban on “harmful single-use plastics” by 2021. This includes plastic products like bags, straws, cutlery, and plates. According to Business Insider, America is also slowly starting to do the same. Earlier this year, New York state lawmakers approved a state-wide plastic ban that is set to go into effect in March next year. In California and Hawaii, similar bans are already in effect. That’s three plastic-free states. America has 50. Hopefully, the remaining 47 will follow suit.

Banning plastic altogether all over the world might be what’ll work best. You’re only going to struggle to carry all your shopping in your arms to your car once – there won’t be a second time. That’s a pretty full-proof way to make sure everyone remembers their reusable bags. Once people no longer have the option to use certain plastic items, they’ll be forced to find a way to make do without them – it’s as simple as that. We either get rid of all plastic or we’ll have to deal with the dire consequences later. It’s all up to us.

Have you started to switch from plastic to other products? Know of any cool products to replace the plastic ones? Drop them in the comments!