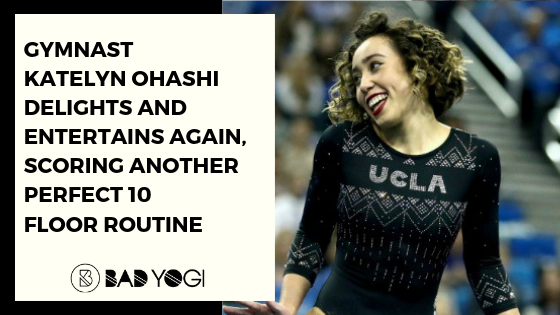 UCLA Gymnast Katelyn Ohashi is making big waves. Following another jaw-dropping performance at Sunday’s gymnastics meet, it is clear that she is a force to be reckoned with. Scoring another perfect 10 on her floor performance, the 21-year-old is clearly just getting started. 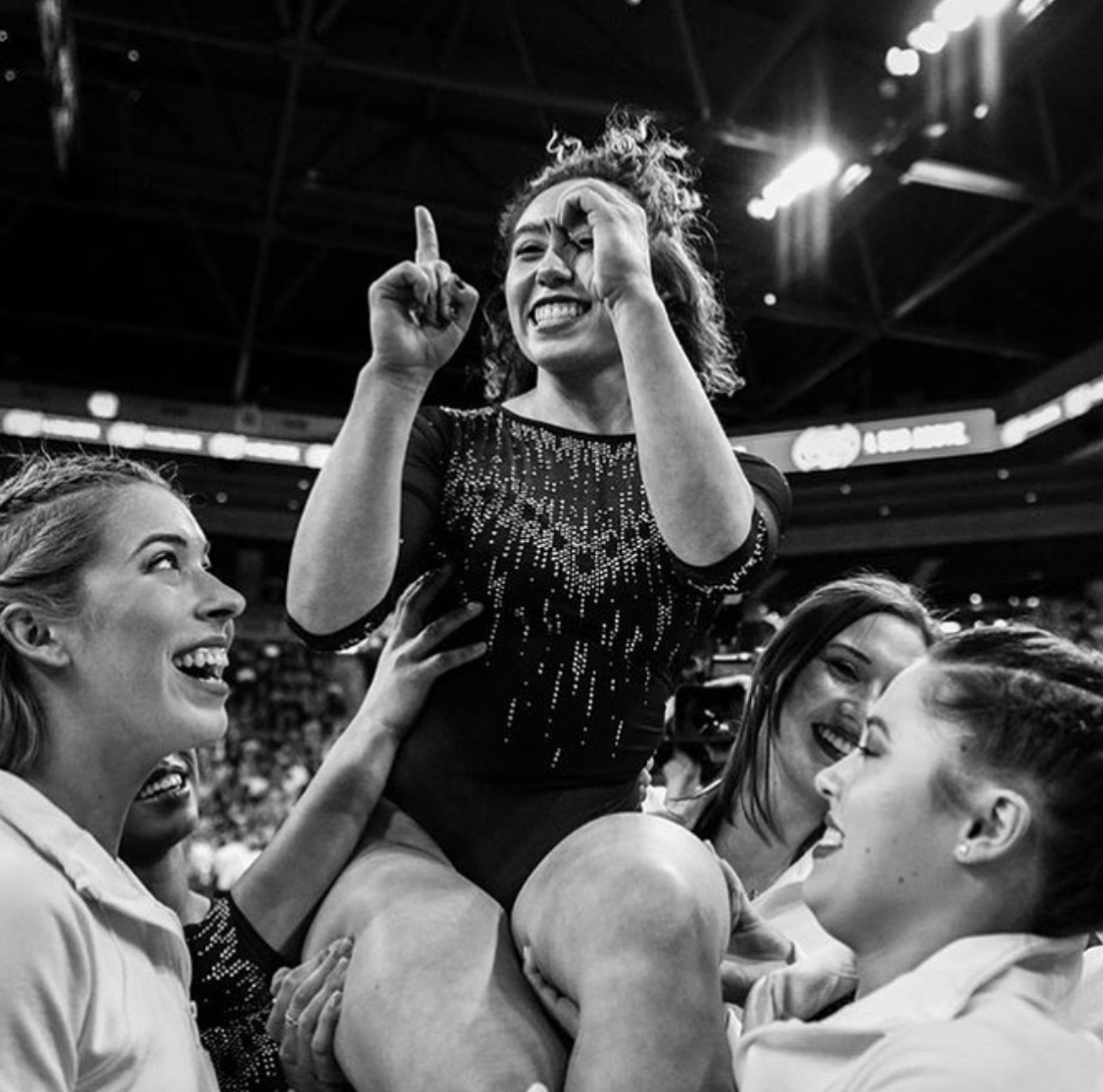 Ohashi started the year with a bang

This is not Ohashi’s first perfect 10 score of the year – The Washington Post reported about her viral performance in January where she delighted audience members with her routine. Executing her stunning routine on Tina Turner’s “Proud Mary”, Ohashi’s performance stunned the audience and judges alike, with many claiming it as one of the best floor routines they have ever seen. A video of the performance garnered over 40 million views on Twitter, enthralling people all over the world.

A 🔟 isn’t enough for this floor routine by @katelyn_ohashi. 🔥 pic.twitter.com/pqUzl7AlUA

Ohashi is captivating audiences, one routine at a time

Sunday’s performance was no different – in fact, it may be safe to say that she topped her performance in January. The No. 2 ranked Bruins and the No. 1 Oklahoma Sooners faced off at the University of Oklahoma, and Ohashi certainly didn’t waste any time in showing everyone what she was made of. With a big smile and tons of enthusiasm, she wowed the crowd again. Social media soon blew up with posts about the performance, with many praising Ohashi’s performance.

ABC News reported that her stunning routine even caught the eye of basketball player Earvin “Magic” Johnson, who took to Twitter to let everyone know that it was one of the best performances he’s ever seen in college gymnastics.

UCLA gymnast Katelyn Ohashi gave one of the most exciting and electric floor performances that I’ve seen in college gymnastics! She scored a perfect 10 against Oklahoma. Must watch TV!

This is not Ohashi’s first perfect 10

This perfect 10 score marks the 9th one Ohashi’s managed to get, with Popsugar reporting that she’s had eight perfect 10 scores prior to Sunday’s performance. Six of those have been for floor routines. Ohashi is known for her choice of music accompanying her performances. Last year in April, she became a viral sensation for the first time after her Michael Jackson floor routine. Sunday’s performance featured some of the music Ohashi’s previously used for her routines, like Earth, Wind, and Fire’s “September” and the Jackson 5’s ” I Want You Back”.

Excellence without passion is inexcusable

Along with her choice of music, the thing that certainly sets Ohashi’s performance aside from the rest is her unwavering passion and enthusiasm while she performs. Not a moment goes by during the routine where she’s not smiling. She really seems to be enjoying herself, and the feeling is contagious. 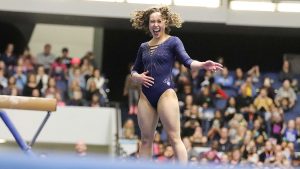 Even though she’s smiling now, it took a great deal of suffering before Ohashi could perform with so much grace and happiness again. She told Good Morning America in January that it took her a while to rekindle her love for gymnastics after she suffered an injury that forced her to give up on competing in elite gymnastics. She also had to deal with intense body shaming since she was just 14 years old.  It was with the support of her UCLA coach, Valorie Kondos Field, and poetry that Ohashi learned to love herself and her body again.

It’s not about winning at all

The Washington Post quoted some powerful words from Ohashi earlier this year, which sums up everything people love about her. She said that she finally managed to love gymnastics again and was feeling the happiest she’s been in a long time, adding that for her, it’s not about winning at all, “It’s not the outcome. It’s not me standing on the podium with medals. It’s me being able to walk out with a smile on my face and truly being happy with myself,” she said. At the end of the day, isn’t that exactly how it’s supposed to be? Fulfillment and happiness are better than any prize in the world. It might be safe to say that it is this very perspective that is responsible for Ohashi’s success so far.

Ohashi also doesn’t seem to take herself too seriously – she took to Twitter after her stunning performance in January to admit that there’s still one flaw she would like to work on in her routine.

now i just gotta learn how to clap on the beat😂🤦🏻‍♀️

When you watch Ohashi’s performance there doesn’t seem to be much of a competitive streak in her. She just seems unapologetically alive, living fully in the moment, enjoying every second. Her routines are a true celebration of what the human body can do, and honestly, we can’t think of anything more beautiful.