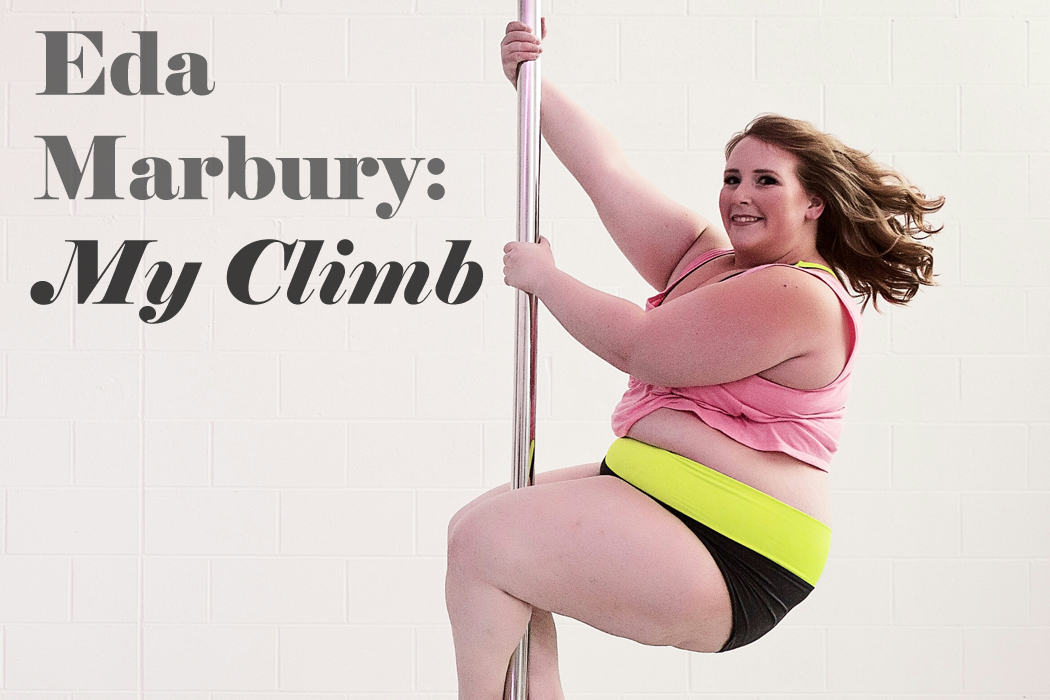 For the last 2 years, I have begun to dig myself out of a self hatred hole that I dug. When I was in the 7th grade I became anorexic because I did not fit into what society wanted, my dad was an alcoholic and unsupportive, and I was heavily bullied in school. I thought that starving myself would solve these problems, but they did not.

After I graduated, I went to college and I met my husband. He noticed right away that I was not eating and he began to encourage me to eat. I started to eat, but unfortunately I did not understand the nutritional value of food and became an overeater. The feeling of self-hatred did not go away, but I tried to solve it with food. This type of behavior went on for 5 years and I was ready to give up on myself.

I stopped going out, getting dressed, and looking in mirrors. I was in denial about how I felt and what I had done to my body and self esteem. I was friends with a girl on Facebook and she began posting her pole fitness videos. I was immediately intrigued, but of course I just watched. I loved how she looked at herself in the mirror and she seemed to happy. I craved to feel the same way about myself.

Previously, I had tried to lose weight, but it never really stuck. My husband and I began to talk about when we wanted to start a family. The more I thought about it, the more I realized that if we had a child that I would miss out on a whole lot. It was difficult for me to get up and down the stairs at our house and I could barely fit in my car. I would tire just from putting on my shoes. Not only would I physically tire easily, but what did I know about nutrition? Who would teach my child about nutrition? I began to question myself, would my child hate themselves because I hated myself and I’m the example?

The next time I saw her post about pole fitness, she announced that she was going to be an instructor at a studio that was local to me. I immediately messaged her and asked her the details. I was welcomed right away by her to come and try it.

At this point I began the first day of the rest of my life. I will never look back. 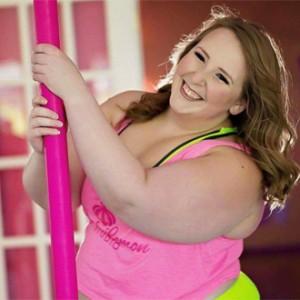 I decided to take my life back in 2014 by taking pole fitness classes. I've never looked back and continue to challenge myself to grow as a person.