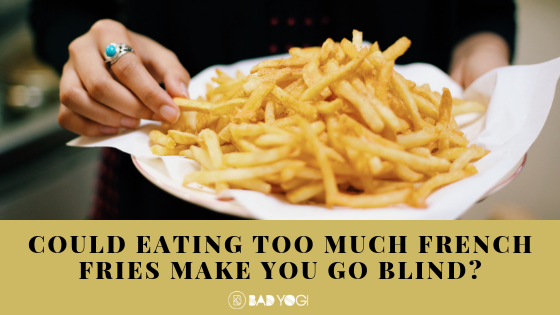 Could Eating Too Much French Fries Make You Go Blind?

We all know that french fries aren’t the best food option out there. It tastes amazing and almost everyone loves it, but could eating it too much cause you to go blind? Well, a young boy kind of just proved that it can.

Going blind after eating too much french fries

According to CBS News, a teenage boy lost his sight after eating nothing but french fries, potato chips, and a bit of ham since preschool. The reason this happened? He was suffering from malnutrition because of a vitamin deficiency in his diet. One of the doctors who personally treated him for three years, Denize Atan, said that he was a “fussy eater” but before that was perfectly healthy and wasn’t using any medication. She first started treating the boy at the age of 14 when he complained about chronic tiredness. Atan realized that he had a number of deficiencies, which included vitamin B12 and D as well as copper and selenium. He also suffered from anemia. After giving him a B12 injection, she told him to start following a healthier diet that includes a wider variety of foods. It seems that he didn’t heed her advice. 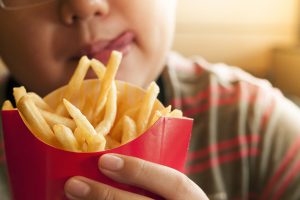 As it turns out, the boy was suffering from avoidant-restrictive food intake disorder (ARFID), previously known as Selective Eating Disorder. He couldn’t stand certain food textures, and crisps and chips seemed to have been the only foods he wanted and felt like he could eat. According to Atan, his daily diet consisted of crisps like Pringles, slices of white bread, and a bit of ham at times. He didn’t really consume any fruit or vegetables. 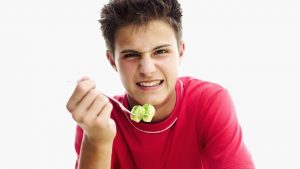 Many parents dismiss ARFID as their kids just being fussy, but there are some real health implications. Losing your vision is only one of them. Doctors that published the article Annals of Internal Medicine (which discusses this condition) says that, even though the boy ate every day and wasn’t hungry, he was malnourished. This caused a loss of minerals from his bones, which, according to Atan, is shocking for a kid his age.

ARFID, unlike other eating disorders, aren’t driven by the desire to lose weight. People who suffer from this disorder often have a normal BMI. The boy, in this case, had an average weight and hight and normal BMI. The only problem was that he was depriving his body of the necessary nutrition. He admitted that he hadn’t eaten foods with certain textures since elementary school – that’s how his “french fry diet” started. The case report states that people with ARFID have a lack of interest in food as well as a heightened sensitivity to certain food textures. This leads to fear of what would happen if they eat certain foods. According to the National Eating Disorders Foundation, ARFID can cause a lack of appetite, weight loss, and gastrointestinal problems. People who suffer from ARFID can also be scared of choking or vomiting.

How did he go blind? 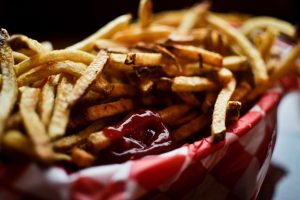 The big question is, will the boy ever be able to see again? According to Health, a person’s loss of vision can be reversed if doctors pick it up in time. This was unfortunately not the case in this scenario. The boy is not completely blind, though. He regained his peripheral vision but has blind spots in the middle of his vision. This means that he’ll never be able to drive and will find reading, watching TV, and discerning faces quite difficult.

If there’s one thing all of us can take away from this it’s that we should never dismiss a kid’s fussy food choices as something that will just go away on its own. That boy is blind because people didn’t know enough about ARFID. Hopefully, his story can help to save others in similar situations and create the necessary awareness.

Before you go and swear off french fries, remember that the boy’s loss of vision is a result of years of malnutrition. Just take care of your body and make sure you eat a balanced diet. French fries won’t kill you, and it won’t make you blind, as long as you eat it in moderation.