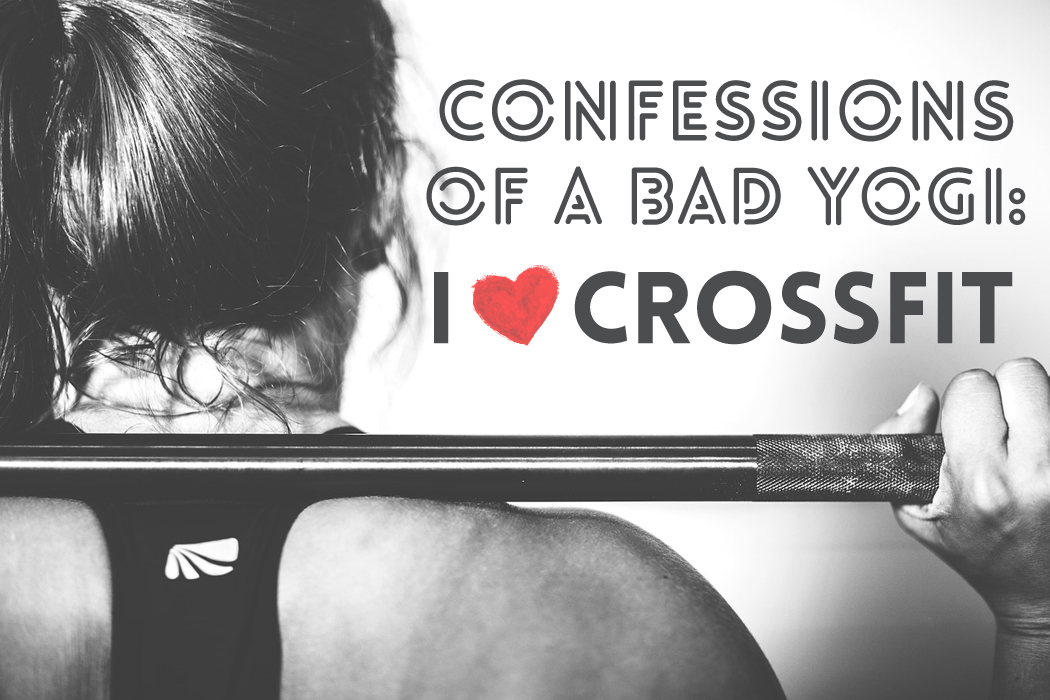 Confessions of a Bad Yogi: I Love CrossFit

I’ve never been athletic. In gym class I was the kid who would try to get hit by the slower flying dodgeballs just so I wouldn’t have to play anymore. I preferred intellectual challenges to physical ones. I was captain of the debate team and an all-city champion in high school debate three years running… but I barely passed gym.

Shortly after high school, to my surprise, I discovered yoga. After an attempt to get into fitness I somehow found myself at the university rec center with my best friend. I tried a Hatha yoga class and was immediately hooked. One year later, having never practiced at a studio, or anywhere other than my room and sometimes the dark rec center activities room, I decided to enroll in yoga teacher training. I believed (and still believe) that yoga can change the world. I liked yoga because it was about a spiritual and emotional connection to yourself and the universe, and because you didn’t necessarily have to be a dodgeball champion or run marathons to practice yoga.

After completing my teacher training I was determined to bring yoga to as many people as I possibly could, and I was convinced that athletes needed it the most. So, I reached out to every gym, big or small, in town to see if they needed a yoga instructor. The first gym to respond to my inquiry was Devil Dogg CrossFit Gym. I set up a meeting with the owner, Chris,who turned out to be the kind of big, tatted, bearded, former Marine that you’d expect to run a place like that.

Upon arriving at the gym, I found that his description of it being “a little rough around the edges” was accurate. It was one large room full of high-end CrossFit equipment that had stayed incredibly true to the heart, soul, and ultimate intention of a CrossFit “Box” … the kind of place that could have been your own garage. That very day we set up two times for me to teach during the week and agreed on an arrangement that included me being able to take advantage of free CrossFit classes  (yeah right). A yogi wouldn’t do CrossFit. In my mind, CrossFit athletes were nuts and I was basically just trying to save them by bringing a little light, love, and yoga into their lives.

It’s not easy to teach athletes. I had small classes, but Chris never stopped believing in my abilities or the importance of yoga, and he quickly became my most dedicated student. (Who would have thought?!) Some days it was just me, Chris, and his kiddos and the occasional skeptic or friend of mine that popped in. In the midst of this I was regularly reminded that I could come to a CrossFit class anytime I liked. Nervous laughter was my usual response.

Two months into my teaching it came time for the Memorial Day Murph. The Murph is a hero WOD (that’s “Workout of the Day” for all you yogis) in honor of the fallen Navy SEAL Lieutenant Michael Murphy. The workout includes a one-mile run, 100 pull-ups, 200 push-ups, 300 squats, and another mile run. I ran the first mile and then stuck around to help with the event. I was amazed with how muscular and just flat out awesome these athletes looked. But what’s more amazing than how they looked was everything they could do. Until you’ve seen people do things that seem basically impossible to you—and all in honor of fallen soldiers and veterans—you can’t even imagine the level of inspiration I experienced that day. I wanted to be stronger. I had accepted during teacher training that I was naturally flexible (the splits have always been easy) but never naturally strong. I wanted to be strong, and athletic, and I wanted to remain flexible. I wanted to be everything that a CrossFit athlete is.

Around the same time as the Murph the small DDC yoga team started talking about how to get more people to come to class. Hence the birth of the Yoga WOD (trademark pending ?), an ingenious idea in which we would combine 30 minutes of metabolic conditioning and 30 minutes of yoga. People loved it! The first Yoga WOD I co-taught was my first introduction to anything CrossFit, and I was surprised with how much I loved it. After that I was determined to go to a real class and get the full ass-kicking hour of CrossFit instead of 30 minutes of a more watered-down version. It took a whole week of setting my alarm at 5 a.m., going back to bed, then waking up four hours later feeling embarrassed that I was such a chicken, and one perfectly blunt fortune cookie that said “Action takes precedence over words. Can you do it?” before I finally made it to the 6 a.m. CrossFit class. I still attend this class between three and five times a week and have started to realize that even though you can become so sore that even sneezing and coughing hurts, and that you will find scrapes and bruises and not know how they got there, CrossFit is teaching me some important lessons.

There’s nothing quite like the intimidating, humbling, and rewarding experience of completing your very first Hero WOD. There’s also nothing like having people who cheer for you when you get your first pathetic kipping pull up (I’m still not entirely sure than my chin made it over the bar, but I love you guys for cheering anyway) or having your CrossFit coach make a comment about “shining your heart towards the mat” in a two-minute plank hold. CrossFit and yoga may not seem like they go together, but in my experience they compliment each other perfectly.

At the end of the day, I realized that I had been limiting myself because I didn’t see myself as an athletic person. I was naturally skinny and flexible and lucky enough to never have to work out because I wanted to look good in a bikini, or because I wanted my thighs to be a certain size or shape. Because of this, I’ve always looked for a workout routine that was about more than just physical change. I found that with yoga but, to my surprise, I’ve also found that with CrossFit.

If yoga is about listening to your body and finding the perfect balance between strength and flexibility, so is CrossFit. CrossFit is about helping yourself realize everything that you are capable of. It’s about being strong. And when you spend several days a week proving to yourself everything that you can do, CrossFit, like yoga, is also about self-love and gratitude. “We are grateful that we are alive to feel pain” is something that military veterans say about CrossFit WODs: We are grateful that we are alive to struggle and fail time and time again. We are grateful that we are alive to train and adapt and become strong. The process is long and arduous. It is mental, spiritual, and physical. The process is not, by any means easy, and it is not always beautiful or “cool” whether we’re talking about CrossFit or yoga. But… it is worth it.

I will always be passionate about teaching yoga and I will always practice every day, but a diet of straight yoga all day every day is like only ever eating kale and quinoa. Sometimes you need to shake things up. I’m proud to be a yogi that supplements her yoga with CrossFit and to have the company of wonderful athletes who supplement their CrossFit with yoga. The little spot in my universe where CrossFit meets yoga may not be something that anyone else ever understands or embraces, but I am incredibly grateful for it. This scared little debater was meant to find yoga, and she was meant to find CrossFit so that she could learn to be stronger than she ever imagined.

Over to you, yogis: Have you ever tried CrossFit? How do you complement your yoga practice with cross-training? Let us know below! 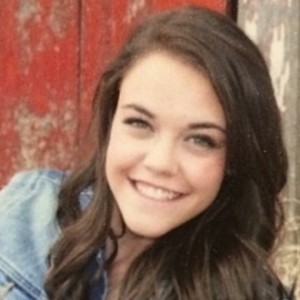