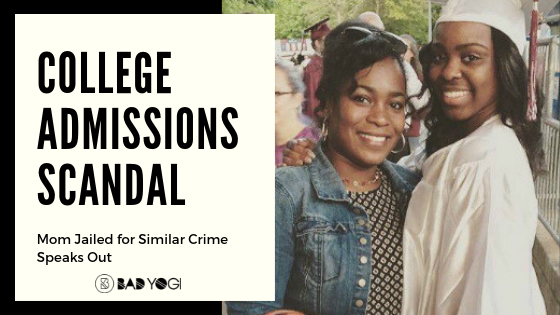 What do you do when you know there’s probably no way you’re going to get into the school or college of your dreams? Do you find a way to cheat yourself into being admitted? You’re probably shaking your head right now, thinking of what a stupid idea it is. Maybe it even sounds like a movie you’ve watched in the past. And it is indeed a serious crime. Earlier this week, the US was shocked when the biggest college-admissions scandal in the country’s history hit the news.

Today reports that actresses Felicity Huffman and Lori Loughlin are among the students whose parents pulled some strings to get them into college. Vanity Fair reports that they reportedly created unnecessary special-needs loopholes for their children, which allowed their exams to be proctored under unusual circumstances. This, in turn, allowed co-conspirators to change incorrect answers on the tests, thus giving them the required score, or even writing the tests for them. It sounds bad, and it is. Going to college is a privilege after all, and if you work hard enough, the chances are good that you could get into the school of your dreams. 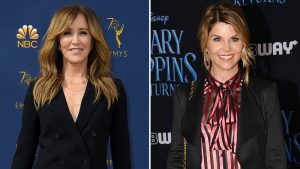 Felicity Huffman and Lori Loughlin are among the students whose parents pulled some strings to get them admitted to college.
Image: Shutterstock

In all the chaos that followed on the internet after the news broke, another similar story has surfaced that makes one wonder whether the justice system will prove itself to be fair in this case.

Today reports that Kelley Williams-Bolar, the mother of two kids, lied about her address years ago in order for her kids to attend a better school. She has spoken up about the college scandal, saying that she knows what it is like to do something illegal to ensure that your children will have the best possible future.

Back in 2011, Williams-Bolar used her father’s address as her own to be able to send her daughters to a school in a better district than the one they were supposed to attend. Her father backed the idea, suggesting that she use his address so his grandchildren could have a better shot at a good education. Williams-Bolar says that she didn’t even know she was breaking the law until she was charged with the crime.

Williams-Bolar was sentenced to jail

The news of what she’d done attracted national media attention and the court eventually found Williams-Bolar guilty of grand theft and tampering with evidence. This led to a ten-day sentence in jail, a $70,000 fine, and three years of probation. Clearly, this type of offense is considered very serious, and Williams-Bolar simply falsified an address to give her kids access to a good school. Many of us would probably sympathize – we know we’d do anything to give our kids their best shot at life. Looking at the college-admissions scandal, one can draw some parallels between the two cases. In both instances, we see parents desperate to give their children their best shot at a good education. It doesn’t seem like that big of an offense, but there is a bit of a difference.

What will happen now that a similar case concerns people with wealth and status?

Williams-Bolar says that she had mixed emotions when she heard about the college-admission scandal. On the one hand, she was stunned by the fact that they could be so blatantly dishonest. “They already had so much and just wanted more,” she said. On the other hand, she sympathized with the parents of Huffman and Loughlin, because what they did is very similar to what she had done for her children. She says that even though the socioeconomic backdrop is completely different, the motive remains the same – they are mothers who just want the best possible education for their kids. “When I watched the video of them with their daughters, I could see the passion in their eyes for their kids. I could see the love there. They want what’s best for their kids,” she added.

Question is, are Huffman and Loughlin’s parents going to be given the same treatment in court as Williams-Bolar? They have one thing that Williams-Bolar did not – status and money. Williams-Bolar says that even though she sympathizes with them, a part of her hopes that justice will prevail and that they will serve some time, just like she had to, and not be given a pass just because they have money and status. She expects that their attorneys will probably argue that it was a first-time offense, but Williams-Bolar was a first-time offender too, and she had to deal with the consequences regardless.

Williams-Bolar’s advice to Loughlin and Huffman

Williams-Bolar does have some advice for Loughlin and Huffman though – they should accept responsibility for what they’ve done and not blame others for their actions. “Honesty is the best policy. Just be true to yourself and say, ‘Yes I did that.’ You have to stand by what you did. You have to own it and take responsibility for what happened. That’s what I did,” she says.

Williams-Bolar is using her past mistakes to make a change

Williams-Bolar still regrets falsifying that address all those years ago, but she’s making something good out of it. She currently works at the Akron School District and is an advocate for equal education. Working with the Connecticut Parents Union, she’s running an education advocacy program that is trying to persuade states to allow parents to send children to other schools than the one in their district without it being a jailable offense. Williams-Bolar doesn’t want parents to have to face jail time just because they want better education for their kids.

Williams-Bolar’s daughters both went to college – one already graduated while the other is currently busy with her studies. She can proudly say that this time, she had nothing to do with their admission – they did it all on their own, without any extra help and she couldn’t be more proud. 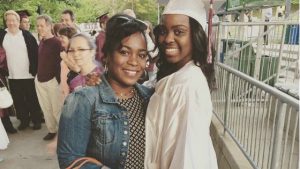 There’s no denying that Williams-Bolar had only good intentions when she falsified her address to give her children access to the best possible school. Huffman and Loughlin have wealth and status – it might be safe to assume that they didn’t have any issues with sending their kids to the best school, so why would they need help to get into college? We’re not justifying what Williams-Bolar did, but we do hope that the justice system won’t be privileged just because the people who stepped over the line this time have money and fame on their side.

What are your thoughts on all this? Do you think the court will be prejudiced just because the offenders are the parents of famous celebrities?