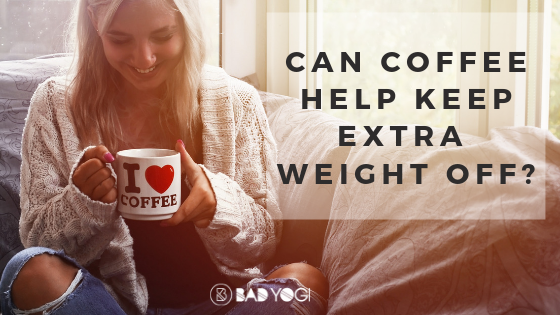 Coffee lovers, rejoice! A brand new study has been done on your favorite cup of joe, and its future is looking very bright. Many studies have been done on coffee before, and a lot of them have had some conflicting results, but this new one revealed a surprising perk of everyone’s favorite hot drink – it might actually help you to lose weight.

You’re probably a bit skeptical right now. Most people are when someone tells them that their favorite food or dink might help them to lose a few pounds. Well, a new study that was published in the Scientific Reports journal that was conducted by the School of Medicine at the University of Nottingham shows that coffee can indeed work miracles – and we’re not just talking about its unfailing ability to keep you awake on a Monday morning. 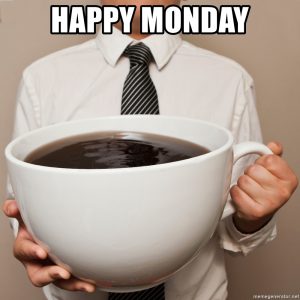 Previous studies have shown that Americans love their coffee – according to the National Coffee Association, 64 percent of Americans drink a cup of coffee every day. That’s a lot of coffee consumption. It’s pretty clear – people love their coffee fix, and previous studies that predicted all sorts of doom and gloom to those who drink too much coffee couldn’t really manage to get people to swear it off. It’s great that we now have another study that’s giving coffee a thumbs-up, because let’s be honest, we all secretly want it to be good for us.

So, how exactly can coffee help you to lose weight? Well, as with everything else, it’s no miracle cure, but the study has shown that it stimulates brown adipose tissue, more commonly known as brown fat. This type of fat is pretty awesome because it has calorie-burning properties. According to MindBodyGreen, brown fat works differently than the other types of fat that’s found in your body. Brown fat’s main job is to provide your body with heat by burning sugar and fat, usually as a response to cold temperatures. Co-director of the study, Professor Michael Symonds, says that once we manage to increase the activity of brown fat, we can improve blood sugar control and improve blood lipid levels. The extra calories that are burned during this process also help you to lose weight.

So, what makes brown fat so different? Well, initially scientists actually thought that this type of fat was only present in babies and hibernating animals. As it turns out, small amounts are present in adults as well and it’s usually found in the neck. It’s different from white fat, which is usually found in the area around the belly and accumulates there due to your body storing calories.

CBS This Morning spoke with Dr. David Agus, asking him to explain what these new findings mean for our understanding of how the metabolism works. He explained it as follows:

“Normal fat stores energy. And brown fat has lots of mitochondria and iron (which is why it’s brown), and its purpose is to generate heat. Basically, that changes metabolism and actually changes the cholesterol or fat profile in your blood.”

He went on to explain that brown fat can be stimulated in other ways as well, including exercise and a good night’s sleep, but it’s pretty dope that coffee can do the same thing.

So, how did the study come to show that coffee is indeed a miracle worker in more ways than one? The procedure was quite simple, really. The study used thermal imaging, which showed that after people drank a cup of coffee, the brown fat in their necks started to heat up a little bit. It’s not clear whether this rise in temperature is caused by the caffeine or some other substance that’s found in coffee, but the point is that it does indeed activate the brown fat in your body. 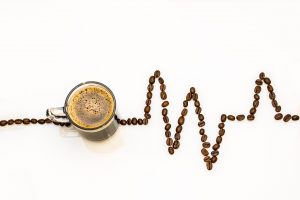 Symonds is very excited about this new development, saying that it could help to tackle a variety of health problems related to obesity.

“This is the first study in humans to show that something like a cup of coffee can have a direct effect on our brown fat functions. The potential implications of our results are pretty big, as obesity is a major health concern for society, and we also have a growing diabetes epidemic, and brown fat could potentially be part of the solution in tackling them.”

All of this is very good news, but before you put the kettle on, take note that Dr. Agus advises people to only drink three cups of coffee a day. According to him, that has some health benefit, but this is definitely not a case of more coffee being better. He also advises that you don’t drink any coffee after 1:00 or 2:00 p.m.

“Caffeine’s half-life is six hours,” he explains. “If you have a 1:00 [cup], it’s only going to be half the level by 7:00 at night. Even if you sleep, it’s not going to be the deep restful sleep with caffeine on board.” 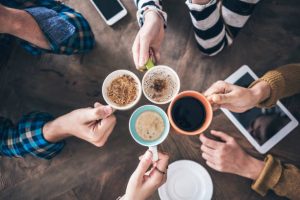 It’s also important to test how your body responds to coffee if you’ve never been an avid caffeine junkie before. For some people, coffee actually improves digestion and focus, while for others, it can cause more fatigue and brain fog, as well as unpleasant digestive symptoms.

It still hasn’t been proven without a shred of a doubt that coffee is all good for you, but it’s good to see yet another study showing some positive results. In any case, we always have to keep in mind that too much of anything isn’t good for us and that moderation is key. Now you can enjoy that cuppa with a smile – it’s keeping you awake and helping you to burn a few extra calories. We call that a huge win.