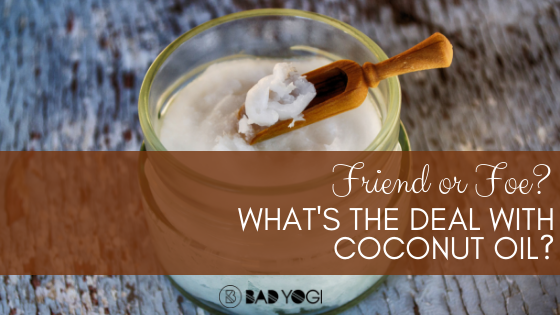 What’s the Deal With Coconut Oil?

It seems that every season something new comes out claiming to be the new miracle cure-all for your life. Claims that coconut oil would fix everything from dry elbows to your shitty romantic relationships were plastered all over the internet. Even more about how it would boost your metabolism and make you thin (because that will totally solve all your problems, right?)

Now, all of a sudden, there are newer claims about how coconut oil is a sham.

The use of coconut oil is not new. Folks- such as myself- who come from Latino/Black/Brown backgrounds (to clarify not all Latino/a people are people of color; see my headshot paired with this article for evidence) have been using it forever. Put it in your hair, bake with it, use it to wipe off makeup. So what the hell is actually up with coconut oil? It is the miracle oil… or the snake oil?

Before we delve into that aspect of it, I feel that it is extremely important to take a long, hard, and very critical look at the wellness industry. It’s booming and we all love it. We love our sugar scrubs, our algae, our bone broth. But… and it is a BIG ‘but’… this industry that we love so much is still based very much on a capitalist agenda. Before I lose you all here, it is vital to acknowledge that simple, but undeniable, fact. People are trying to sell things and make money from it. So much changes from season to season, year to year. I remember back in the ’90’s when everyone was going on about how eggs are bad for you because of the cholesterol. Now, we all love them again because they’re high in protein and good fats and low in calories. (Don’t get me started on calories, y’all!)

All about the bandwagons

Bandwagons? What I am getting at here is that, a lot of times, we jump onto bandwagons that have been marketed to us to appeal to the eye (or our hearts) without a great deal of in-depth examining of who is saying what and why.

Prime example? Bone broth. You do know that, depending on your location, it is literally just ‘broth’ or ‘stock’, right? Broth has been around for a very long time. My grandmother used to regularly make it. I made bone broth as a kid before I opted to go plant-based. Sure, it’s good and I have no doubt that it is good for you, but ask yourself who thought about taking this thing we’ve been buying at Trader Joe’s for $2 and decided to sell it to you in a 4oz cup for $8? And why?

So what does this have to do with coconut oil? Everything. As I stated before, the usage of coconut oil is not something that is brand new. Someone just decided that they loooooved it and wanted to make it a thing; kind of like Justin Bieber.

But what is the actual story on coconut oil?

Is it going to heal our past traumas or send us to an early grave? It boils down to over-consumption. In the United States, at least, we are not exactly known for our restraint, and people are (in the case of worrying about ones’ physical health) consuming it in very large quantities. Coconut oil is high in saturated fats. Saturated fats are a type of fat containing a high proportion of fatty acid molecules without double bonds and are considered to be less healthy in the diet than unsaturated fat. So are things like butter, pork, and beef, which the American Heart Association (AHA) also encourages limited amounts.

You can still ingest coconut oil without worrying that you’re going to keel over, simply watch your intake. Realistically speaking, we shouldn’t be eating boatloads of oil, in general, so why would coconut oil be any different? Use it sparingly. Sub it for olive oil in baked goods or when doing other types of high-heat cooking. Just don’t eat spoonful’s of it daily and you’ll be ok. Plus, you have to consider that people literally eat deep fried butter and are still fine. A little coconut oil isn’t going to do any worse than that. 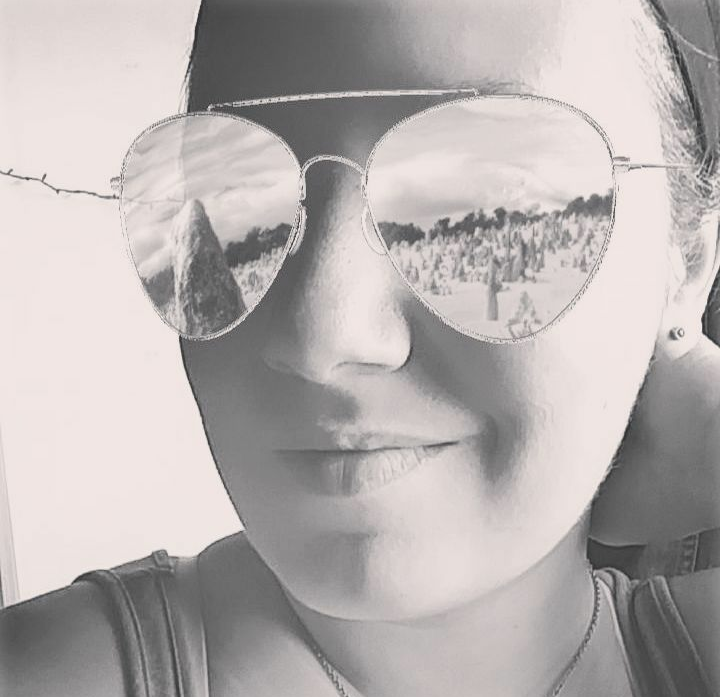 Danie is a non-binary queer yogi. They run a start-up for conscious and accessible self-care called Of Earth and Salt. When not running their business or posting up on their instagram (@asshole.yogi) they are usually hanging out with everyone's pets and reading a good book or five. They've been practicing yoga for almost 10 years and hope for at least another 10.