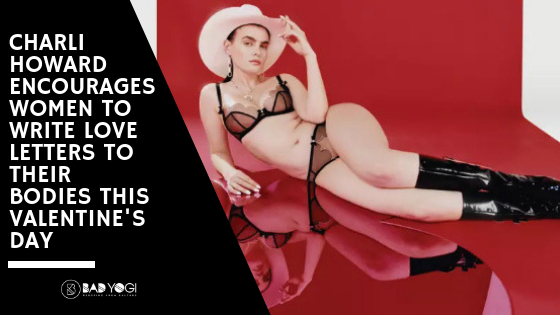 Valentine’s Day is always surrounded by a lot of romantic buzz, but there are almost just as many single people out there as there are people with partners. Therefore it might be safe to say that giving yourself some love on Valentine’s Day, regardless of whether you’re single or not, is a bright idea.

Charli Howard has a great idea

Plus-size model Charli Howard has the same idea. Independent reported that she wrote a love letter to herself ahead of Valentine’s Day and is encouraging other women to do the same. 27-year-old Howard, who is famous for leaving her model agency because she was fed up with having to be “small enough” to fit into clothes for shoots (she was a UK size 6-8 and still deemed “too big”), says that women should celebrate the things that make them unique. 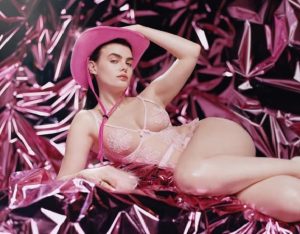 Charli Howard is all about loving your body exactly as it is.
Image: Agent Provocateur

Write a love letter to your body

Howard wrote the letter to her body as part of a campaign for Agent Provocateur, the lingerie label she is currently working for. In the letter, she apologizes to her body for all the shameful things she’s said and thought of it before. The letter addresses what most women can identify with – not being thin enough, having too many imperfections, and not fitting the mold of what society and the fashion industry deems as “beautiful”. Howard is dismissing all these things as unimportant and telling her body that it is beautiful just the way it is, and that she is sorry that she hadn’t seen it before.

“I based my value on what other people thought of me or saw in me, seeking their approval before I sought my own. My curves were shameful; my stretch marks hideous. My hair should’ve been different; my clothes a size smaller. I was never satisfied with what you gave me, even when you tried telling me I was enough,” she wrote. Sound familiar? So many women out there are blinded by what the media and fashion industry tries to sell them, but there is no such thing as perfection, and Howard’s letter proves it once again.

Even models have stomach rolls

When Howard landed the job at Agent Provocateur, she was delighted. She hopes that her casting will prove to other women that you can be any size and still be a model if that’s what you want to do. She also hopes that it will change people’s perception of what a woman’s body should look like, adding that if she had seen models with stomach rolls when she was a teenager, she would’ve felt less bad about herself.

“This is a promise – a promise to love you, flaws and all” Charli Howard. Let’s lay it all bare and start a real conversation on #SelfLove https://t.co/sH8gJ88e6Z #AgentProvocateur #LoveLetterToMyself pic.twitter.com/1mxAmr0WJb

Once we start thinking of our bodies as something to be loved and respected regardless of what it looks like, the picture starts to change. Reading Howard’s letter makes one realize how awful we can be to our bodies at times. The moment you start writing a letter to it that makes it an entity – a person, the picture starts to change. Ask yourself, would you say to another person what you are saying to your body? Most probably not, right?

Promise your body that you’ll love it no matter what

Howard concluded her letter by making a promise to her body to love it no matter what. She added that while her hips may not be the smallest and her skin not the smoothest, she will continue to give her body all the love it deserves. And when we really think about it, what does the “smoothest skin” really look like? What the hell does the “smallest hips” look like? Is there even something like that? What are we comparing it to? Pictures in magazines? Because those are photoshopped nine out of ten times, no one really looks like that. 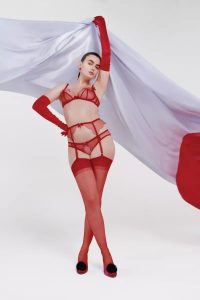 Howard believes that we should embrace our bodies’ imperfections.
Image: Agent Provocateur

Your body deserves to be loved and celebrated

Howard posted her initiative on Instagram, encouraging women all around the world to love themselves this Valentine’s Day and to celebrate their bodies by wearing some lingerie that makes them feel empowered and sexy. 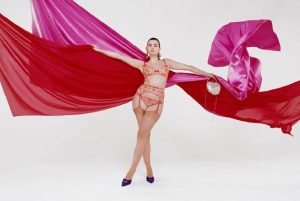 Howard wants women to put on their best lingerie and feel good in it this Valentine’s Day.
Image: Agent Provocateur

If you’ve been struggling with self-love, know that there’s no shame in it. Howard’s letter not only encourages us to love ourselves, but also lets us know that it’s okay to struggle with self-acceptance when it comes to our bodies and that there’s no shame in admitting it or talking about it. And that’s why you should go write that letter right now – it’s probably going to change your outlook entirely. Here’s to a happy, self-loving, and body positive Valentine’s Day.