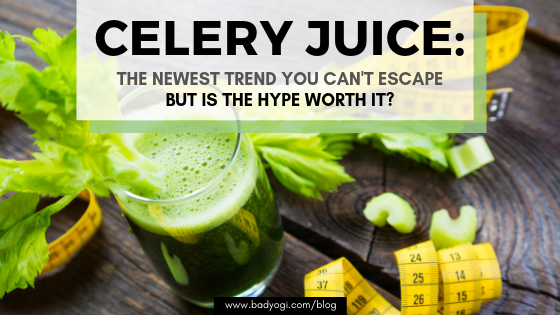 Celery Juice: The Newest Trend You Can’t Escape, But Is It Worth The Hype?

Celery juice is EVERYWHERE lately. Kim Kardashian, Gwenyth Paltrow (duh), and every health and wellness influencer you follow on Instagram is currently obsessed with this stuff. I’ll be honest, I roll my eyes anytime a trend explodes in popularity as if it’s going to be the cure for all our problems. Kale had a similar halo around it when it became popular, too. It was only a matter of time before we learned that literally ALL leafy greens are incredibly good for us, and one isn’t particularly superior over any others.

With all the hype around celery juice, I had to see if there was going to be any staying power to this trend, or if it was just that: a trend. 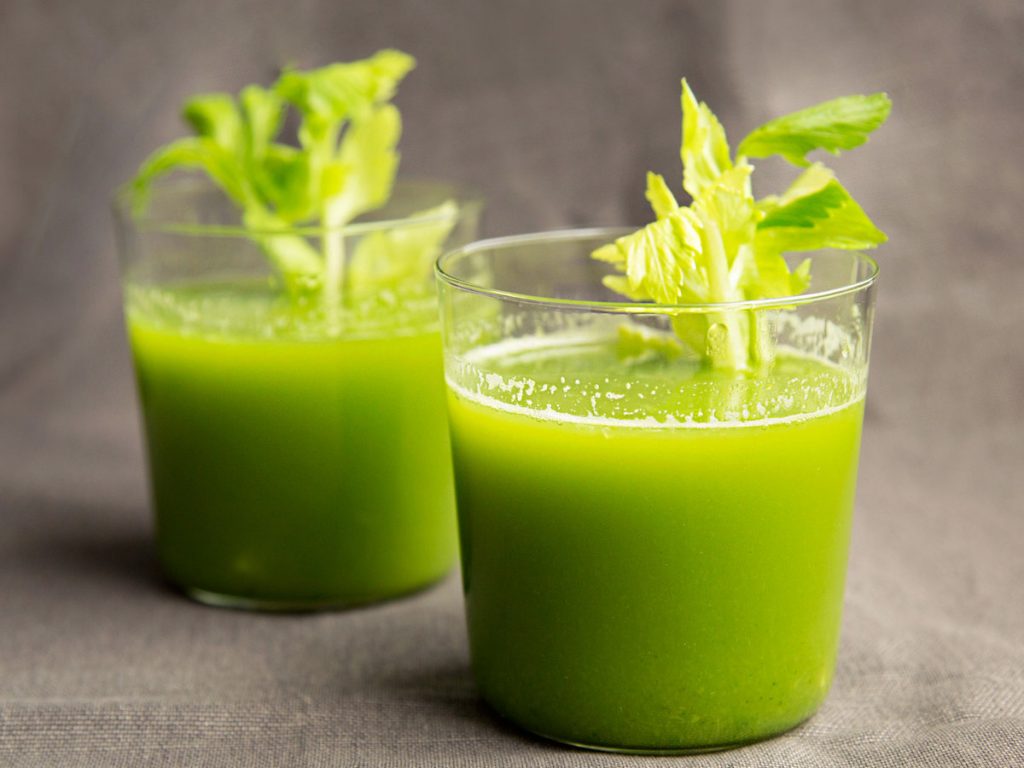 Here’s what I found out in my (sort of) deep dive into this trend (Note: these benefits are not based on my opinion. These are from different sources which I’ve noted below.):

1. People say drinking is better than eating, in this case.
When you juice celery you’re able to consume WAY more celery than you could when eating it. And supposedly, there’s a type of salt called “cluster salts” that bind well to toxins and help them flush out the liver. (source: https://goop.com/wellness/health/the-medical-medium-on-the-virtues-of-celery-juice/)

2. It may slow the growth of certain cancers.
There’s a chemical called luteolin in celery which, in lab studies on animals, showed significant reductions in the growth of breast and prostate cancers. This is one of those things though that can’t be directly translated to humans, but it IS promising. (source: https://www.ncbi.nlm.nih.gov/pubmed/27378243)

3. It promotes gut health.
Celery juice has a natural laxative effect and is extremely good at alkalizing the gut, according to Anthony Williams (The Medical Medium). When the body is more alkaline, it’s not an environment in which disease can thrive. When your gut is healthy and balanced, your body is happy. Celery juice is also said to restore hydrochloric acid levels in the stomach which allows for better breakdowns of food so they don’t rot. (source: http://www.medicalmedium.com/blog/12-reasons-to-drink-celery-juice)

4. It can help fight infection.
Celery juice is said to enhance the body’s immune system. I’m inserting my own voice here because it seemed there was some conflicting information. Some sources said celery JUICE enhanced the immune system, and others said it had to he the celery SEED. Either way, I saw most often that celery seeds have antibacterial properties that may inhibit the growth of bacteria. (source: https://askdrnandi.com/10-health-benefits-celery/) 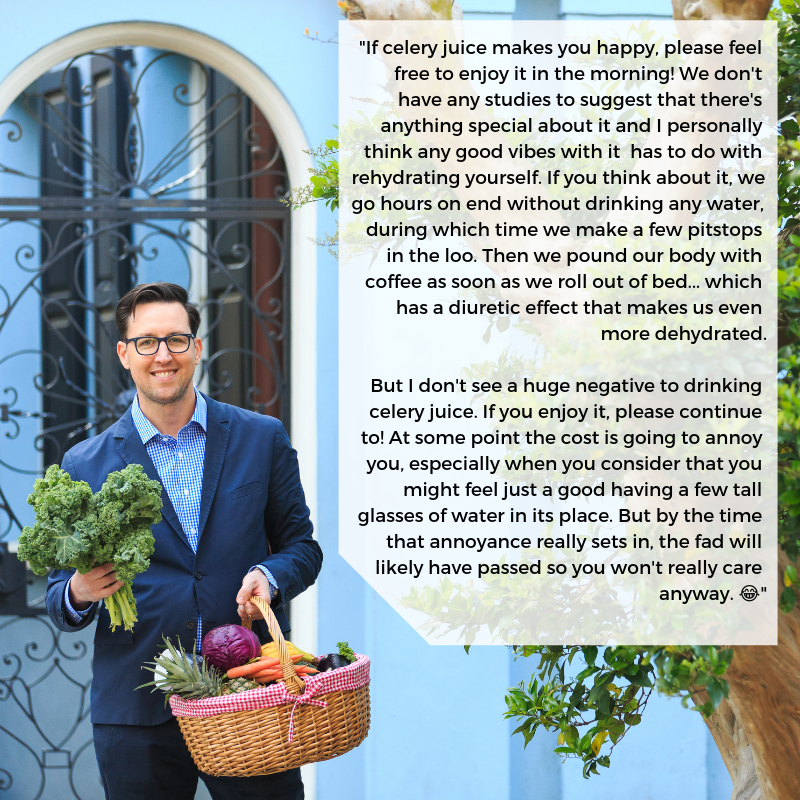 Allison from our team actually TRIED IT:

“If I had to give a review on my experience in an emoji, it would be 😑. Simply because that is how I felt after juicing an ENTIRE BAG of organic celery to create 16 oz of celery juice.

What did it taste like?
I know this is going to blow your mind, but it literally tasted like celery… in green water form. It wasn’t bad, it may be a bit of an acquired taste, but I’ve been known to juice in the past so celery juice is not an unfamiliar taste to me. Celery juice on its own, though… 😑

What else should I know?
Honestly, that’s it. It really wasn’t life changing for me. I kind of felt like I was wasting my time, and a perfectly good bag of celery that was just begging to be a vehicle for peanut butter. Being the nerd that I am, I did my research on the benefits of celery juice, according to those who swear by it. It just didn’t have me convinced that the trouble of juicing an entire bag of celery, and then having to clean up my juicer, was worth it. It’s not even a meal. Just… super expensive celery flavored water.”

Our Conclusion:
It seems there’s no harm in incorporating this into your morning routine. After all, we could all use an extra dose of vegetables, and if this sounds good to you, go for it! But if you’re NOT doing this, as long as you’re eating a variety of other vegetables, you’re probably getting all the nutrients your body needs. I personally feel strongly that juicing and removing the fibrous content from our produce does our bodies such a disservice! Eat less of the stuff and take advantage of ALL a veggie or fruit has to offer by eating it in its natural form. There’s no single magic bullet that will reverse unhealthy eating habits or lack of regular exercise. So drink your celery juice if you feel called to, but I wouldn’t count on it to be the answer to all your prayers.

Over to you! I’d LOVE to hear your thoughts on this! Have you tried it? What do you think about the celery juice trend? Is it here to stay or is it another flash in the pan?