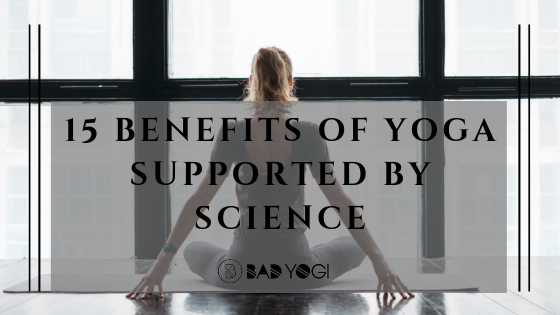 15 Benefits of Yoga Supported by Science 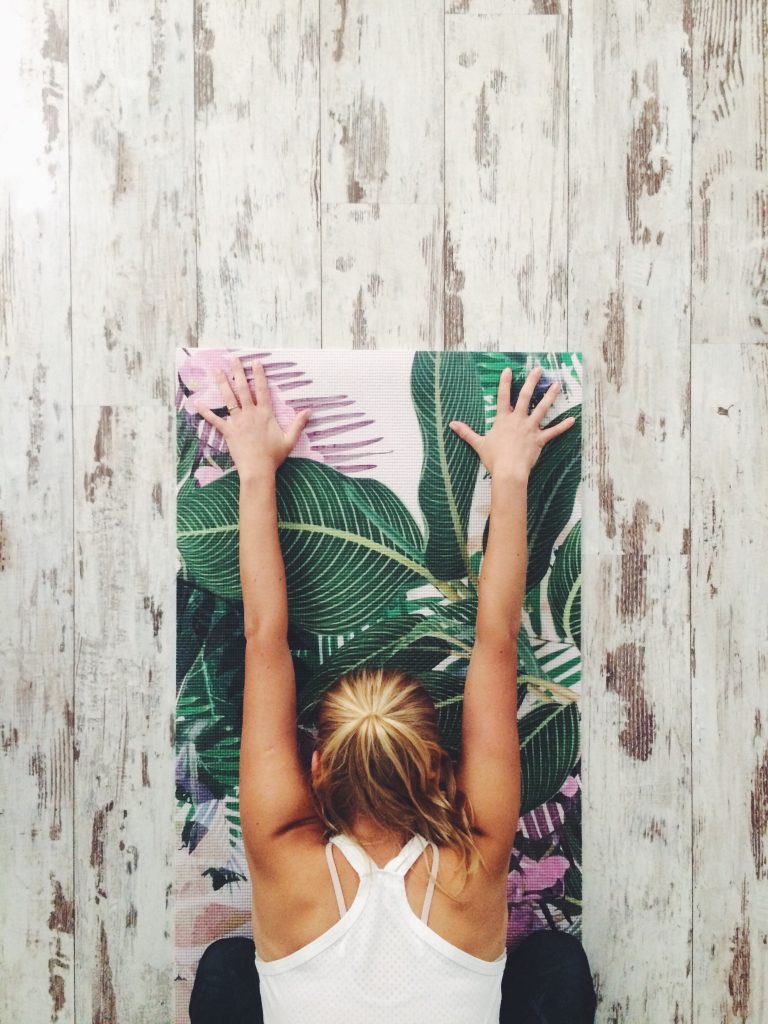 “Is Yoga a myth or a Fact?”, “Can Yoga treat Depression?” These questions pop in your mind as and when you are asked to incorporate a little bit of this art in your life. Every practice, exercise or even a diet has its own benefit but we ruin everything by drawing a comparison. Following the same cult and beliefs, the art of Yoga lost its sheen years ago. The blessings of the old era were buried under the weight of modern medicines and technologically upgraded ways to live life. However, these forgotten gifts are slowly coming back to life and what is more fortunate is that Science is stepping up to give them a hand. The gradual increase in the popularity of Yoga is no less than a Phoenix, who rises from the ashes of despair.

You would be surprised to know that Yoga and its benefits have been approved by some of the trusted Research organizations and Universities in the world. Are you interested in knowing how that Wheel Pose, you aim to do, is backed up the researches? 15 scientifically-proven benefits of Yoga that the whole world swears by:

Human bone structure wears out with time. Your stature experiences fragility, pain, loss of cartilage, declining fluid levels in joints, and a number of age-related issues. A brief report published on Harvard states that Yoga can improve your bone health, relives Arthritis pain and addresses back pain. A meta-analysis involving 10 random trails revealed that certain Yoga poses pacify chronic lower back pain. Following this noteworthy research, in 2007, the American Society of Pain guidelines asked the physicians to recommend yoga to patients who were suffering from dated back issues. There have been many studies in the recent times that have proved the efficacy of Yoga in cases pertinent to debility issues, Arthritis, back problems, and general body ache.

1 in every 5 women is expected to have Osteoarthritis at some point in their lives. The condition causes debility problems, throbbing pain in back and knees, and in the last stages often leads of motor issues. A study conducted in the year 2014 on about 36 women with knee osteoarthritis threw light on the fact that daily 30 minutes of Yoga session alleviated their knee pain and reduced the symptoms of morning stiffness and declining motor abilities. After a period of 8 weeks, more than 30% of the women reported to experience improved health, less pain, and a surge in their energy levels. Old age brings in a lot of concerns and majorly related to bones, and Yoga could be a savior for the sufferers. Isn’t this a good chance to flex those muscles and do some Yogic moves?

3. Adds Energy to a Sedentary Life 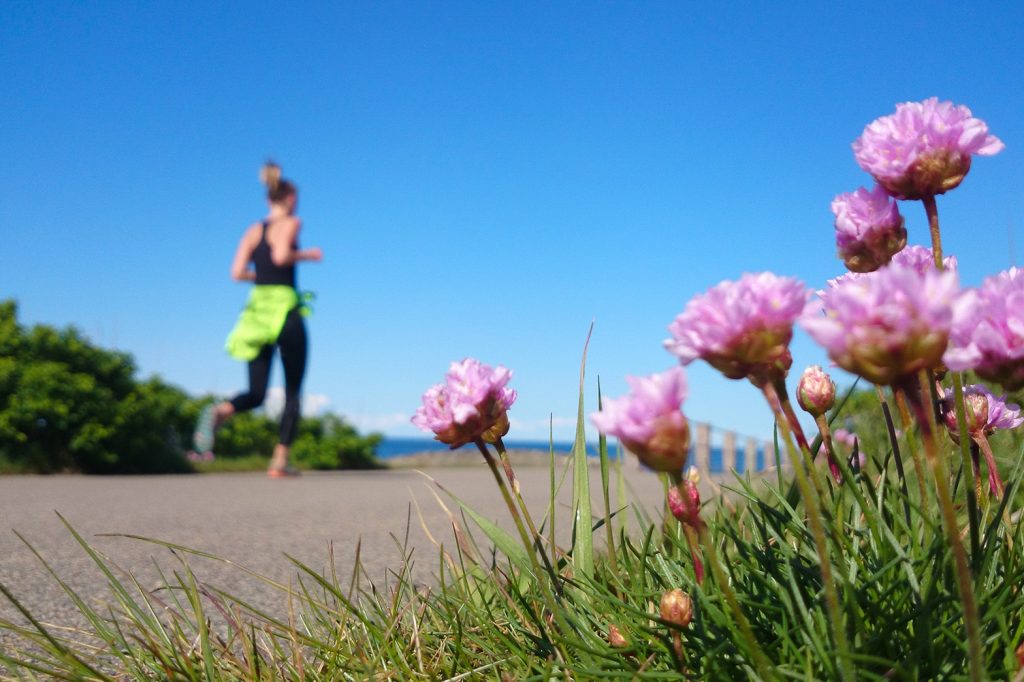 60% of the modern life is synonymous to the sedentary lifestyle that we all are dwelling in, for better or worse. A study, further sponsored by the Northumbria University, found that old individuals (>60) who had problems like functional limitations and mental health problems, received a lot of benefits from Yoga and a well-planned workout routine. Incepted in the year 2009, the British Wheel of Yoga (BWY) proposed Gentle Years Yoga program, developed in North Yorkshire, England, which catered to the needs of older people. The HATHA YOGA sessions under this program helped elderly people with their age-related conditions, such as osteoarthritis, hypertension, dementia, and sensory impairment.

This was a very specific study that has concentrated results pertaining to the behavioral patterns conducted by children. According to this uncontrolled pilot study, a 10 week Yoga classroom session was planned to assess the current salivary cortisol responses of the children and post-recording the data, these kids were put under the exercise program. After the timeline was over, a majority of students showed a decrease in baseline cortisol from before to after the sessions. The Yoga sessions improved students’ behavior and their ability to handle peer pressure. There was a surge in their performance rate, albeit a little and a noticeable stress management patterns

5. Reduction in Substance Use

Drug addiction and the consequent increase in the crime rate is a topic of the century. Rehabilitation centers, NGOs, and vigilant Police staff are constantly working their way to curb the issues but the major point here is that addictions is a result of impaired thinking capabilities and depression. So, what is the contribution of Yoga here? The key development stage of an individual is the adolescence and it is also a stage to teach bad effects of substance use. Some of the prominent researches suggest that Yoga may highlight several substance use risk factors, and also come up as a promising intervention for prohibiting adolescent substance use. The findings revealed that a daily Yoga session helped individuals, mostly females, to control their urges towards cigarettes, alcohol, and substance use.

Irregular menstrual cycle is a result of hormonal imbalances, stress and many other damaging underlying issues, such as PCOS. Medical supervision and the much-needed lifestyle change can potentially alleviate the problems and yield greater results. Yoga is a proven way to stabilize over-secretion of hormones, bring stress level down, and finally get your menstrual cycle on track. Conditions like Poly-cystic Ovary Syndrome, which is a result of over-secretion of Androgens, causes excess body hair, irregular menses, pelvic pain, and acne, pushes the body to go through a lot of problems. Regular Yoga sessions improve the condition by managing Androgen levels. 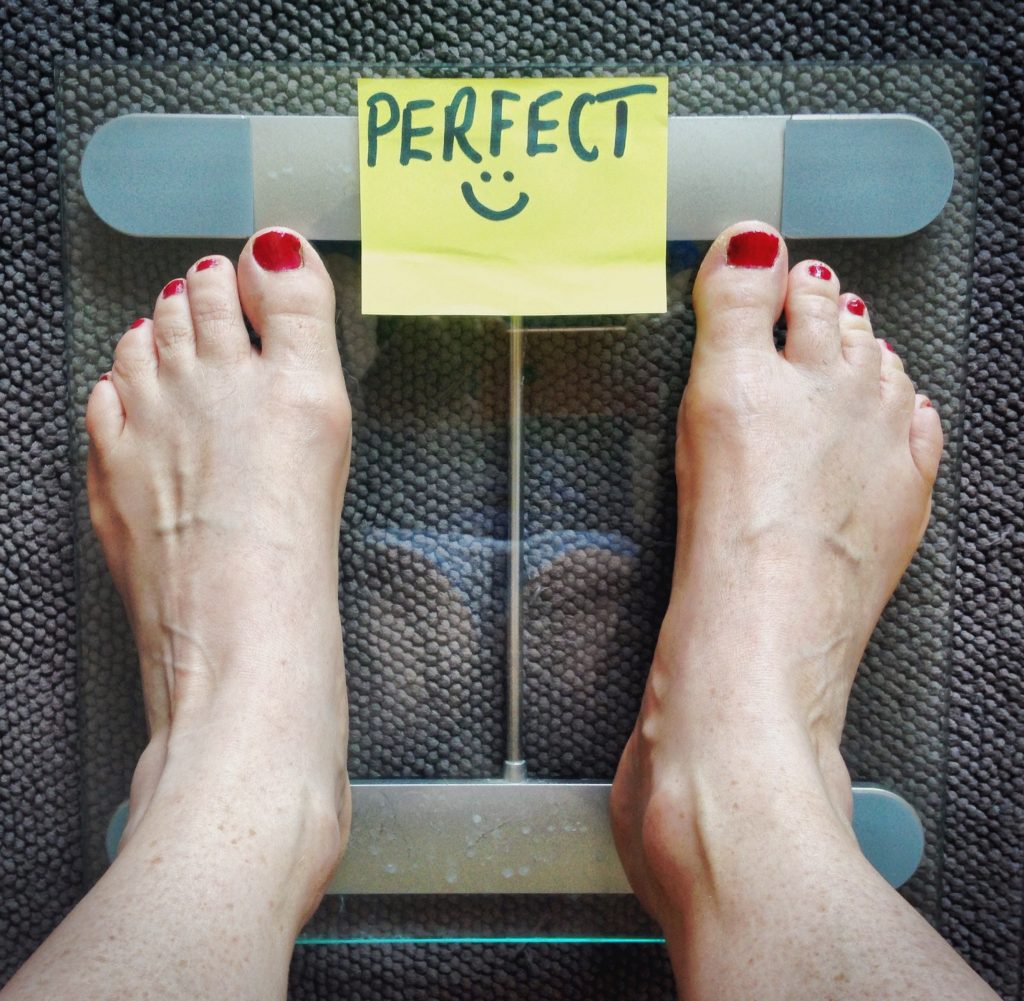 Paying a lot of attention on your body image deflects you from reaching the fitness goals, and spoils the entire purpose of the regime. Yoga promotes inner awareness and makes you realize that body image is not just about a good stature but also about a calm mind. As per the targeted surveys further powered by Harvard Health, proves that practicing Yoga everyday boosts overall well-being, encourages inner body awareness, and weight loss at a steep pace. Individuals with issues like obesity, cardiovascular problems, and cholesterol can receive a lot of benefits from Yoga and meditation. The purpose is to appreciate your body, its steady growth and not being overly critical about it in any way.

Intuitive Eating or Mindful Eating is a great way to control binge eating disorder emotional eating problems, and weight gain or loss. Intuitive approach talks about moderate eating, appreciating all categories of food, and not blindly following any diet cult. Individuals with eating disorder suffer from conditions like Bulimia, Obesity, and depression, to list a few. Researches prove that practicing Yoga and adding 15 minutes of meditation helps in controlling the uncalled urges, reduces stress levels, and control weight. You shall appreciate the food, include local produce, and maintain a good health.

Researchers from Boston University, Harvard School of Medicine, and Massachusetts General Hospital along with other authors came up with a set of results that focuses on Depression. The combined study proved that practicing Iyengar Yoga helps with individuals suffering from Major Depressive Disorder [Learn more about this disorder] and a regime including Yoga and anti-depressants catalyzed the healing process. A 12-week Yoga intervention coupled with breathing exercises resulted in a decline in depression symptoms, and surprising clinical improvements. Individuals who underwent the successful Yoga program were in the age group of 18-64 years old, which is when Depression attacks and stress related issues are at their extreme.

10. Treats Disability in Males and Females

One of the prevailing diseases of the 21st century is the Chronic Obstructive Pulmonary Disease (COPD), which further puts the individual at a higher risk of Depression, stress, and emotional instability. A modern life has given you many things and every single luxury comes with stress and depression as the extra toppings. Everything, from obesity to skin health, is somewhere connected to inner health and degree of stress in your life. A brief controlled trial study conducted on both male and female, falling in the age group of 30-60 years, revealed that Yoga techniques promotes relaxation, psycho-emotional stability and exercise tolerance. It is also proved that Yoga breathing techniques coupled with medicines, improves diffusion capacity as well. 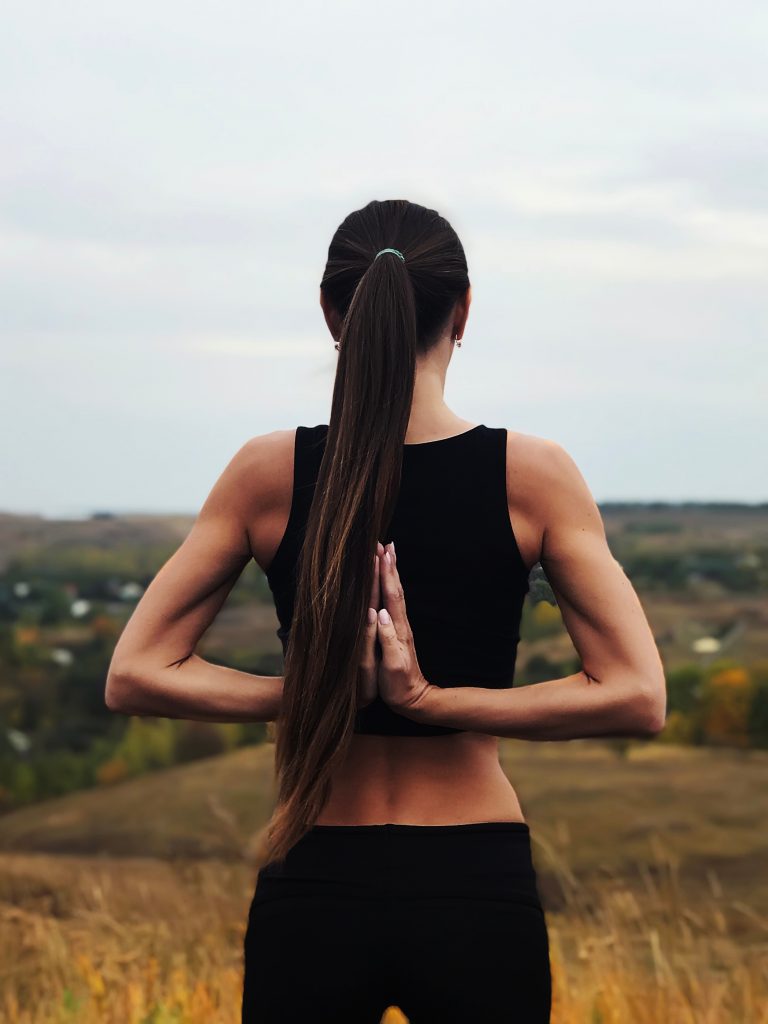 Wrong eating habits and poor nutrition are some of the major causes behind damaged skin and hair. Well, Yoga will not help you add vitamins in your platter but can surely help you eat mindfully and let the nutrients flow freely in the body. Certain Yoga poses that involves back bends and inverted poses like head stands, encourages a uniform blood flow throughout the body because of which your face and the skull area manages to receive the required amount of blood, and hence the nutrition mixed with it. Regular practice of Yoga can help with breakouts, add luster to your skin and improve hair health.

According to a study published on the US National Library of Medicine, a group of individuals with minor to major respiratory issues like Asthma were asked to follow a Yoga regimen for about 2 months. There were clinical tests done and their physical abilities were tested before the initiation of the program to rule out any future possibility of injury. After a period of 2 months, it was noticed that a Yoga regime done 45 minutes daily, improved their respiratory problems by great percentage, cleared their nasal passages and their physical restriction due to Asthma saw positive changes.

Individuals suffering from coronary artery disease (CAD), congestive heart failure, or left ventricular dysfunction often report of impaired lung functions. A research asked for 80 individuals below 65 years of age for testing the efficacy of Yoga on the given conditions. The study had a regime that involved Yoga poses and breathing exercises to be performed everyday for about 3 months. The inference concluded showed a tremendous push to the slow and forced vital capacity, peak expiratory flow rate, and maximum voluntary ventilation. The patients showed an improved cardiovascular health and diffusion capacity that was initially quite low in patients with lung issues. 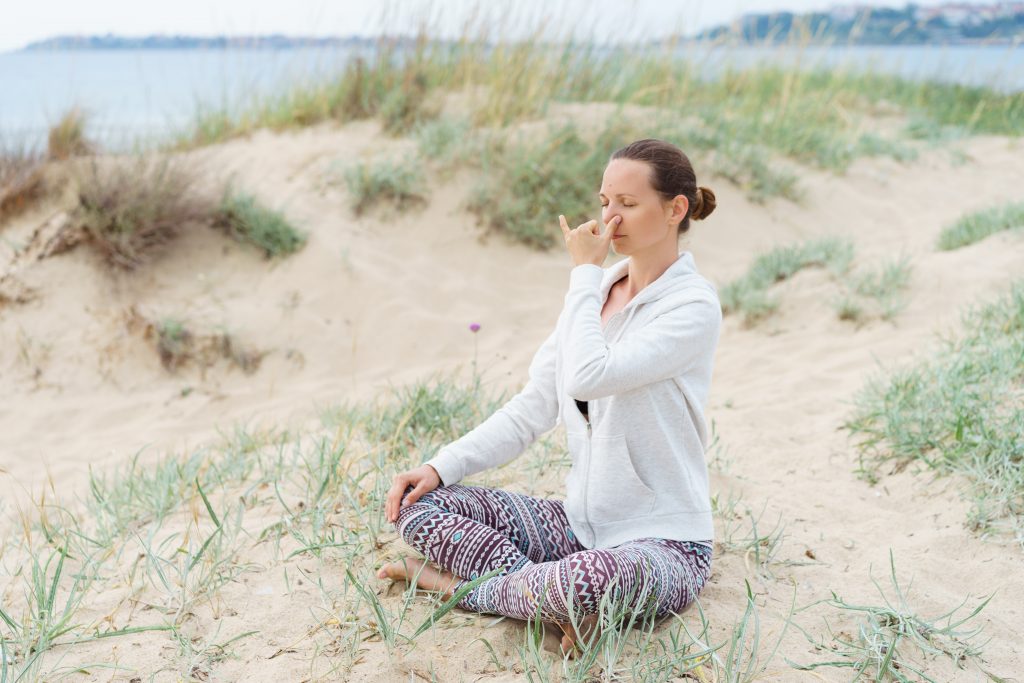 A disease is often a sign of trapped energy points within your body and sadly, medicines cannot help much in the situation. Pranayama comes for the rescue. An in-depth study on Pranayama stated that synchronized breathing exercises under the guidance of a Yoga instructor performed for about 2 months, improved chest muscle stature. Post Yogic interventions, the patients reported of improved pulmonary functions, and transfer factor pertinent to the lung for carbon monoxide. The chest muscles were relaxed, energy levels were optimal, and the body felt calm.

This is probably one of the most talked about researches that unraveled the efficacy of Yoga in the field of alternative treatments. The study talked about increased instances of pre-mature ageing, fibromyalgia, and Alzheimer’s disease. After a deep study, it was stated that in combination with prescription medicines, Yoga and breathing exercises can help patients with mental and physical concerns like anxiety, forgetfulness, and serious cases of memory loss. Certain poses and meditation encouraged steady blood flow and a proper distribution of oxygen throughout the body, hence improving many of these lifestyle related conditions.

These concentrated studies have highlighted the significance of Yoga and breathing techniques in controlling symptoms related to several diseases. It is probably the right time for you to inculcate the art in your daily lives. 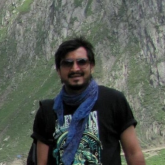 Om Singh is blogging at Retreat Kula, a website that offers yoga retreats and yoga teacher training for yogis around the world. He is always on the lookout for interesting places to visit. It took him 25 years of his life to realize where his true calling lies, but once that was done, there’s been no looking back. Since the last ten years that he is on the go, He is sharing his travel experiences by writing about them. Website - https://www.retreatkula.com/