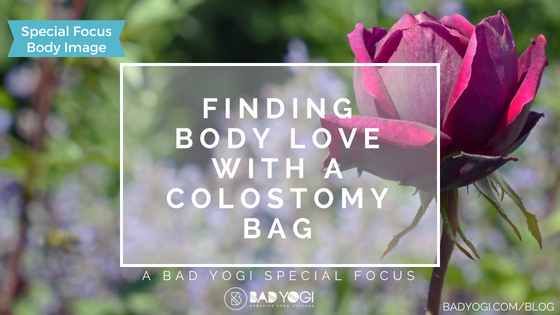 My name is Ashley, and I am one badass…. with a colostomy bag.

Growing up, I was your average, beauty-obsessed teenager. That is, until the age of 16 when I was diagnosed with Ulcerative Colitis. Ulcerative Colitis is a disease, without any known cure, that causes long-lasting inflammation and sores in the digestive tract, affecting the innermost lining of your large intestine (colon) and rectum.

Luckily, treatment can greatly reduce signs and symptoms and even bring about long-term remission.

For five years, until I was 21, I spent life being sick, trying different medications as a form of treatment and underwent more testing than I thought imaginable. I missed out on your average teenage experience, lost many friends, and even lost a job at one point. At the age of 20, I was told that I was pre-cancerous, and that was it. Enough was enough. I was done being poked and prodded, and even more so, I was tired of being sick all day every day. I wanted to take control of my life, my disease.

At first, I was nervous to go through with the necessary surgery of removing my colon and having what is called an ‘ileostomy’ for the rest of my life. I waited years from my initial surgery date before I decided against having a reconnection, known as a ‘J-pouch,’ making my condition permanent and leaving me with “Rosebud,” the name of my ostomy I’d be left with for the rest of my life. I chose the name Rosebud, as that’s what my ostomy originally reminded me of.

I had always had issues with my body, even before I fell sick, and far before I knew I’d be facing such a life-changing surgery. I wanted the ‘perfect’ body. I considered this a massive flaw, but knew that I would have to change my mindset towards it if I wanted to have any chance at living a long, healthy life.

Despite my worries, I went through with the surgery and bounced back fairly quickly. Almost immediately, I could feel and see the difference in my health. I wasn’t as pale, I wasn’t as tired, and I wasn’t as thin.

Some time after my surgery, when I was feeling well enough to get back to the level of activity I was comfortable with, I began Buti yoga. Buti yoga is a form of vinyasa-style yoga mixed with plyometrics, tribal dance and cardio. There is a large focus on body and self love in Buti yoga, and women are even encouraged (but not required by any means) to workout in a sports bra and stand in front of a mirror to see more of that beautiful body that we have all been blessed with.

I’ve always been interested in staying active, and yoga seemed to be an easy choice compared to what I was used to, but after starting Buti yoga at home, I realized that Buti yoga was so much more. Buti focuses on more than exercising, but also proper alignment in asana.

As frustrating as some poses can be, despite my ostomy, with practice I have succeeded in just about every pose I have tried. I currently practice at home due to my schedule, but I imagine that if I ever did a class out in public- such as the ones my husbands cousin teaches locally- I would still continue to do so in a sports bra just like everyone else. I’m not ashamed of the body I have, and I would hope that it wouldnt make anyone else uncomfortable, either. I understand that not everyone in my condition would see themselves doing so, but they also make ostomy coverings to go over the bag- especially if you use transport ones, I use opaque- and one called a stealth belt as well that seems to hold your bag in place more . 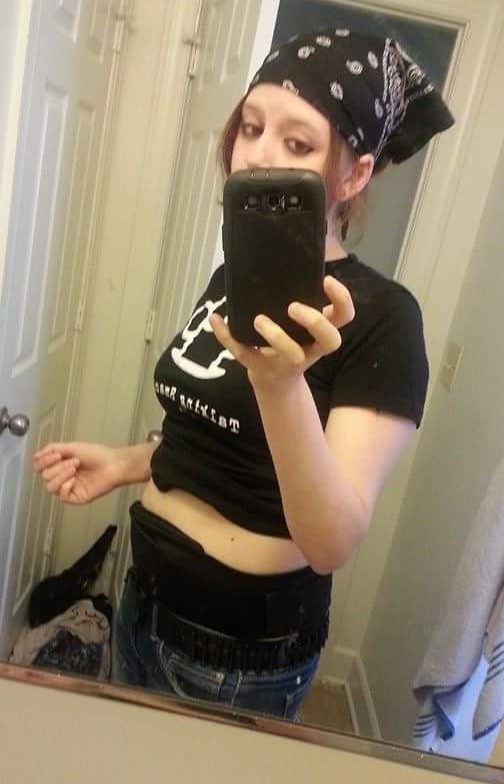 With time, and through my buti yoga practice, I realized that my body wasn’t the enemy anymore, and that my health was top priority. Also up there on the priority list? I knew I needed to focus on loving myself. Every square inch. My ostomy. My bag. All of it.

Life isn’t about being “thin” anymore, to me. I’ve been there, and after being thin from being so sick, thin was not a concern of mine at all.

While I appreciate people with genuine interest in my colostomy bag, there are a number of misconceptions, including: 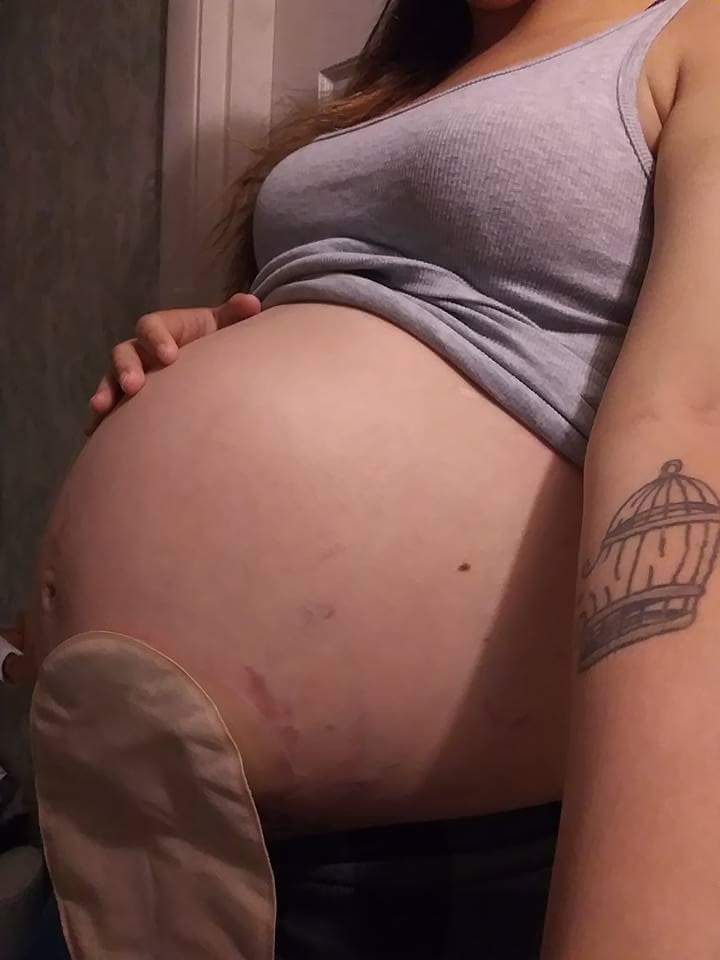 Pregnant with my ostomy. Many people question if ostomates can carry healthily.

I’ve received considerable praise over how I’ve embraced having my colostomy- from my doctors, friends and even complete strangers online and it feels amazing. I’ve never had an issue with having one, but know that I’m not “the norm” and many people with colostomy bags can face considerable body image insecurities.

When I think about it, choosing to put my health first, and get an ostomy (good ole’ Rosebud) was the best decision that I’ve made because I’m no longer being held back by my illness. I can go places without having to worry about getting sick. I don’t have to prepare in advance just in case I do go out, and during that time, do get sick. I’m not stuck sitting at home. I have a job, I’m in school, and I can go out and work on my photography, too.

My main goal, now that i have ‘Rosebud’, is to educate others on the chronic conditions that can lead to the possibility of an ostomy bag, debunk any myths surrounding them, and to be an advocate to those who are new to having one.

My name is Ashley and I'm your typical bad yogi, residing in Pittsburgh, PA and living my best life with a colostomy bag. A student and photographer, in my spare time I like to walk around my much abandoned hometown & photograph the city. I always try to make the simplest of things seem pretty in my photos; even if its of a trash can.