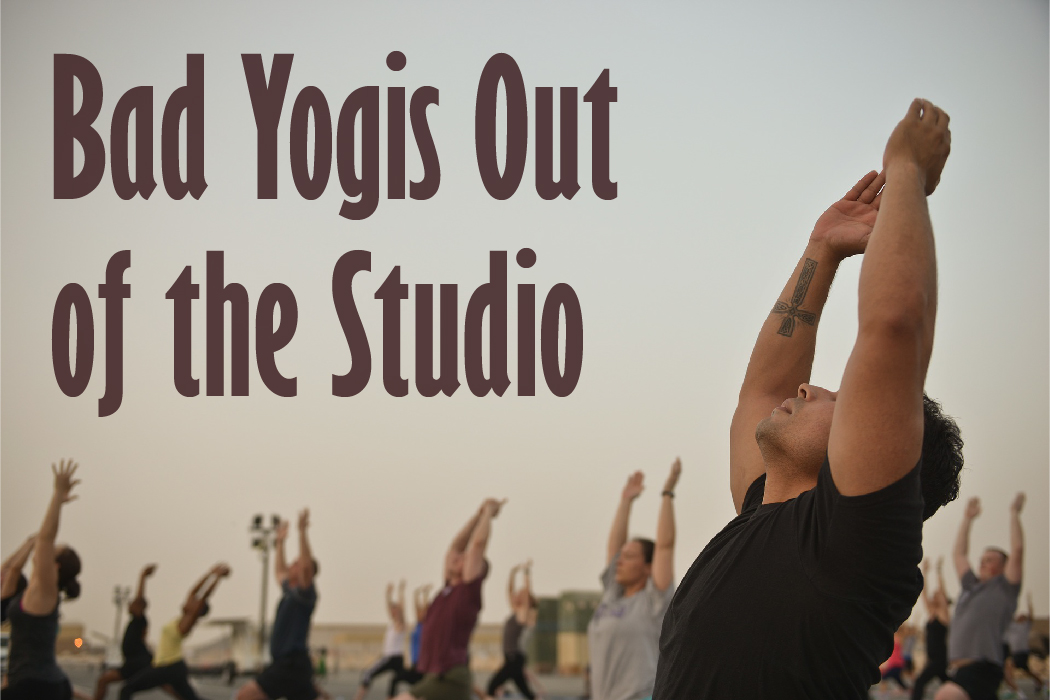 Bad Yogis Out of the Studio

I ran into an old friend recently, and the conversation turned to what we had been up to in the time since we had seen each other last. When the words,

“You’re still teaching at the YMCA?” crept out of his mouth. I smiled and nodded as if I didn’t notice his condescending tone.

I started teaching at the YMCA, a nonprofit organization strengthening communities through youth development, healthy living, and social responsibility programs, in 2011 after completing my first 200-hour teacher training. I was lucky enough to have a friend-of-a-friend refer me to a branch location 45 minutes from where I was currently living at 8:00 on Monday mornings. I couldn’t have been more ecstatic. Flash forward to four years later, and, although I had moved on the the “cool, hip, downtown” YMCA branch, I was, as my friend so elegantly put it, “still teaching at the YMCA.” In a city with over 50 yoga studios and about 100 times as many teachers, it was fair for my friend to have assumed I would “move on” from the YMCA at some point and start teaching at a “real” yoga studio. I can’t blame him. I felt the same way for a long time.

I wouldn’t go as far as to say I was ashamed to teach somewhere that wasn’t a typical yoga studio, but there was definitely a part of me that wished that I taught somewhere cooler; that my dharma of fame and fortune would have grown exponentially had I been exposed to more students paying upwards of $20 per class to sweat all over the mat of the Lulu-clad yogi next to them.

Don’t get me wrong – I LOVE yoga studios. I love the community that they create, I love the way that they smell and I very often love the owners and the teachers who show up every day to hold space and spread their light. I’ve taught at studios in the past, I teach at studios now, and to be honest, I hope to open a studio myself one day.

I loved teaching yoga at the YMCA. Over the four years that I taught there I learned more about myself as a person and as a teacher than I think I could have learned anywhere else. I believe I learned more about every kind of person and type of body out there than I would have had I only been exposed to the studio-bound yogi. I made contacts and friends that I miss dearly now that I have moved on (to a new city, not the YMCA). Aside from the few studios that I have or currently teach at, I also have had the highest honor of teaching yoga everywhere from gyms and CrossFit boxes to Federal Courthouse buildings. Many of us truly believe that yoga is for everyone, but then why do we  hide in our cozy studios and wait for them to come to us??

The classes that we teach and attend at community centers, gyms, libraries, home studios, or wherever else we practice, are just as authentic, real and valuable as classes that we take at yoga studios outfitted with bamboo floors and seemingly infinite heating and cooling budgets. I’m proud of all of the places that I’ve taught yoga, and all of the places that I’ve practiced yoga.

I’m so grateful that there are studios, community centers, gyms, libraries, churches, and temples that open their doors to the curious heart who longs to learn more about themselves and others. I don’t think that these types of places are just for beginners (students OR teachers). I wholeheartedly believe that they deserve to be grown and nurtured and continued in order to create as many diverse yoga communities as there are yoga practitioners to fill them.

I hope that you’ll share with me about your yoga home. What do you love about it? How do you hope to grow and sustain it? Where’s the craziest place you’ve ever taught or attended a yoga class?

I can’t wait to hear from you about the community you’re building in your area. Maybe I’ll get to come visit someday! 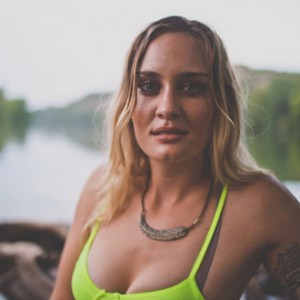 Sean D. Watson, e-RYT 500, strives to offer a safe and judgement-free environment for yoga practitioners of every level to seek a higher understanding of themselves and others. Wannabe chef, wannabe runner, lover of adventure, cheese, wine and coffee; mama of fur babies, Doozer & Mojo.