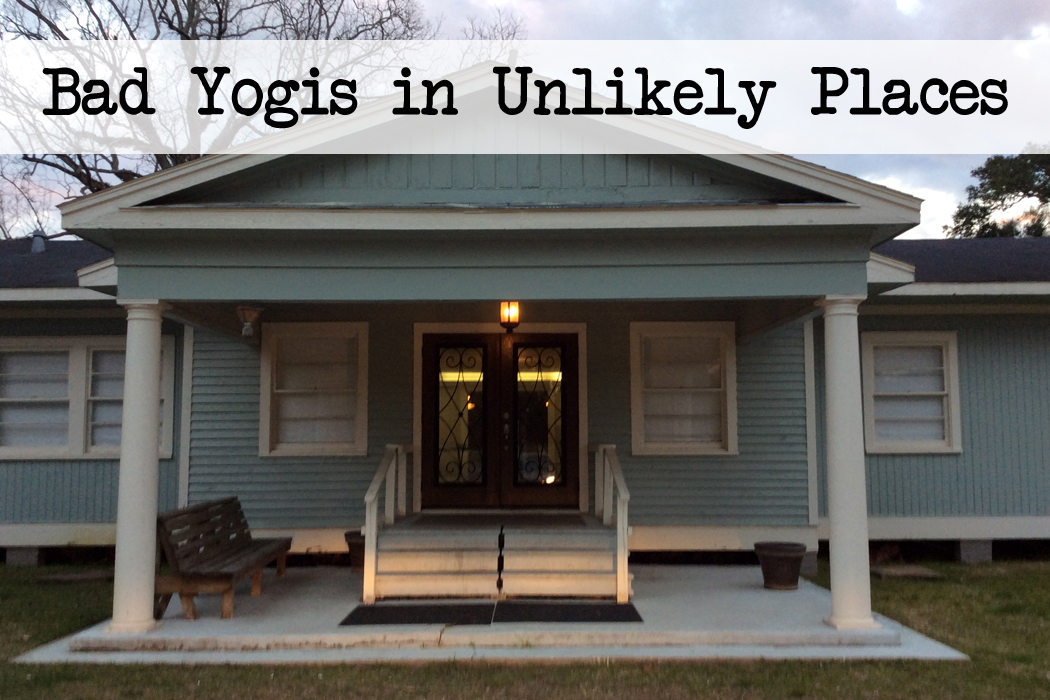 I’m packing my car trunk with bolsters, flameless candles, extra mats, straps, blocks, iPad, collection basket and notebook… getting things together to make the 50-minute car trip (47, if I’m lucky) to the charming, rural town of Lake Arthur, Louisiana. Population: 2,700.  What had originally started out as a fun summer “experiment” ended up being a much-anticipated, weekly yoga class in what some might consider a most unlikely place.

Last July, a Lake Arthur friend of mine, knowing I taught yoga in another town, asked if I knew anyone who would come to her town to teach yoga.  A friend of hers had a Facebook post that basically asked, “Could we please get a REAL LIVE Yoga teacher in Lake Arthur… Not one on a video?”  Remembering my original personal mission of trying to make yoga more accessible and user-friendly, I immediately said, “I’ll do it… for a few weeks. Once September comes, I won’t be able to make that drive every week.” I love meeting new people, and I love challenges. So, introducing YIN YOGA to a completely new group of people (many of whom had never even been to a yoga class before) seemed to be a good fit. Because yoga in general can be a sort of mysterious and intimidating form of “exercise,” I thought only a few people would show up for the first class. I was certain we would have just a nice, small, cozy little Yin class. And I was perfectly fine with that. After all, it was only for a few weeks, right? Twenty-eight people of all shapes, sizes, ages, and abilities showed up for the first class.
TWENTY-EIGHT!

We squeezed twenty-eight bodies and yoga mats into the sweltering fellowship hall of the local Methodist Church. The only advertising we did was word of mouth and email (but in a small country town, word of mouth spreads like wild fire).  We were literally wall-to-wall yogis that first class, and I knew my work was cut out for me.

The energy in that yoga space was palpable.  If you gather a group of people from Louisiana in any room, there is always vigorous hugging, sharing, laughing, and lots of (very) loud talking going on.  That’s just the way we roll.  My Yin Yoga class was (and still is) void of your typical pre-class meditative atmosphere. But once we settled down to the actual practice, the curiosity and sincerity that my new yogis expressed was inspiring.  My new friends were fearless in their attempts at all postures, and they were more than accepting of what I had to offer.  I was so moved by their trust in me.  What they might have lacked in experience, they more than made up for in their enthusiasm.  By the end of that first class, I had fallen in love with Lake Arthur and these awesome new yogis.

Seven months later, every Tuesday without fail, my LA “Yinsters” start posting on their Facebook pages, excited about our upcoming class that night.  They text me wanting to know which mats and bolsters to buy, which home practice they need to be doing, what guided meditation would help them during their stressful week, the best clothes to wear to yoga, if they can bring a friend, and if they’re doing the pose “right” (of course they are).  They text to let me know if they cannot make class. Some have scheduled their vacations around our class.  They share when family members become ill. We sing Happy Birthday to each other in Tree Pose. Our class is not typical, and I love that. Over the last seven months, a strong bond between these yogis and myself has formed. We sincerely love our practice, and we have each other’s backs.

I usually arrive at our yoga space (the second one, now, because we outgrew the fellowship hall) about 30 minutes before class.  Some of my LA yogis are already waiting for me in their cars.  I hear yoga music coming from one yogi’s truck. One evening a few weeks into the classes, I asked if there were any questions.  One of the yogis asked, “When you say Namaste to us at the end of class, are we supposed to say it back to you?”  I answered, “If you choose to.”  From then on, the “Namaste”s offered back to me were robust and heartfelt.

I recently told my LA class that I thought they were all “Bad Yogis.”  They stared at me, uncharacteristically silent, wondering what I meant.  And then someone said, “You mean BAD as in BAD ASS, right?”  I said “Yes… BAD as in GOOD.”  There were big smiles all around—renewed confidence. The practice that night was great, and the “Namaste”s at the end of our practice were the loudest I had ever heard. 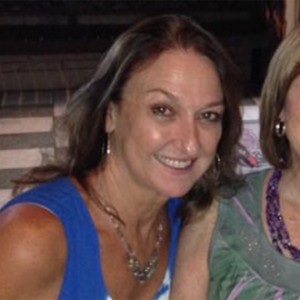 Lisa is a piano and yin yoga instructor in Lake Charles, Louisiana. When she's not teaching, you can catch her driving around town with her dog, Cayenne, in tote.