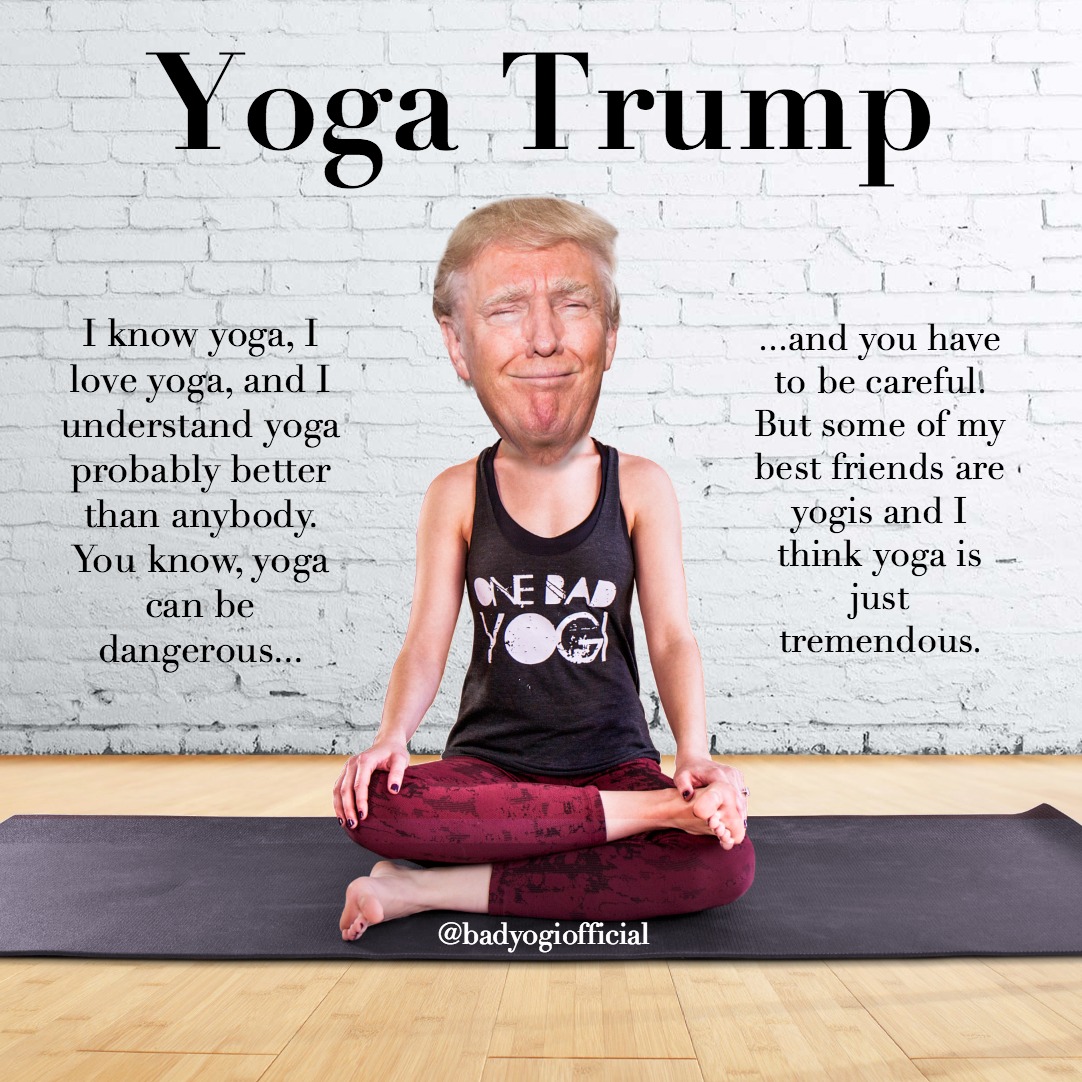 I’ll spare you the boring details of the story, but it’s basically this: I wanted to get proficient with Photoshop and had the stupid idea to put Donald Trump’s head on my body in a yoga pose. The Frenchman swooped in to help me realize my “dream” and something hilarious was born! That spurred on a TON of other ideas for more versions of this, so save this page to see the new ones as I add them here.

This isn’t exactly a political statement. All candidates are fair game, but Trump is definitely the most fun to play with 😉 CAN’T IMAGINE WHY! HE’S JUST LIKE THE REST OF US!

Ok, I’m done, haha 😉 Please note that these are ALL inspired by actual quotes from candidates, but they’ve obviously been changed to relate to yoga. Hence, Yoga Trump, Yoga Bernie, and Yoga Clinton.

Here they are! Enjoy!

1) Yoga Trump 1: I know yoga, I love yoga, and I understand yoga probably better than anybody. You know, yoga can be dangerous, and you have to be careful. But some of my best friends are yogis and I think yoga is just tremendous. 2) Yoga Bernie 1: No American should do yoga 40 hours a week and still not be able to touch their toes. 3) Yoga Clinton 1: Spoiler alert: most of my emails were just yoga selfies.