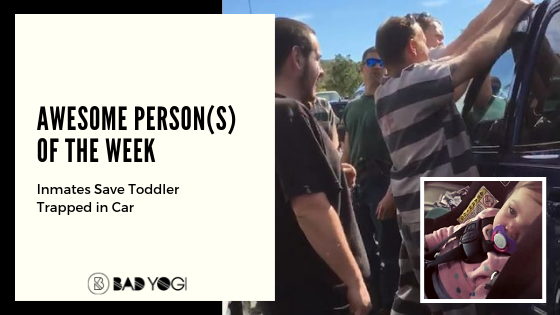 Awesome Person(s) of the Week: Inmates Save Toddler Trapped in Car

The citizens of New Port Richey in Florida recently witnessed unlikely heroes in action when a couple of inmates helped to save the day by offering their help in what could have turned out to be a very dire situation. This week’s awesome person(s) are inmates from New Port Richey’s prison, who came to the rescue of a one-year-old girl who accidentally got trapped inside her parents’ car.

It was an emergency situation

HuffPost reported that this somewhat unusual scene took place outside the courthouse in New Port Richey after one-year-old Dallas’ father strapped her into her car seat and absentmindedly tossed the keys to the front before closing the door. When he went over to open the door to the driver’s seat, the car was locked with the keys inside along with Dallas. Naturally, her parents started to panic. 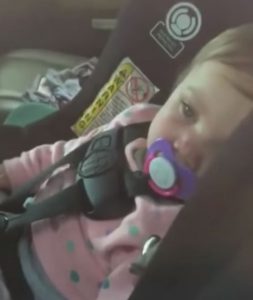 The Washington Post reports that their panic was mostly due to the fact that they knew they couldn’t afford a locksmith. Dallas’ dad was considering breaking the car’s window to get in. Luckily, there were inmates nearby who were repairing medians in the parking lot. They saw what was going on and asked their supervisor, Deputy Richard Stanger, to give them permission to lend a hand, promising that they could get into the car without resorting to breaking the window.

It’s not every day that nifty lockpicking skills pay off, but in this case, it did. The inmates got to work. David Freyn used a coathanger to push the electronic lock on the door, while his fellow inmates helped to pry the door open. It only took them a couple of minutes before the door finally unlocked, triggering the car’s alarm. Dallas’ mom, Shadow Lantry, was very relieved. “Thank God for all the criminals in the world. I respect all y’all,” she said. Thanks to the inmates’ nifty work, Dallas was only trapped in the car for about five minutes and was completely fine. 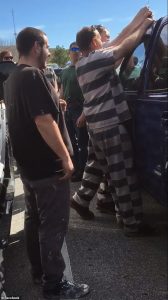 Inmates helped to unlock the car by using a coat hanger.
Image: Facebook

These inmates are trying to right the wrongs of the past

Pasco County Sheriff Chris Nocco said after the incident that the inmates in question were low-level offenders and that they would only give inmates permission to do what they did when the deputies are around. He added that only a small percentage of criminals are actually out to hurt people. “A lot of them, like these individuals, they know they made bad mistakes, bad choices — but they want to do the right thing in life,” he said.

If this isn’t proof that there are still some good people in the world, we don’t know what is. Obviously, most of us usually associate inmates with crime, but this incident goes to show that we really can’t just judge a book by its cover. If it weren’t for these inmates, the situation might have turned out very differently. Here’s to keeping an open mind, no matter what someone’s background might be.