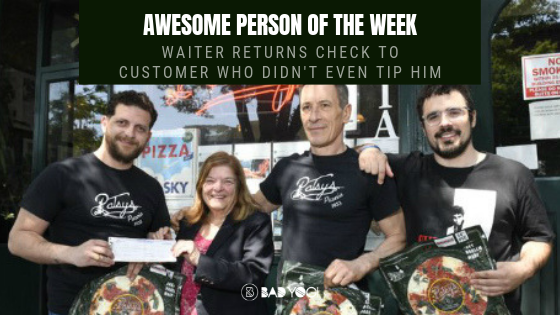 Awesome Person of the Week Popular Trending May 16, 2019

Awesome Person of the Week: Waiter Returns Check to Customer Who Didn’t Even Tip Him

Earlier this month, a waiter at a famous New York City pizzeria made the news after he returned a check to a customer who didn’t even tip him after her meal. He did this without a second thought, which is saying something.

No tip for you

We all know that it’s customary to tip – after all, waiters make most of their money from tips, and unless something totally terrible happened during a meal, there’s no reason why you shouldn’t give that customary 20%. Today reports that 27-Year-old Armando Markaj, who works as a waiter at Patsy’s in New York to put himself through med school, was denied his tip after the customer he was serving wasn’t happy with his answer to a question she asked about the restaurant’s decor.

The customer, Karen Vinacour, went to Patsy’s with her daughter, and when she asked Markaj why the restaurant’s walls didn’t have many photographs of women, he shrugged and answered, “Maybe women don’t eat a lot of pizza?” Vinacour didn’t like his answer, and when the time came to tip, she decided not to.

Finding a check worth nearly half a million dollars

When Markaj came to clear the table after Vinacour had left, he almost threw away a folded piece of paper along with the rest of the trash. Luckily, before he threw everything away, he saw that it was a Citibank envelope. He opened it to find that it held a check worth nearly $424,000. Had he cashed it, he would no longer have had to waiter to pay for med school – it was a perfect way out, but despite the fact that Vinacour hadn’t treated him too kindly, he immediately did the right thing, running out to the street to find her. Unfortunately, she was already gone. 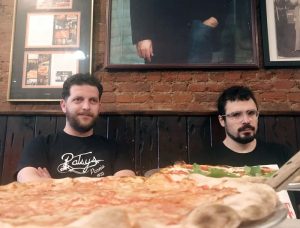 Markaj took the check to Patsy owner Frank Brija, and the two of them, along with Brija’s son, started to try and track down Vinacour. They had her name from the check and spent hours trying to find her on the internet with no luck. After this, they contacted the New York Daily News for help.

In the meantime, 79-year-old Vinacour, who is a retired social worker, was frantically in search of the check. After realizing that it was gone, she went to the bank, but was told that, because it is a cashier’s check, it couldn’t be stopped for three months, and that was if someone hadn’t already cashed it. This was not good news for Vinacour – the check was her life savings and she was planning on using the money as a down payment for a new condo. Vinacour started calling all the places she’d been that day, including Patsy’s. As it turned out, there is another Patsy’s in a different location and the staff there told her that they didn’t know anything about a check. Vinacour had no idea that she’d called the wrong Patsy’s.

The restaurant managed to find Vinacour

Luckily, the Daily News staff came through and managed to connect Vinacour with the correct Patsy’s staff. When she realized that the waiter she hadn’t even tipped had gone through so much trouble to get her money back to her, Vinacour was quite embarrassed, saying that Markaj is an amazing young man: “He could have thrown it in the garbage. I mean, he had that option of throwing it in the garbage, because we were not very nice to him,” she said. She added that not tipping Markaj wasn’t her best moment and apologized. She even offered to pay the gratuity she owed him, but Markaj graciously declined the offer. 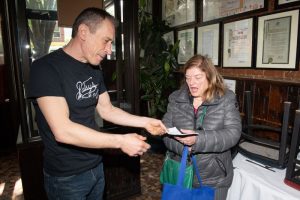 Patsy’s owner, Frank Brija, was happy to be able to return Vinacour’s check to her.
Image: Barry Williams for New York Daily News

After finding out why Vinacour hadn’t tipped Markaj, Birja decided to celebrate the fact that they could return Vinacour’s check to her by putting up a picture of her on the wall. He shared this news with Vinacour, pointing out some pictures of women on the wall she missed during her first visit. 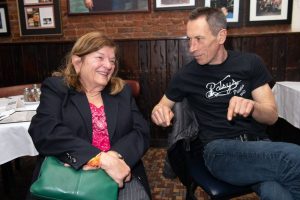 Brija told Vinacour that they will be putting up a picture of her on the restaurant’s wall.
Image: Barry Williams/for New York Daily News

He told her that her picture will be framed alongside some amazing women, like the legendary journalist Barbara Walters, former City Council Speakers Christine Quinn and Melissa Mark-Viverito, and the former First Lady Chirlane McCray. It’s a really nice gesture, and we bet that Vinacour will tip in the future. It’s nice that the restaurant took what she said into account, even after she was a bit rude to one of their waiters.

If there’s one thing we can learn from all this, it’s to be kind to people no matter what, even when you disagree with their opinions about something. You never know when you might be in dire need of their help.