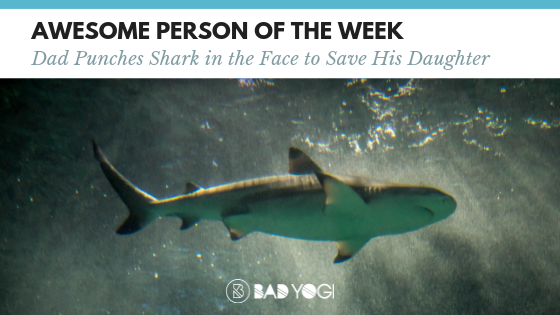 Awesome Person of the Week: Dad Punches Shark in the Face to Save His Daughter

It’s no secret that parents will do absolutely anything for their children, especially when they’re in danger. The fierce protectiveness that is a natural byproduct of being a parent proved itself once again when a man saved his daughter from a shark by literally punching it in the face.

Keeping your cool in challenging situations

This past Sunday, Charlie Winter and his daughter Paige was visiting the beach at Fort Macon State Park. Today reports that the two of them were standing in waist-deep water when all of a sudden Paige got pulled under. Her dad, who is a veteran firefighter and paramedic, kept his cool. Instead of panicking, he punched the shark in the face five times until it let go of Paige.

Being a paramedic, Winter could immediately make a quick analysis of the extent of Paige’s injuries. The shark got her on the leg, and he started to apply pressure to it while hurrying her back to the shoreline. If he hadn’t remained as calm, Paige probably wouldn’t be alive right now. 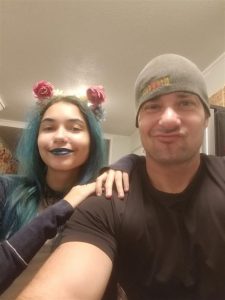 Charlie Winter managed to save Paige’s life through quick thinking and staying calm in a terrifying situation.
Image courtesy of Brandon Bersch

Staying positive in the midst of adversity

Paige had to undergo emergency surgery and, unfortunately, her leg had to be amputated. She also suffered some severe injuries on both her hands. It seems that the 17-year-old has her father’s brave fighting spirit, because she’s not allowing any of what happened to get her under. She’s choosing to stay positive, even though there are still numerous surgeries waiting on her. Brandon Bersch, who is a close family friend, says that as soon as Paige woke up at the hospital, she said that she doesn’t feel any hostility towards the shark that caused all her injuries and she still loves the ocean. In a Facebook post, Paige’s mom, Marcy Winter, posted that she was already cracking jokes, and “wants everyone to know that sharks are still good people.” 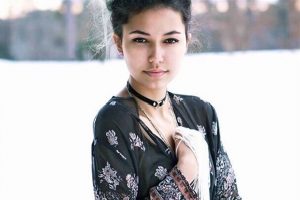 Paige is determined not to be negative about what happened to her and doesn’t hate the shark that attacked her.
Image courtesy of Brandon Bersch/CW Photography

Paige is not entirely wrong about sharks being good “people”. According to Tyler Bowling, who is the manager at the Florida Program for Shark Research, most sharks are not dangerous at all and most of the time, they actually grab humans by mistake. Bowling also praised Winter’s quick thinking, saying that the best way to defend yourself against a shark is by hitting it on its snout or gills.

Winter has saved many lives before

This was not the first time Winter saved a child’s life – back in 2013, he saved a 2-year-old boy from a burning house, which earned him the Veterans of Foreign Wars of the US National Firefighter Award.

Charlie Winter and his daughter Paige are both to be praised – Winter, for saving his daughter’s life, and Paige, for being so brave and not allowing this bad thing that happened to her to make her bitter and angry. In the end, it all depends on how you look at a situation. Paige has every right to hate sharks, but she doesn’t, and she chooses to stay positive. Staying positive in bad situations will change your outlook, which, in turn, will change your life.