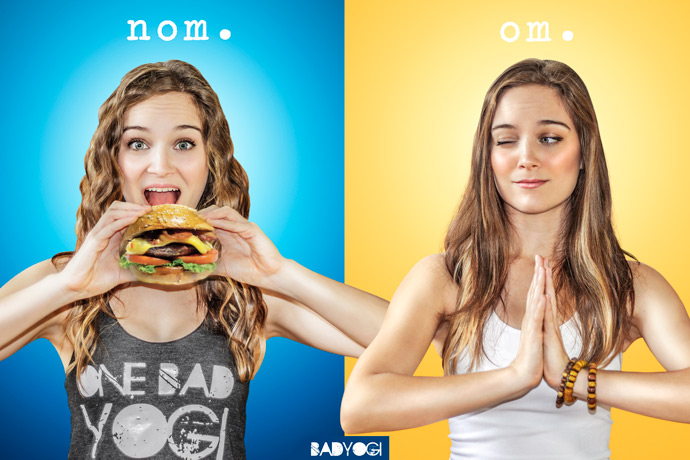 An Open Letter for the Bad Yogi Haters

Honestly, it’s been the kindness. Bad Yogi is made up of some of the loudest, most supportive, fiercely loyal people in the world and each and every one of you is one more reason why this community is so great. But a few times a week, punctuating the positive stories, comments, and encouragement hitting my inbox, there are those who have something nasty to say. Occasionally it’s constructive (“you should do longer videos”), sometimes it’s just unnecessary criticism (“so and so is so much better,” etc), and other times it’s downright mean (“you’re so fake!”).

I got a few in a row recently that accused me of being disingenuous, fake, and telling me that what I say about eating meat and telling people not to stress over following a certain diet is “wrong.” I won’t lie to you: my first gut reaction is to get pissed and fire back to defend myself (and us!), but I know that this does little more than perpetuate the exact aggressive attitudes that we’re all trying to change here at Bad Yogi.

Plus, there’s a reason why people will try to tear you down.

We’ve all heard the argument that bullies “bully” because they’re insecure about themselves, but I’d take it one step further. Especially in the yoga world, there’s a TON of competition to be the best, most knowledgable, most spiritual, most “inspiring” teacher out there, and anytime someone sees another in front of them speaking in a way that they disagree with, their knee-jerk reaction is to make sure that other person knows that they’re wrong. I think it’s because they hope that somehow it brings the person already out there down enough to stop trying.

Want to know what I really think though?

It’s sad that these bullies believe in themselves so little. They don’t think they have what it takes to be the ones putting themselves “out there” so instead, they turn to the ones already doing it and try to make them bend to a different belief so their own are validated.

Whether you’re in the yoga world experiencing this, or putting yourself out there in other ways, the naysayers will always be there. But remember that it’s part of the journey, and every single successful person in the world has a group of people who disagree with them, no matter how much good they’re doing. Sometimes it comes in the form of people telling you you’re wrong, sometimes it comes in the form of people doubting you, betting on your failure, telling you that you’ve “changed” in a bad way, etc. None of it matters, though.

Bottom line: STAY TRUE TO YOU, no matter who tells you its wrong. If anyone is benefitting from your work and your influence, then stay on that path and keep going for your dreams.

Over to you: have you ever been doubted? Do you have a story of triumph over people who maybe didn’t believe in you OR flat out discouraged you? Are you currently facing that? Do share!