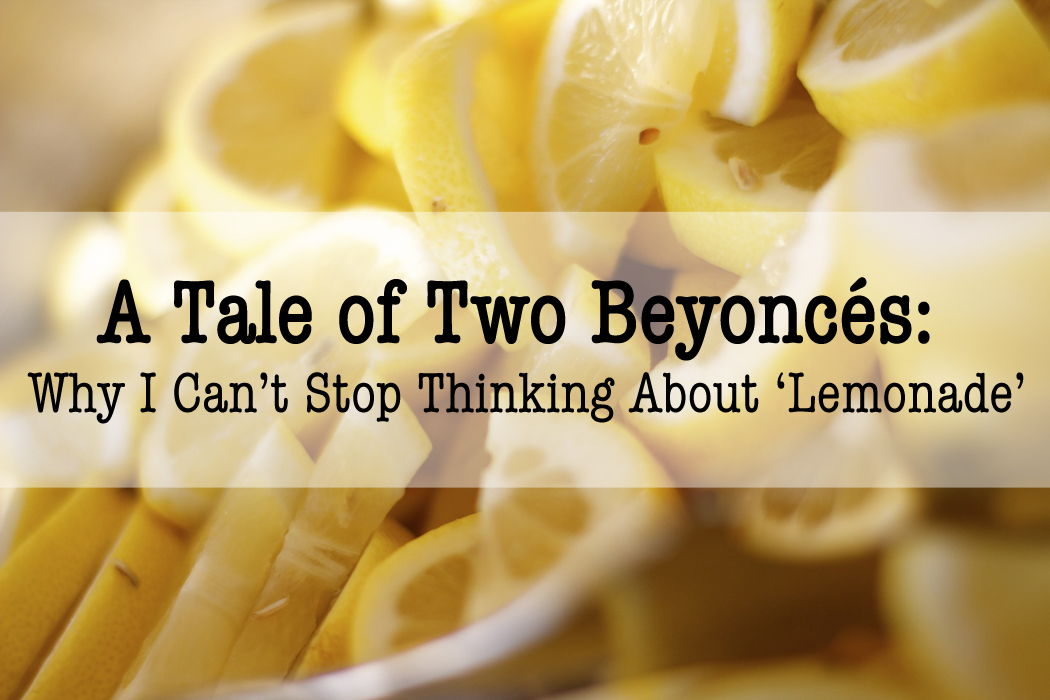 A Tale of Two Beyoncés: Why I Can’t Stop Thinking About ‘Lemonade’

Unless you’ve been living under a rock, you know that just a few weeks ago Beyoncé released her newest album, ‘Lemonade’, complete with a one-hour feature film. While backlash began to circulate after the release of the album’s first single, Formation, the media frenzy continued with the album’s undeniably controversial topic: infidelity.

While the media continues to publish article after article about Jay-Z’s supposed infidelity, I want to speak more to the actual substance of ‘Lemonade’.

Let me start by saying I am an unashamed Beyliever. I’ve been a Beyoncé fan since I was eight years old and ‘Say My Name’ came out during the Destiny’s Child era. Later, as Beyoncé’s solo career broke records and reached peak success, my obsession only continued to grow.

I spent last week in Austin, Texas at a conference, constantly bombarded by news of Lemonade’s genius on my Twitter feed and unable to find time to listen. Eh, her last album was okay but this one probably won’t be much better, I thought to myself. I couldn’t have been more wrong. After downloading the album and watching the film alone in my hotel room, I found myself crying like a baby as the credits began to roll. I felt an inexplicable pressure building in my chest as I was overcome with emotion.

I took the week to emotionally process it. Now let’s talk about it—buckle up.

Lemonade is important. Important in the sense that this is finally the work where Beyoncé finally bares her true self to the world. It took watching this film to see that the Beyoncé I had come to know and worship was merely a whitewashed version of an icon we as society created. For years, she’s been churning out hit after hit streamlined to exactly what the mainstream audience wants to hear. This album is a revival. It’s powerful not only in the substance of its unapologetic, strong, feminine, emotional lyrics, but also in its visual undertaking. The film portrays a heartbreakingly raw account of an emotional journey after discovering your partner has been unfaithful. Whether it’s about Jay-Z or her father, either way, Beyoncé truly made me feel like I was seeing her for the first time.

As a woman of color, I’ve always struggled with finding other women of color in pop culture I can admire and relate to. It wasn’t until experiencing ‘Lemonade’ that I looked in the mirror and said, Wow, that was hard to watch. That’s the woman I should have been idolizing all these years. I recognized something in her emotionally and physically that resonated with me. Before this, she had always been unreachable; the media has crafted her into this ‘being’ and stripped away her humanity.

In the ‘Lemonade’ film, one song cuts to images of Black women gazing into the camera with a segment of a 1962 speech given by Malcolm X titled, “Who Taught You to Hate Yourself?” He says, “The most disrespected person in America is the black woman. The most unprotected person in America is the black woman. The most neglected person in America is the black woman”. Damn if he isn’t right. Our nation is now at a crossroads in terms of race relations and the Black community is certainly treated as ‘lesser’. There’s no way anyone can deny that—and it’s 2016. As a product of an interracial marriage, I can only hope my children never have to experience the prejudice both my parents and I have. Because the thing about prejudice is that it doesn’t discriminate: it comes from people of all different colors and sizes. In a sense, that has worn on me over the years. Made me wary of myself, and my looks. Of who I am, my very essence.

I read a quote from Lupita Nyong’o this morning talking about her new Broadway play, Eclipsed. When asked why she took the role over a major Hollywood production, she responded beautifully: “I think as women, as women of color, as black women, too often do we hear about what we ‘need to do’. How we need to behave, what we need to wear, what’s deemed as too much or not enough, the cultural politics of what society considers appropriate for us and for our lives. The most important questions you can ask yourself are ‘What do I want? Who do I want to become?’”

As I sat on the bus this morning listening to ‘Lemonade’, I looked at my reflection in the mirror. At my curly, big hair and the freckles across my nose. I listened and finally felt what Beyoncé was trying to say to me: ‘This is the new me. This is for you and all women. I am unashamed—as you should be”.

So in response to those saying that Beyoncé is too full of herself now, that they don’t like her new album, that she’s completely overrated—that’s fine. You’re not listening closely enough. 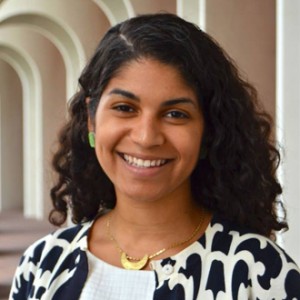