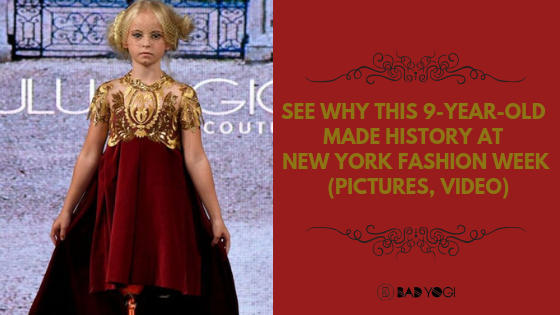 See Why this 9-Year-Old Made History at New York Fashion Week (Pictures, Video)

New York Fashion Week is in full swing and it’s already come up with plenty of surprises. This year, a young girl made history on the runway, but not for the reasons you might think.

Daisy-May Demetre is only nine years old. According to BBC News, she comes all the way from Birmingham and is believed to be the first double amputee child to grace the catwalk in an official New York Fashion Week show. 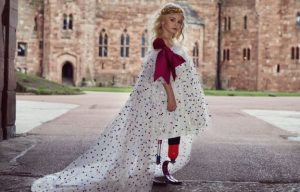 Following a dream no matter what

The Independent reports that Demetre lost her legs when she was just 18 months old due to a birth defect called fibular hemimelia. This is a condition where a part or all of the fibular bone is missing.

Demetre isn’t allowing this little detail to prevent her from pursuing her dreams – if anything, it just made her more determined. Her debut at NYFW wasn’t her first time on the runway.  Her modeling career started at age eight when she appeared for River Island. She also modeled for famous brands like Nike and Boden. Demetre walked a show for Lulu et Gigi Couture during London Kids’ Fashion Week where she was chosen to represent the brand this September at NYFW. That’s a pretty big achievement in itself, but to top it off, she was also named as the brand ambassador for the clothing line. Who said you couldn’t do big things at age nine?

The designer loved her

Eni Hegedus-Buiron, who is the designer of the French-inspired children’s clothing, thought Demetre the perfect fit for the September 8 show – and she wasn’t wrong. She told BBC that it was a no-brainer. “I was asked if I was okay with having an amputee walk in my show. To be honest I was surprised by the question. For me, a child is a child and thus is beautiful and perfect. So, of course, I said yes.” 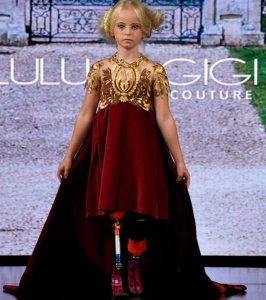 Demetre looked like a true queen on the runway.
Image: Getty Images

Demetre’s father is bursting with pride

On Sunday, Demetre was joined on the runway by her 11-year-old sister Ella. According to her father Alex, she was “amazing” and was really proud of herself for being able to walk the runway at NYFW. “Daisy and Ella both did amazing. [Daisy] walked it like a professional and had fun doing it. She felt really proud of herself for what she achieved.” Her father previously told CNN that he is inspired by Daisy and everything she’s achieving. “She inspired me by showing me who she was. She takes on life with a smile on her face and she does remarkable things. Whether it’s dancing, singing, she is a very special little girl.”

Inclusivity is the new cool

Lulu et Gigi Couture is known for its commitment to inclusion and diversity. On the brand’s website, the mission statement is clear: “We believe that inner beauty comes first; from within, and our garments are made to enhance each child’s uniqueness. Inclusion and diversity are fostered, celebrated and encouraged.” 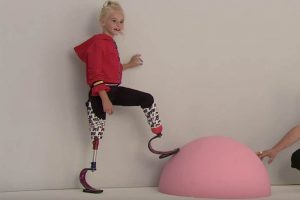 It seems that the brand is working hard to make sure that it practices what it preaches, and people noticed. Many took to Instagram to share their happiness and excitement when it was announced that Demetri would walk the runway for Lulu et Gigi Couture. One person wrote, “This is so incredible. Congratulations Daisy-May” while another commented that “this is amazing”.

Demetre’s debut on the catwalk comes just in time after last year’s NYFW, which, according to The Fashion Spot, was the most inclusive season yet – all races, ages, and sizes were included. We salute NYFW and the fact that it is trying to make one of the biggest fashion events of the year as inclusive as possible. This is the kind of progress we like to see!

When it comes to a dream, there are no excuses

Demetre is set to show off her modeling skills once again at the top of the Eiffel Tower at Paris Fashion Week later this month. We can’t wait to see her in action again. She truly is an inspiration. She’s a reminder that excuses are just that – excuses. Those of us who have opportunities in front of us but are scared to take the risk can all learn something from her – just go for it. You can’t lose anything, and if you win, the victory will be so, so sweet.

You can watch the video of Demetre walking the runway here.