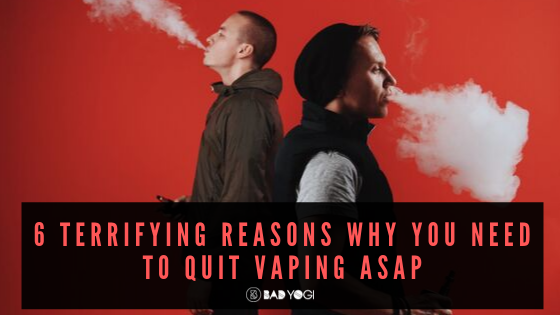 6 Terrifying Reasons Why You Need to Quit Vaping ASAP

Vaping has been making headlines on news outlets for the past few weeks. The reason? Well, people are suffering from life-threatening side effects. So much so that New York put a ban on all flavored vaping products. Massachusetts just put a ban on all vaping products for four months effective immediately, according to ABC News. But why is this only happening now and what are the real dangers? Sit tight, you’re about to be informed.

To provide you with a little background, at the beginning of September, Health reported that there have been six deaths and 380 reported cases of severe lung disease related to vaping. Now ABC News reports that the latter rose to 530. Funny thing is, us humans seem to love to dance on the edge, and despite the frightening reports, people just can’t seem to put down their e-cigarettes.

The situation got so bad that in early September, the general public was presented with a warning from the Centers for Disease Control and Prevention. In the warning, the organization asked people to consider to stop using e-cigarettes entirely. A similar warning was issued by the US Food and Drug Administration, in which the organization asked consumers to refrain from buying vaping devices “off the street”. It also urged people not to tamper with the cigarettes or its intended substances.

If you didn’t already know what vaping is, it basically consists of using a vaporizer. This is a device that heats and aerosolizes a juice or solution which is then inhaled. An e-cigarette uses a nicotine-based solution, which means it’s just as addictive (and bad for you) as a normal cigarette. Now, let’s have a look at all the ways vaping could potentially kill you. 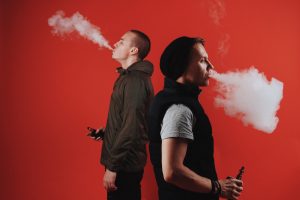 1) The vape device itself could be dangerous

E-cigarettes have the potential to explode. Yup, no kidding. In June 2019, a 17-year-old had to learn this the hard way when his e-cigarette exploded in his mouth. He was left with a punctured chin, a fractured jaw, and suffered from extensive lacerations. His jaw had to be re-set and we’re pretty sure that he swore off vaping after that.

2) It can cause cancer

No surprise here. Just like normal cigarettes, vaping can cause cancer. It does, however, seem to do this more effectively than your everyday ciggy. Tamanna Singh, MD, a cardiologist at Cleveland Clinic, told Health that the solutions or juices used in vaping devices are the huge culprits: “This solution consists of particles associated with cardiopulmonary toxicity and cancer. Formaldehyde, for instance, has been isolated from vapor and is a known carcinogen.” 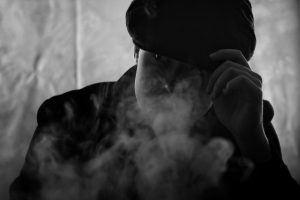 For clarification, formaldehyde is actually an industrial-strength fungicide and disinfectant. Yeah, any sane person would know that inhaling that is not a good idea. Want to know what it’s used for on an everyday basis? According to the National Cancer Institute, it’s mainly used to embalm or preserve bodies in mortuaries. It’s clear that this substance isn’t going to do you any good while you’re alive.

Then, of course, vape solutions also contain nicotine. As every smoker out there knows, it’s highly addictive and also seen as a gateway drug. If you’re not a smoker, be thankful. If you are, this is a sign that you really need to stop right now.

3) Vaping can cause severe lung damage

Your lungs are the reason you’re able to breathe right now – we’d recommend not destroying them on purpose. The problem with vaping is that, since it’s still such a new thing, experts still don’t know the full extent of its long term effects. As was proven this year, the short term effects are already horrifying and that should be enough to put you off it. 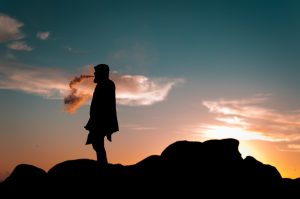 John Carl, MD, a pulmonologist at Cleveland Clinic, says that doctors are well versed in the short term effects vaping has on the lungs. According to him, the most common side effect of vaping is that it increases inflammation in the lungs. On top of this, it can also paralyze the cilia, which is the “hair-like” projections that are found in the airways of your lungs. Its function is to remove microbes and debris. Once paralyzed, it’s unable to protect the lungs, which means that you have an increased risk for infections like pneumonia. In fact, lipoid pneumonia, which is caused by lipids or fats in the lungs, as well as chemical pneumonia caused by the inhalation of chemicals, have been linked to vaping.

4) You could be at risk for respiratory problems

According to a research paper published in the BMJ, an increased risk in wheezing and related respiratory symptoms have been linked to vaping. The report contains an analysis that had been done on nearly 30,000 people who smoke cigarettes, vapes, or both or neither of the two. Comparing the data gathered from those who don’t smoke cigarettes or vapes to the data of those who do, showed that wheezing and related respiratory symptoms are significantly higher in those who vape. The reason for this is because vaping causes inflammation in the airways.

This is not just a story to scare people off. Yes, the research showed that vapers have an increased risk compared to those who don’t vape, but a report from the New England Journal of Medicine that was published in September showed that the threat is very real. It looked at 53 patients who experienced “severe unexplained respiratory illnesses” in Illinois and Wisconsin. This is what sparked the earliest reports about the severe lung illnesses related to vaping in July and August. The aforementioned patients were all admitted to the hospital and diagnosed with respiratory, constitutional, and gastrointestinal symptoms. This included chest pain, shortness of breath, coughing, nausea, vomiting, fever, and weight loss. All these patients had been using e-cigarettes within 90 days before they experienced these symptoms.

The report linked vaping to severe pulmonary disease among young people, known as COPD, which is a chronic inflammatory lung disease that causes issues with airflow to the lungs, according to Mayo Clinic. This condition can worsen over time and increase your risk of heart disease and lung cancer.

5) It can damage your entire cardiovascular system 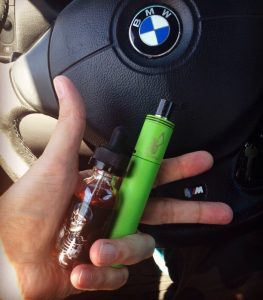 E-cigarettes are especially good at creating these conditions because some of the flavors, including cinnamon, leads to endothelial cell dysfunction, which eventually leads to cardiovascular diseases according to the Journal of the American Collge of Cardiology.

6) Vaping could cause seizures

Did you know that exposure to too much nicotine could cause seizures? A statement from the FDA in April confirmed that “some people who use e-cigarettes, especially youth and young adults, are experiencing seizures following their use.” 35 Cases of seizures that were reported between 2010 and 2019 were thought to be due to the side effects of nicotine poisoning. 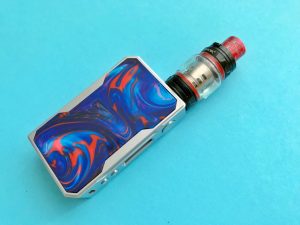 Researchers have not yet proved that there is a direct link between vaping and seizures. Some of the documented cases might have been people who either have other underlying health issues or used other substances along with vaping.

No matter how you look at it, vaping is super bad for you. In fact, vaping was actually originally invented to help people quit smoking. This created the false idea that vaping is healthier than cigarettes – it’s not. According to Dr. Carl, vaping was supposed to be used in conjunction with programs to help smokers change their behavior. Now, brands like JUUL are advertising it as a healthy alternative. 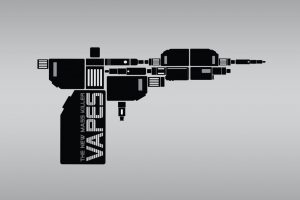 If you’re still struggling to put that e-cigarette down for good, ask yourself whether it’s worth risking your health for. Yeah, sure it gives you a quick feel-good fix, but is that fix really worth risking your life for? Your body is an amazing machine, but if you continue to pump it full of toxic chemicals you can’t expect it to serve you well for very long. Don’t become another statistic. Change your habits. It’s never too late.