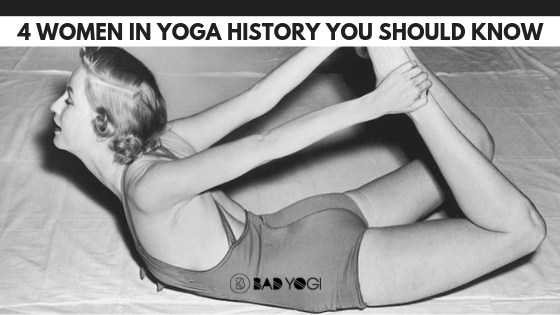 4 Women in Yoga History You Should Know

March is Women in History month, and we’d be missing a major opportunity if we didn’t take a moment to tip our hat to some of the amazing women in history who have helped to make yoga what it is today.

Originally developed by men, for men, it wasn’t until centuries later that women were able to practice yoga, and began to take revolutionary roles in its western development. 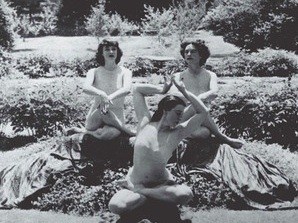 Blanche DeVries is credited with opening the very first female-owned yoga studio in the United States, in addition to contributing to a shift in attitudes about women’s autonomy and sexuality. In 1913, Blanche met who she would eventually marry, famed (but also controversial) yoga teacher Pierre Bernard. By 1914, she had mastered her training in Hatha Yoga so well that Pierre put Blanche in charge of his Yoga School for Women.

In February 1919, backed by several wealthy patrons, De Vries opened an institute teaching Yoga Gymnosophy – and here, in a five-floor town house on East 53rd Street, yoga took on its most refined and modern incarnation to date.

DeVries opened her own yoga studio in NYC in 1938, teaching until 1982, just two years before her death in 1984 at the age of 92. Blance taught and influenced movie star clients and many teachers who would influence the practice in later years to come.

“Yoga is a profound science

for integrating body, mind and spirit

into a harmonious whole.” 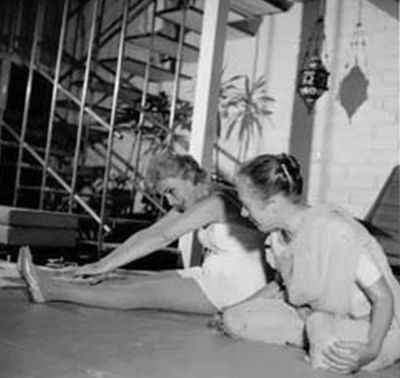 First, he refused. After all, she was not only a Westerner, but also a woman. But eventually, he agreed to teach her and later even supported her in her desires to begin teaching yoga herself.

In 1946, Indra opener a yoga school in Hollywood, CA, which attracted many famous movie actresses. Meanwhile, friends urged her to call her teaching anything but “yoga”. Post-war Americans would have no sooner signed up for yoga than for fire-eating as it was still a decade before it was introduced on public television in America.

But Devi was undeterred. After all, her persistence already broke through a centuries-old glass ceiling by practicing yoga- as a Westerner AND (gasp!) a woman- with Krishnamacharya.

Devi authored a book, Yoga for Americans, which truly shows her progressive, warm-hearted, and even funny side:

“The Indians claim that people afflicted with arthritis should always keep a raw unpeeled winter-crop potato close to their skin,” she wrote. “I myself have seen a woman, who previously had hardly been able to move her fingers, open and close her fists a week after she started playing around with a potato…. Since there is no risk of any kind involved in holding a potato, and since you may even start a new fashion by wearing one around the neck like a medallion, you could safely try this experiment…. And let me know the results.” –Indra Devi 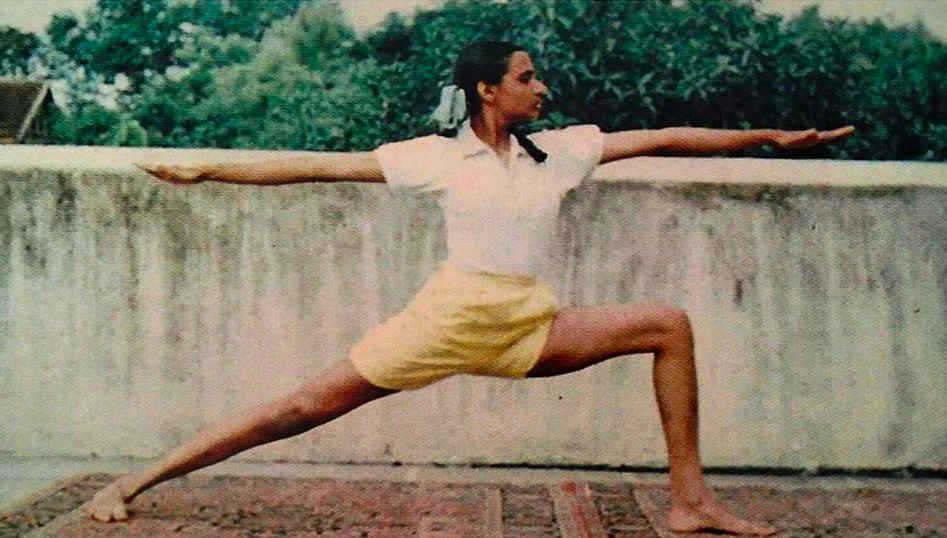 The eldest daughter of B.K.S. Iyengar, Geeta was the most senior practitioner of Iyengar Yoga, and is credited with advancing yoga for women’s health.

Geeta studied yoga with her father from an early age after losing all but half a kidney to nephritis. After graduating from high school in 1961, she began substituting for her father when he was away, traveling for international teaching tours. Since her father’s retirement in 1984, she was co-director, with her brother Prashant, of the Ramamani Iyengar Memorial Yoga Institute (RIMYI) as well as undertaking her own international teaching tours.

Iyengar adapted her father’s method of yoga to the specific requirements of women, helping to provide specific poses, breath work and sequences are given for different stages in a woman’s life including menstruation, pregnancy, postpartum, and menopause.

“We are missing the gold if we do asanas as a physical practice only.”

While not the first yogini in the United States, and even generations after women began to introduce yoga into the mainstream, Lilias still deserves a mention. Lilias taught yoga to PBS viewers across the country for nearly 30 years. Her show, “Lilias, Yoga and You” began in 1970 and was broadcast nationally from 1973-1999.

“What the mind has forgotten,

the body remembers long after.”