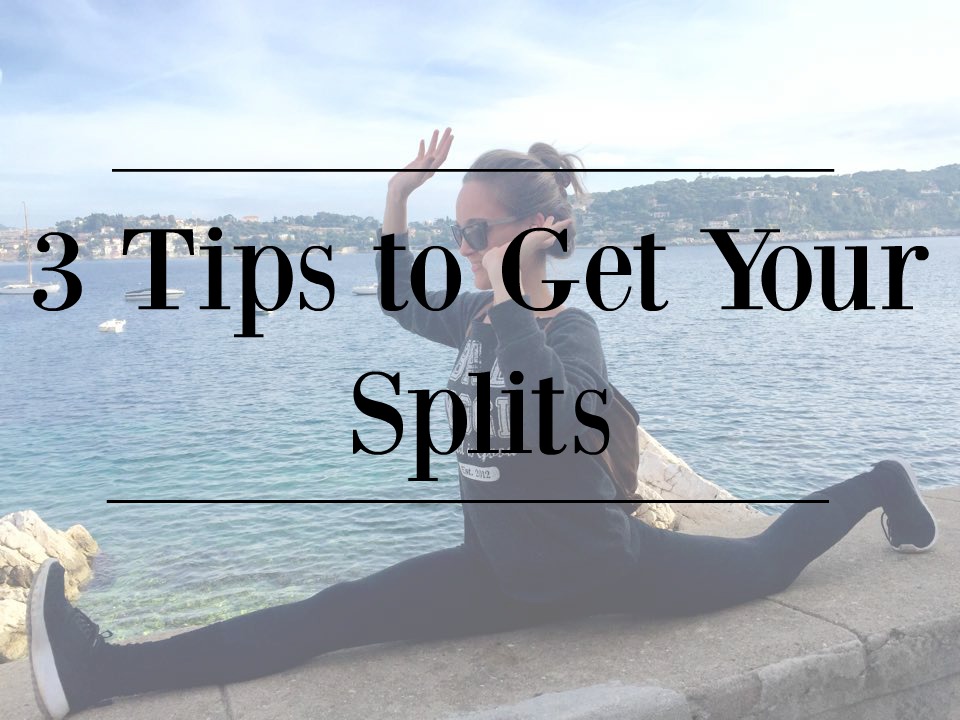 How’s your week been so far? Anything exciting coming up?

If you saw me on Facebook Live chatting yesterday, you probably know that I’ve been doing a bunch of work on a new project for us which I’m SUPER excited for but also SUPER nervous about putting out there. Since I was buried deep in yoga stuff, I started thinking about Splits and how elusive they are for some of us, and I wanted to put out a few quick tips for how to work up to them correctly 🙂

1) Ease in to your stretching.
In other words, don’t try to immediately get down in to a split or even a deep stretch to prep for a split, right away. If, for example, you’re in a kneeling lunge, don’t start off by going as deep as you can in to that prep pose. Instead, go super super easy at first and stretch just until you feel a slight sensation of stretch or release, and sit in that space for a while. A few breaths later, you’ll notice the hamstrings and hips start to release and you’ll ease deeper in to the pose without much effort.

2) Be consistent!
Progress is rarely made based on work done once in a while. You’ll get much MUCH farther if you do a little bit every day or even a few times a week than if you do something randomly once every two months. Small, consistent efforts will give you BIG time results. Don’t underestimate them!

3) Time your prep poses.
I’ll be somewhat vague here because it’s easier to demo in video than via text, but let’s try… for example: sitting in seated forward fold at a medium effort for 1-minute and allowing your body to release in to the stretch without forcing it will be more effective and helpful than if you forced a super deep stretch for the same amount of time. So when doing prep poses like this, hold the variation that feels relatively sustainable for 1-minute, then take a 10-second rest, and follow up with one more 30-second hold.

If you want a full demo of all of this, be sure to snag a copy of the Splits Starter Kit and use this coupon for $5 off! Over to you! What are your go-to tips for working difficult poses in to your practice?